Angelus and its sister publications brought home a total of 29 Catholic Media Association (CMA) awards for works published in 2020.

The awards were announced June 10 at the end of the annual Catholic Media Conference, which was held virtually for the second straight year due to the COVID-19 pandemic.

The archdiocese’s Spanish-language newspaper, Vida Nueva, was only able to publish three issues in 2020 before the coronavirus lockdown paused publication. However, those three issues alone earned a total of 8 awards, including first and second place awards for reporting. The archdiocese’s Catholic Directory also won an “Honorable Mention” in the CMA Book Awards.

Best Illustration with Graphic Design or Art: "The Next Four Years: A Catholic Vision for America" by Jacob Popcak

Best Essay - Diocesan Magazines: "The victims of our progress" by Elise Italiano Ureneck 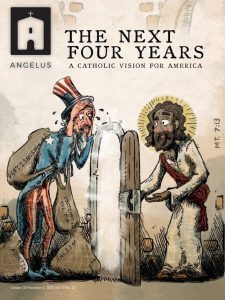 Winner of the First Place CMA award for "Best Illustration with Graphic Design or Art."

Best Coverage – Racial Inequities: "Conversations and conversion" by Sophia Martinson, "The ultimate scapegoat" by Heather King, "George Floyd and us" by Archbishop José H. Gomez, "My K Street epiphany" by Andrew Rivas, "‘It should not be this way’" by Pablo Kay 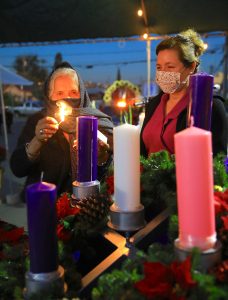 Best Feature Article - Diocesan Magazines: "Picking up the mantle" by by Ann Rodgers

Best Reporting of the Celebration of a Sacrament: "In sickness and in health" by Sophia Martinson, "An air of hope" by Christa Chavez, "Pulverizing sins" by Father Bernard Mulcahy, OP, PH.D.

Best Special Issue: "Be not afraid! John Paul II at 100" by Angelus Staff

Diocesan Directory: "2020-2021 Catholic Directory of the Archdiocese of Los Angeles" by Angelus Staff 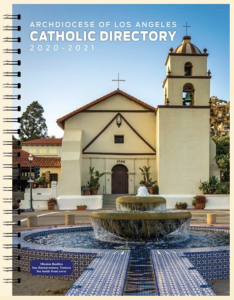 Winner of the Honorable Mention CMA award for "Diocesan Directory." 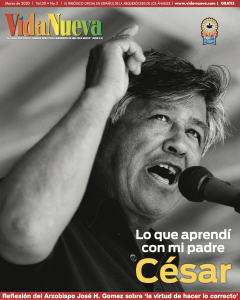 Winner of the Honorable Mention CMA award for "Spanish Publication of the Year."