Last April, Sophia Scott faced something highly unusual in her life: a summer that was completely free.

The Marymount High School senior normally would spend her summer as a student intern, like last year, when she shadowed doctors at the UCLA Concussion Clinic.

“I was going to do another medical internship, but because of COVID-19, hospitals were closed to visitors, so that was completely off the table,” she said.

And, with stay-at-home orders in effect in Los Angeles, Scott knew she wouldn’t be able to hang out with friends during vacation. She was determined, however, to make the best of it. “Once everything fell through, I wanted to make sure I used my time as well as I could,” she said.

And, so she did. Within weeks, the 17-year-old had founded and launched Quaranteens, a 501(c)(3) nonprofit dedicated to providing individual, virtual tutoring services in a wide array of subjects to K-12 students — all free of charge.

Scott built her own website, enlisted the service of several Marymount classmates, and reached out to local education-focused charities, encouraging them to refer students in need to her new online tutoring program.

Quaranteens was driven by Scott’s desire to help students struggling with pandemic-imposed online instruction. “While distance learning was going smoothly for me, I knew it wasn’t going smoothly for a lot of students, especially those who didn’t have access to the same resources I did,” she said. “So, I just decided I needed to help them in any way I could.” 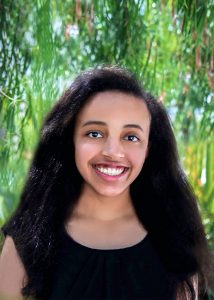 Teachers were not required to interact with their students daily, which further expanded participation gaps. “Low participation may show lost learning, which could take students years to recoup,” the report stated.

Through Quaranteens, Scott experienced this reality firsthand. “I feel like COVID-19 has not only exacerbated existing socioeconomic inequalities, it also has created new ones,” she said. “It’s one thing to read about it in the paper, but it’s another thing to see it, interact with it, and teach it,” she said. “This hit students really hard.”

Over the summer, Scott and her fellow tutors taught hundreds of students not only in Los Angeles and California, but throughout the United States and around the world. Many of the tutors, along with Scott, remain committed to the service even as they begin their own school year.

“We are all just really motivated to do as much as we can to help as many students as possible,” said Quaranteens tutor Leah Kelly, who also is a senior at Marymount. Like Scott, Kelly observed the vast need for learning support, especially at the beginning of summer.

“A lot of the students I’ve worked with felt their school year was essentially cut off last March, which absolutely would have a negative impact on the year ahead,” she added. “So a lot of the work we did was trying to help them catch up.”

Kelly finds volunteering as a tutor to be very gratifying. She recalled one second-grader who needed help preparing for third-grade math. “Each week, we were able to tackle another lesson in the packet of work her teacher had given her,” Scott said.

“By the end of summer, we had not only completed the entire packet, but we had started work in the next grade level. She knew absolutely everything she needed to know and was fully prepared for third grade.”

In addition to offering help with basic subjects such as math, reading, English, science, history, and writing, Scott discovered many students need support with test preparation, including the SAT/ACT and high school entrance exams.

“I had a problem with geometrical angles, especially,” he said. “After I did my practice sessions with Quaranteens, I got way better — I can say for a fact — way better with geometry.” He said every one of his tutors was patient and helpful, and he plans to work with them next on his reading comprehension.

“Tutoring someone takes time and it’s a lot of hard work, and they’re doing it all for free,” he said. “It’s amazing that there are people like that out there.”

Because of Quaranteens, Barags said he has been inspired to give more support to his classmates.

“A few weeks ago, I had just finished my tutoring with Quaranteens, and my friend calls me and says, ‘David, I need help with one question,’ ” he explained. “I acted like a tutor and said, well, let me help you with that. And then he helped another friend. So it was like passing along a tradition — a cycle of friends helping each other.”

Helping others is a central tenet of Sophia Scott’s life. “My high school is part of a global network of schools: the Religious of the Sacred Heart of Mary,” she said. “And their motto is ‘that all may have life, and have it to the full.’ That’s something I’ve really grown to understand more in my four years of high school.”

“There are many ways that people — not only in my local community, but internationally — are deprived of having that access to a full life,” said Scott, who attends St. Anastasia Catholic Church in Westchester. “And I think that is what really motivated me to start Quaranteens and why I am so dedicated to it.”

Salma Choudhurya, a resident of Connecticut and mother of three, was concerned about her third-grade daughter’s math and reading abilities. She also wanted help for her first-grade son, who was learning to read. “All of the libraries were closed over the summer, which is where we would normally go, so I searched the internet and discovered Quaranteens,” she said.

Choudhurya enrolled both children in early July for regular weekly sessions. “I have to say, the tutors were amazing. They were smart, consistent, and reliable. And they were so caring,” she said. Both students made significant advances in math, reading, and writing. “The tutors would email me updates on my kids’ progress after their sessions, telling me what they should work on. They were so organized and helped so much.”

Scott, whose team has grown to 16 tutors, will continue to offer Quaranteens year-round and well into the future. “I realized how many families have become dependent on the service, especially now, for afterschool homework help and things like that,” she said.

Someday, she would like to incorporate music and art into their offerings.

“The arts are something that’s really been neglected in online learning, so we’re trying to expand access there so that doesn’t get left behind.”

Scott said she drew encouragement after reading a recent statistic suggesting that students who aren’t proficient in reading by third grade are four times less likely to graduate from high school, seeing it as a validation of the reading comprehension lessons her program offers.

“What is most gratifying to me,” she continued, “is knowing that something small I’m doing now, like helping a kid become more proficient at reading, could have such a wide ranging impact on their education in the future.”

Like Scott, and many of the other tutors, Kelly plans to volunteer at Quaranteens through her senior year, and beyond.

“I will do this as long as I possibly can, even in college,” she said. “Because Quaranteens tutoring is definitely something I love. And, I think it’s something the students I work with really appreciate.”

For more information about Quaranteens, or to become a volunteer tutor, visit sophiacscott.wixsite.com/quaranteens-tutoring.