The Next Four Years: Only true love can defeat racism

There is a leadership vacuum in the United States when it comes to effectively dealing with issues of race. This is one of the reasons why we have seen violent protests, looting, and vandalism on our streets this year.

There is no one to “rally the troops” like Nelson Mandela did. There is currently no individual who can cut through the rhetoric and speak to the heart of the issue, someone whom Americans can stand behind and say, “Finally, someone who gets it; someone who can unite us.”

This leadership void has, instead, been partially filled by shallow organizations and individuals who are more interested in promoting secularist agendas and ideologies than closing the racial divide.

A great leader of the past shows us the way forward. Martin Luther King Jr. said that if peace and racial equality are to be achieved, “man must evolve for all human conflict a method which rejects revenge, aggression, and retaliation. The foundation of such a method is love.” Racial injustice and prejudice are antithetical to love, truth, freedom, and peace. 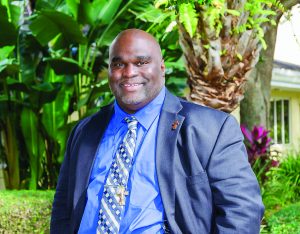 Prejudice is a preconceived notion about someone that is not based on any factual or objective experience, while racism is prejudice or discrimination directed toward someone of a different race rooted in the belief that one race is superior to another.

Even in the history of the Church, Catholic leaders and organizations chose to follow civil law rather than the law of God by owning slaves, implementing segregation in the churches, and excluding minorities from participation in the life of the Church.

This sad reality should serve as a reminder that we are all sinners in need of God’s mercy, and that we are still dealing with the effects of original sin.

The solution to what we are seeing and experiencing in this country with respect to the issues involved in police brutality cannot be found in rioting, looting, or vandalism.

Catholics, working closely with the next administration, can play a significant role in assisting lawmakers to break down the walls of racism by taking a “hands-on” approach to creating pillars of mutual respect and understanding. The two main pillars, as I see them, are promotion of open dialogue about racism and a reevaluation of “use-of-force” law enforcement practices.

Efforts to facilitate change through dialogue and understanding need to be applauded and multiplied, where communication barriers are shattered and respectful dialogue is opened between those in power and the disenfranchised. Deep-seated commitments to building integrity, sharing wisdom, and imparting knowledge can lead to reciprocity of love and change.

Reaching out with compassion to those of different races and hearing their stories, responding with empathy, and working through differences with humble, contrite hearts, can create a harmonic of love that will reverberate in our hearts and throughout our land.

From 2002 to 2008, I had the honor and privilege of serving on the board of the Department of Public Safety Standards and Training for the state of Oregon. I am very familiar with how law enforcement officers are trained, and I will be the first to admit that there needs to be reform and rebuilding.

So what can be done? Advocates should consider the following:

In their 1979 pastoral letter on racism, “Brothers and Sisters to Us,” the bishops of the United States said the following: “The ultimate remedy against evils such as [racism] will not come solely from human effort. What is needed is the re-creation of the human being according to the image revealed in Jesus Christ, for he revealed in himself what each human being can and must become.”

I encourage all American Catholics to lovingly accept Our Lord’s invitation to “go and do likewise” as living signs and witnesses of God’s tender love and mercy, so that the world may see the good that we do and give glory to God.

Deacon Harold Burke-Sivers serves in the Archdiocese of Portland in Oregon.