A vocation of water: How one man is bringing new life to El Salvador

Paul (aka Pablo) Hicks, a project manager for Catholic Relief Services (CRS), is married with three young children. For the past 11 years, he has lived and worked in El Salvador.

He grew up in the Central Valley, one of seven kids. As a teenager in the 1980s, he went to Tijuana with a church group.

That was a turning point. “Because of the wars in Central America, there were massive numbers of refugees and migrants coming up through Mexico to get into California. It was the first time I’d experienced that kind of poverty; not just economic but sexual slavery. Young women, victims without recourse of a broken social fabric, being trafficked. How do you pay your way to the coyote across the border? I’m grateful for the exposure because it took away any romantic thoughts of poverty.” 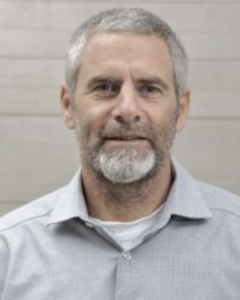 Another experience from that first visit was pivotal. “We were working on a house and we had a generator that was running power tools and the generator gave out. It had enough fuel: What could be wrong with it? This kid who was there — he wasn’t even working with us but he was watching — took out the spark plug and brought it to his dad. They changed it. They pulled it out of their car or something. The kid put it back in and the generator started right up. That has stuck with me all these years. That idea that you’re there saving people, and here’s this kid who’s super sharp, who has ingenuity. He solved the problem.”

At the University of California, Santa Barbara, Hicks was part of a university parish led by the Paulists and Father Ken McGuire. The trips to Tijuana continued. “We’d help build houses. These shantytown neighborhoods would go up in a month, because people would be stuck at the border. At the end of the day, we’d come back to where we were staying for Mass. Then reflect — what is happening here?”

He joined the Peace Corps out of college, went to Honduras where he learned about water systems and sanitation, then got his master’s degree in international agricultural development at UC Davis. He’s been with CRS since 1999.

At some point he realized water was more than an assignment. Water was his vocation.

“For starters, water is everything. It’s your basic health and survival; it’s your quality of life in a home. It’s any business, schools, cleanliness, cooking, your well-being, your convenience.”

And interestingly, to have water in any meaningful way the effort has to be community-based.

“The word ‘rival’ comes from the root word that means river. Your rival is the person on the other side of the river. Part of that is we both need this water. And we’re either going to fight over it or negotiate over it.”

“The reason a community doesn’t have safe water is never because the water isn’t there or because of money. It’s always because of some human, social conflict.”

The notion of the source of water is another motivation. “A book by Charles Fishman titled ‘The Big Thirst: The Secret Life and Turbulent Future of Water’ [Simon & Schuster, $18], posits that our generation will most harshly be judged on the way we degraded our own streams and rivers; our entire water supply. We’re stewards and have a co-responsibility, a social responsibility to manage and protect our water sources.” 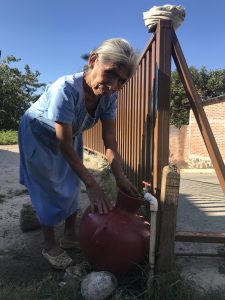 To that end Hicks and his colleagues have spearheaded an initiative, called Blue Harvest, around sustainable agriculture related to coffee.

A drop in the bucket? Perhaps. But 25% of El Salvador’s population has no running water in the home, 40% have no dependable water source, and 50% of the rivers have lost a third of their flow over the last 25 years from poor land management.

And the country has no water law.

So these problems aren’t solved overnight. “Eighty percent of what we do is conflict resolution, from the local to the national level. One of my favorite colleagues recently observed that we tend to see conflict as the problem. In fact, conflict resolution is the work.”

Peace-building is high on Hicks’ list of goals for the coming year. “I have colleagues who would find that ironic. But the point is there’s nothing superficial about it. Deeply, deeply, conflict resolution starts with me. Deal with the plank in your own eye. Because if I can be provoked by my dad because he made a comment about Pope Francis, how can I expect someone to start getting along and negotiating with their neighbor over water?

“El Salvador is an amazing country. Its nickname is ‘the little flea of Latin America’ because it’s so small. But the microcosm of the cosmos is here in this little country.

“Forgive, and be forgiven, seventy times seven. Jesus is saying, ‘This is it. This is your spiritual path.’

SoCal’s newest basilica is ready to show off its makeover