After a year marked by racial protests and a pandemic that forced the annual OneLife LA celebration to go virtual, speakers at Southern California’s premier pro-life event emphasized links between abortion, racism and the erosion of compassion.

People have come to understand “that human life is precious. Also, that life is fragile. How we live and love and care for one another – this is what truly matters,” said Los Angeles Archbishop José H. Gomez in his remarks at the event.

He founded OneLife LA seven years ago as a West Coast celebration of a culture of life. It is centered on the right to life that begins at conception, while connecting that right to efforts to help the poor, immigrants, and other vulnerable people.

Normally, OneLife LA draws tens of thousands of people to downtown Los Angeles. This year, video messages about “the joy of life,” enumerated ways to celebrate life during a year of pandemic, death, and division.

Gloria Purvis, a Catholic radio host who builds bridges between the movements against abortion and against racism, has spoken at past OneLife celebrations, most recently in 2019. She returned as a keynote speaker this year.

When the videos of a white Minneapolis police officer kneeling on a Black man’s neck went global, “all of us at home had a chance to see first-hand an attack on human life. We all saw what happened with George Floyd,” she said. 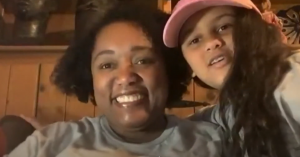 Purvis called such incidents “opportunities for us all to remember that every single person, from the womb to the tomb, is a member of the human family, are made in the image and likeness of God.”

She encouraged everyone to include racial justice in their pro-life witness. Efforts can range from praying about it as family or forming a parish committee to address policing “with an eye to human dignity,” she said.

Catholic evangelist Ryan O’Hara, who lives near Minneapolis, described how he and his wife brought food to George Floyd’s neighborhood after stores were ransacked.

Through a chance conversation with a woman who ran a fireworks stand, they learned that her family lived in a car. The O’Haras rallied friends to assist them.

“It’s knitted our families together, helping this mom as she helps her family get back on their feet,” he said.

He encouraged everyone to practice “radical hospitality.”

Among the other speakers in this year’s lineup was Karen Gaffney, an advocate for persons with disabilities, and Damon and Melanie Owens, who teach Theology of the Body and Natural Family Planning courses and who spoke openly about the difficulties of marriage during last year’s COVID-19 lockdown.

This year’s recipient of a $10,000 grant from OneLife LA was Harvest Home. The local pro-life outreach assists pregnant women who are homeless, offering everything from shelter and pre-natal care to education, job skills, childcare and baby supplies. Los Angeles is home to about 5,000 homeless pregnant women. About half of the 70 beds available to them belong to Harvest Home.

“Our aim is not just to provide housing, but to partner with a family long term as they work toward transitioning out of homelessness, said Sarah Wilson, the executive director.

A link to donate to Harvest Home will be live at www.OneLifeLA.org until January 30.

The sheer number of abortions, he said, it why it is considered “preeminent” among the many threats to life that the Church addresses. He cited 800,000 abortions annually in the United States.

He urged Catholics to be like the prophet Jonah, whom God called to preach to a hardened and cruel society – a society that eventually repented.

“We gladly accept the daunting mission that God has given us to go to Nineveh and preach repentance – in season and out, when they love us for it and when they hate us for it, despite, mockery and discouragement, when the political winds are blowing with us and when they are blowing against us,” Bishop Barron said.

“We fight for life. For there is no limit to what God can accomplish through us when we surrender to his will and purpose.”