The 92nd Academy Awards ceremony will once again kick off this Sunday against a backdrop of controversy. While recollections of the hashtag #OscarsSoWhite from 2015 are still reverberating in many viewers’ minds, this year has also heralded criticism about the brevity of the 2020 awards season and the lack of female nominees in the “Best Director” category.

The entertainment awards stage has often been turned into a platform to trumpet cultural doctrine or discontent, and we can expect nothing less from our Hollywood stars this weekend.

Much less likely to be spotlighted is the beauty of marriage as a mission in self-giving love. But surprisingly, the lineup of Oscar nominees does in fact contain a number of titles that express that critical message. Here are three especially worth celebrating. 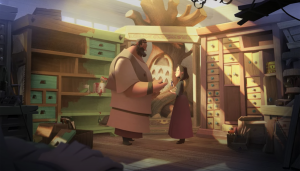 A scene from "Klaus." (Netflix)

In its debut animated feature film, Netflix offered audiences of all ages a witty, lighthearted, and charming Christmas tale of a mailman’s journey up north, where he and a secluded toymaker become an unlikely duo. But amid all the fun, “Klaus” contains a moment of surprising reverence for marriage and family.

In one somber scene, the old toymaker Klaus confides in the mailman Jesper that he once had a beautiful wife, Lydia. In addition to his love for her, Klaus also describes how he and Lydia dreamed of raising a family together. “We wanted children — lots of them!” he reminisces. “Running around, laughing, getting in trouble.”

In a culture that tends to portray children (let alone lots of them) as a superfluous add-on to marriage or a distraction from romantic love, “Klaus” answers by pointing to the joy that springs from generosity in family love. The film even takes things one step further: As much as Klaus and Lydia loved each other, they felt the pain of something missing in their life together when their dream — a living sign of their bond in the form of children — went unfulfilled.

Not only does this poignant moment drive home the treasure of married love for family, but it also provides the perfect character setup for a Santa Claus origin story: Only a man with the heart of a loving, generous father could become the children’s favorite gift bearer. 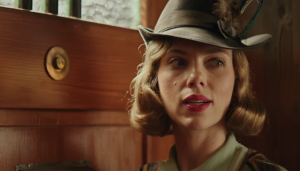 What could a black comedy about Nazi Germany and a boy whose imaginary friend is Hitler possibly have to say about marriage? Despite the dark humor, profuse cursing, and underlying tragedies, Taika Waititi’s sensational work sends a subtle yet profound message. And amazingly, he’s able to pull it off even though the husband of the marriage in question never appears on screen — at least not literally.

After a heated argument with Jojo over dinner, Rosie Betzler (Scarlett Johansson) dons the persona of her husband, currently absent at war, to help her son overcome his anger. In a brilliant acting display, Johansen flips back and forth between Rosie and Rosie as Herr Betzler, the latter admonishing Jojo and the former coaxing kindness and joy out of her husband and son. Through Rosie, we see a gruff man with a sharp tongue and quick temper who nonetheless wants to be an understanding father, and leans on his wife to help him do so. The scene culminates when all three — mother, son, and (imagined) father — dance together to a jaunty pre-war tune.

On one level, this stunning scene depicts the affectionate interplay between a husband and wife caring for each other and their family. On another level, because Rosie brings the relationship to life by roleplaying, she shows Jojo (and the audience) that even when his father is absent, his parents’ love shapes him and helps their family find joy in the midst of suffering. 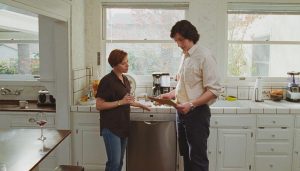 The premise of this drama makes it seem least likely to send a positive message about marriage, since it tells the story not of a budding marriage but a dying one. But surprisingly, Noah Baumbach’s smash hit truly does live up to its title and celebrates the protagonists’ marriage much more than their divorce.

Because the entire story revolves around a couple and their relationship, its message comes through it not just one scene but in the arc of the plot and character development. From the outset, Baumbach makes it clear that Nicole (Scarlett Johansson) and Charlie (Adam Driver) really do love each other. The letters they recite in the first scene, each describing what they love about the other, are anything but sentimental dribble about pretty eyes and fun laughs. But as the film unfolds, the couple’s actions and arguments expose their shortcomings and selfish tendencies that over time pushed them to give up on each other.

At various moments, both Charlie and Nicole put their own desires before the other, let pride blind them and exacerbate the other’s flaws, and unleash uncontrolled anger that turns their every interaction into a power play. What this sequence tells us is that when it comes to marriage, chemistry can only get you so far. While it can kickstart a genuine bond of love, only with generosity, humility, and selflessness can a pair stay united through the trials of life. “Marriage Story” is an insightful commentary that when those virtues aren’t there, the couple and their family suffers — and that divorce is far from a perfect solution.

Although not all explicitly “family movies,” these three films send positive messages about marriage that can uplift the whole family. By celebrating marriage, their messages can, in whatever small way, help raise the tone of family culture, which our world today desperately needs. One way or another, they should be celebrated — either on the Oscar stage, or at home.