On Vatican’s parish tome, it’s about the conversation, not the contents

Frequent bathing, it turns out, is a bit of a modern obsession. Historian John Kelly observes that in medieval Europe, taking a bath was considered dangerous both to public morals and personal health. He believes widespread reticence to bathe was among the factors that favored the spread of the Black Death in the 14th century.

The attitude was enshrined in a famous remark attributed to Queen Elizabeth I, to the effect that she took a bath only once a month “whether I need it or not.”

Some church affairs devotees may have flashed on that line when they saw a new instruction this week from the Vatican’s Congregation for Clergy. At first blush, it may seem a document brought out for largely bureaucratic reasons whether it was actually needed or not.

Yet for Americans in particular, the document may turn to be surprisingly useful — not so much for its contents, really, as the conversation it beckons.

Issued July 20, the instruction does not create new Church law or change existing policies, but more or less brings established guidelines for the parish under one roof. The formal title is, “The pastoral conversion of the parish community in the service of the evangelizing mission of the church.”

Perhaps the lack of a clear explanation as to “why now?” accounts for the highly varied ways in which it’s been reported. When there’s no obvious forest, it’s tempting to get lost in the trees.

Consider these three headlines, drawn from English and Italian coverage:

If you didn’t know better, you’d scarcely think these three pieces were talking about the same document. The first two create almost diametrically opposed impressions of the spirit of the text, from a restrictive line on the lay role to an almost wildly permissive one.

As a fact-checking matter, the document doesn’t envision non-priests, including deacons, religious and laity, “celebrating” the sacraments in the same fashion as priests. For one thing, they can’t say Mass. It confirms that a bishop may delegate a non-priest to lead a Liturgy of the Word where a priest is not available, and, with the approval of the national bishops’ conference and the Vatican, non-priests may also lead rites for funerals and baptisms and also witness weddings. In many dioceses around the world, that’s already common practice.

Also in keeping with existing rules, the document says non-priests may preach under certain circumstances but they can’t deliver a homily during Mass. With reference to the third headline, the document reiterates Pope Francis’s frequent exhortations that the sacraments should be offered without charge, and financial offerings from those who receive them must be a “free act” rather than a “tax” or “fee.”

When a new Vatican tome rolls out, usually the immediate question in parishes and diocesan chanceries is, “How does this affect us?” In this case, the quick answer is, “It really doesn’t, unless you want it to,” since nothing in it is binding unless it’s already in the law.

Yet perhaps the real contribution of the document won’t be in the details, but the bigger picture. 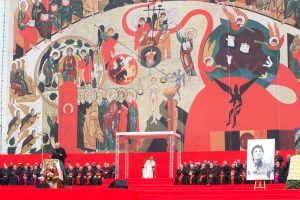 During the St. John Paul II years, I would often speak with American bishops who met the pontiff during their every-five-year ad limina visits to Rome. More than once, some of those bishops would ask John Paul why he showed such favoritism to the “new movements” in the Church, such as the Neocatechumenal Way, Focolare, Communion and Liberation, and the like, which some bishops felt risked creating a “parallel church” outside the diocesan and parochial structure.

In reply, John Paul would often tell his American visitors that the reason they were puzzled is that in the United States, parishes actually work. In other parts of the world, he said, including much of Europe, parishes are basically sacramental “filling stations,” where people will come for a wedding, a baptism or a funeral, but otherwise they don’t have much contact. In that context, he said, the movements are needed for people seeking a deeper Christian experience, especially the young.

It’s true that in a global context, American parishes have long been the envy of the Catholic world. They tend to be beehives of activity, with the sacraments being the beginning rather than the end. A typical American parish may have a youth group, a Bible study group, a charitable operation, a school, an RCIA program, a music ministry, and on and on.

Indeed, the centrality of the parish is both the glory and the Achilles heel of American Catholicism. We tend to be ferociously committed to our local parish, but we sometimes have only a notional concept of membership in a global church and we often resent higher levels of authority “interfering.”

Long-term, vastly expanded social mobility is forcing many parishes to think beyond the territorial model, conceiving of their mission as directed to a series of communities other than their immediate neighborhood. Declining numbers of priests and religious are fueling greater lay roles.

Right now, parishes are also facing a financial crunch caused by the coronavirus, having lost months of collections in many locations. Though American parishes tend to be affluent by global standards, many of them are going to have to learn to do more with significantly less in the near-term future. 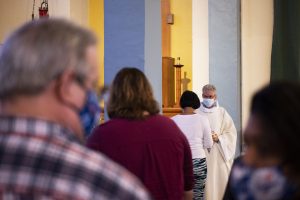 In other words, this actually may be exactly the right time for a root-and-branch examination of the mission and ministries of American parishes. Even if the new Vatican instruction doesn’t provide dazzling new answers, just raising the question may have the same refreshing effect as – well, as a nice warm bath, no matter what Queen Elizabeth thought.