In defense of Nazis?

The show is ghoulishly cartoonish. I have only gotten through two episodes, and I think I’ve seen enough. It is hyper-violent, hyper-profane, and I’m not sure who the audience for this stuff is, other than not me. It’s worth a brief discussion because it shares some virulent DNA with the Quentin Tarantino movie “Inglorious Basterds.”

Neither works of fiction are fit for children and frankly, I don’t think they are fit for adults either, as they contain a common thematic point of view that is morally indefensible.

Basically, both the movie and the series hold up as a “good” the notion that it is OK to torture and slaughter people as long as you are torturing and slaughtering the “right” kind of people, namely Nazis.

What’s not to hate about Nazis? There is a reason these jackbooted men in black have captured the creative imaginations of millions. They actually were as evil as they seemed to be. Their crimes were monstrous, their belief system a pagan-inspired denial of God of both Testaments, and a fangs-out-foaming-at-the-mouth hatred for all things Jewish.

As the Bible makes very clear, as much as God challenges and even visits grotesque unhappiness on his chosen people, in the end, those who systematically “take them on” fair poorly. Just ask Ramses II. A quick fast-forward on the historical timeline and Hitler and his minions learned the lesson again. All their evil plans and actions failed, and the Jewish people, nearly 4,000 years from the time of Abraham, remain, though the “Thousand Year Reich” fell 988 years short of its mark.

The cartoonish nature of the Netflix series “Hunters” actually diminishes the real evil perpetrated by the Nazi regime and turns modern-day killers (the series takes place during the 1970s), into Marvel supervillains.

If you want an “as real as you want to get” version of Nazi evil, I recommend “Schindler’s List.” I’m glad I saw that film, but I never want to see it again. If you want to communicate what group terror looks like and what it means to the individual, there is no better and gut-wrenching scene than in Steven Spielberg’s film where a 10-year-old boy quivers uncontrollably in fear up to his chest in a cesspool as he hears the sounds of his ghetto being “purified.” 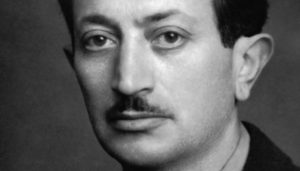 And “Schindler’s List” is not about a superhero donning disguises and performing incredible acts of heroism against crazed Nazi henchmen. It is about a real man, with real flaws, doing the heroic within the context of the banal and the mundane. He is, in his essence, just a guy trying to run a factory and keep his masters happy; and by the way, he is saving human lives in the process.

Simon Wiesenthal was not a make-believe Nazi hunter. He was the real deal. A Holocaust survivor, he dedicated his entire post-war life to bringing Nazi criminals to justice. Operative word here is justice — not revenge. The Amazon Prime series “Hunters” proudly shouts from the mountaintops that not only is living well the best revenge, but in the words of its main character, played by Al Pacino, “Revenge is the best revenge.”

It goes beyond mere cliche to suggest that if we act violently to the violent, we are becoming like them. It has more to do with civilization itself, especially the one that used to be informed via Judeo-Christian ethics. Not all of Simon Wiesenthal’s “hunts” went as he planned. He actually revealed Nazis living and working in government jobs who were not prosecuted; some didn’t even lose their jobs. Wiesenthal did not implement secret plan X-564, activating a secret hit squad to dispatch these people who escaped justice.

Those failures must have been a bitter disappointment for Wiesenthal, and some of the most notorious monsters, like the Angel of Death Josef Mengele avoided Wiesenthal’s dragnet altogether. But as frustrating as that may have been, he never resorted to or advocated violence.

“My cause was justice, not vengeance. My work is for a better tomorrow and a more secure future for our children and grandchildren.” Sometimes in life we all have to rely on the ultimate arbiter of justice and if God is just, which he is, then not a single unrepentant Nazi has gotten away with anything.