A new saint highlights tensions over the role of Catholic journalism

ROME — Pope Francis canonized 10 new saints on May 15, among them St. Titus Brandsma, a Dutch Carmelite priest, philosopher, and journalist who was murdered at Dachau for his vehement opposition to the Nazis.

St. Brandsma had been arrested in January 1942 while carrying a letter from the Dutch bishops to Catholic newspaper editors, ordering them not to print official Nazi documents despite an edict to that effect from the Nazi authorities, and died six months later from a lethal injection as part of dubious medical experimentation on prisoners.

In the run-up to the May 15 canonization, a group of Dutch Catholic reporters circulated a petition asking Pope Francis to declare St. Brandsma the patron saint of journalists, a designation currently held by St. Francis de Sales. The petition was endorsed by a number of Rome-based foreign correspondents who cover the Vatican.

At one level, it’s an innocent enough gesture — after all, St. Brandsma’s story is undeniably compelling, and God knows journalists could use some spiritual support. Yet it also raises the question of whether journalists ought to be attempting to influence the policy decisions of the institutions they cover, no matter how seemingly noble the cause or how relatively minor the request.

More broadly, the situation raises the larger question of the role and mission of Catholic journalism, both in St. Brandsma’s era and our own.

Note that St. Brandsma’s arrest came in the context of relaying an order from the hierarchy to Catholic media about their editorial policies. In 1942, when most Catholic media outlets were directly owned by the bishops, and when the command-and-control model of episcopal leadership was at its zenith in the pre-conciliar Church, that would have seemed an utterly normal and appropriate thing for bishops to do — and, of course, in context, it was also quite a courageous stance. 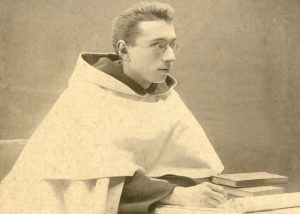 Decades later, the idea of bishops issuing orders to Catholic media about their editorial choices would be considerably more controversial. Since St. Brandsma’s day, most Catholic media outlets have won at least a measure of independence, and most bishops recognize the value of a free press. In many cases, Catholic media outlets are no longer owned directly by officialdom anyway, and thus are not subject to ecclesiastical control.

Today, it’s easier to see more clearly that the role of Catholic media is to be close enough to the story to get it right yet far enough away to remain objective, with both ends of that equation being equally important.

Reporters need to be close to the story in order to know what makes an institution tick, to be able to put breaking news in context, and to supply the proper perspective. The problem with much coverage of religious affairs in the secular press is precisely that it’s too far away. Stories are deprived of context and historical memory, so that it seems everything is always happening for the first time, and too much bogus or sloppy reporting makes it into circulation. (Anyone recall the “dogs in heaven” fiasco from 2014, for example?)

Yet reporters also have to retain a certain critical distance from the story, because otherwise the risk is that stories will be distorted in order to serve a particular point of view. That’s the problem with much contemporary Catholic media, where many outlets have a clear ideological alignment in internal Catholic disputes, and their presentation of the news sometimes seems shaped to support those commitments.

Maintaining critical distance requires self-restraint, because most Catholic journalists, by the nature of things, are well-informed about Church affairs, and it’s natural to develop personal views about rights and wrongs in the context of exploring the issues we cover. Yet in the end, the most valuable service any media outlet can provide isn’t opinion but analysis — not telling people what to think, but rather providing them with the tools to think intelligently whatever conclusion they may reach.

To invoke a sports analogy, the Catholic media shouldn’t be a player in the game, pushing the Church to do one thing or another. We’re more akin to an umpire, calling balls and strikes but not having an investment in who wins or loses. Just as a baseball game would be tainted if an umpire slants his or her calls in favor of one team or another, journalists do their audiences a disservice when they slant their reports in favor of one position or another.

That’s a terribly countercultural notion today, given that we live in an era of extreme political polarization and media fragmentation, meaning that the market pressure on news organizations generally is to serve the biases of some share of the audience. Yet just as St. Brandsma in his day resisted the lure of Nazi ideology, today Catholic journalists face the challenge of resisting a different sort of ideological regime, one which not-so-subtly seeks to turn reporting into an extension of politics by other means.

In that sense, perhaps St. Brandsma actually would be an apt patron saint for contemporary journalists — even if, in all honesty, we probably shouldn’t be the ones campaigning for it.