A lesson for the Church from an improbable source: Baseball

ROME — Many Americans probably are excited by the imminent return of baseball, albeit in a truncated season, and assuming the apple cart isn’t upset by the coronavirus (COVID-19), arguably no one should be as stoked as Angelenos.

Not only are the Dodgers the World Series favorites, but in a 60-game season anything could happen, meaning fans in the L.A. market could finally get to see the game’s best player, Mike Trout, in the playoffs, something that hasn’t happened since 2014, when Trout went 1-for-12 and the Angels were swept.

Yet from the point of view of the rewards of virtue, perhaps the most interesting storyline of baseball’s shortest season since 1998 centers, improbably enough, on the Kansas City Royals. At a time when many clubs trimmed payroll by releasing minor league players and furloughing stadium staff and front-office employees, the Royals moved in the opposite direction, promising to pay all minor leaguers through the season, retaining all staff and asking senior executives to take temporary pay cuts.

Those moves won the Royals respect around the game, reflected in the fact that after an abbreviated draft earlier this month, the Royals signed a total of seven other prospects who weren’t drafted and could have gone to any club, including four of the top five remaining players. Most said they chose the Royals because they want to be part of an organization that shows loyalty to its people.

Whether any of those guys ever make the majors remains to be seen, and the facts are that the Royals always will be a longshot because they’re a small market team with limited gate and TV revenue, and will never be able to compete on a dollars-and-cents basis with the likes of New York and LA. (It’s worth remembering, however, the team that swept Trout’s Angels in 2014 was none other than the Royals, which goes to show money isn’t everything.)

The Royals were my team growing up. Even though my small Western Kansas hometown lies 255 miles away from Kansas City, that was the closest team and we got their radio broadcasts, and in the 1970s the Royals were terrific. Watching them now emerge, improbably, as the destination of choice for many players, perhaps especially the ones for whom integrity and class matter most, gives me no small pride.

Further, it has me thinking about whether there’s a Catholic analogy in here somewhere.

Granted, vocations ministry in the Church is utterly different from scouting and recruiting in the majors. There’s no draft for aspiring future priests or lay ministers, nobody maintains a “big board” of top prospects, there are no signing bonuses, future priests don’t compete against one another for limited roster spots, and on and on.

Still, there are similarities. Both in baseball and in the Church, the long-term success of either a franchise or a diocese is closely tied to its farm system. Recruiting prospects who, with the proper formation, can turn into strong players or priests is, as the saying goes, more or less the ballgame. 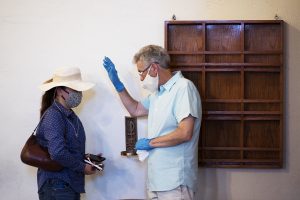 The common sense principle evoked by the way the Royals have navigated the coronavirus disruptions is this: An organization perceived as invested in its people — not just its bankable stars, but everyone who’s part of it — likely will have better luck attracting prospects, especially the high-character ones who will return the favor down the line.

Well, for one thing dioceses are going to face very tough financial decisions in the coming months, as collections continue to be well below normal, other forms of charitable giving contracts, and return on investments slumps in light of the overall economic situation.

A forward-thinking diocese could announce right now that no lay employees will be furloughed or face salary cuts for at least the next year, and that priest salaries will remain stable. Of course, they’d have to do more than announce it; they’d have to actually honor it, which would mean financial sacrifices in other areas.

A “people first” diocese might also announce that as parishes and other church institutions reopen, they’ll invest in personal protective equipment and also pay for regular testing of personnel, and that anyone who tests positive while in diocesan service will receive paid leave for whatever quarantine period they need to undergo.

In general, such a diocese would strive to ensure that Catholic social teaching is reflected in its own labor practices, including the right of employees to organize should they so choose.

Diocese that were to roll out such policies right now might just find that, like the Royals, the “free agents” of the Catholic world would naturally gravitate to a place willing to go out on the line for them, at a moment when many employers across the board appear to be cutting the other way.

In all honesty, the Royals’ integrity isn’t likely to make much difference on the field, at least right away, and they’ll still probably get creamed by higher payroll teams. In similar fashion, small-market dioceses with limited resources still may not attract the cream of the crop, however generous their policies may be.

If virtue is its own reward, however, none of that should matter. Here’s Royals General Manager Dayton Moore on why the team has opted to take care of its own.

“We shouldn’t be applauded for that. That’s just what you’re supposed to do. If you accept the responsibility of a leadership position, it begins with putting others first, and if you can’t do that, you don’t deserve the privilege to lead.”