A crimson sea of religious indifference

When Harvard University was founded in 1636, Galileo was still alive and Isaac Newton’s groundbreaking work, the “Principia,” was still more than 50 years away from publication.

All these centuries later, Harvard University remains the gold standard of American higher education. A degree from this institution is a guarantee of a life nestled comfortably within the 1% of the American elite ecosphere. To put the school’s wealth and power into deeper focus: It has an endowment of more than $40 billion.

It is rarified air that Harvard professors and Harvard students breathe. As Galileo sat in his villa in Italy contemplating the stars, Harvard prepared to preserve the American Protestant culture and its religious beliefs. The school is named after a Protestant minister, and in the first seven decades of the school’s existence, the president of the school was a man of the cloth.

Today, Harvard boasts — and I do mean boasts — of a new president of the Harvard Chaplains who is an avowed atheist. This is seen by the dozens of school chaplains, the student body, and faculty as a great good. He was appointed with unanimous support.

His name is Greg Epstein, and from the press he is getting, he seems a genuinely nice man and committed to the students in his care. He has been working with students for a long time before attaining the Harvard position, leading a humanist outreach program that invites students who question their belief in God to look at the meaning of life sans a divine component.

He did not perish because he published. His book is called “Good Without God.” In a recent interview he is quoted as saying, “We don’t look to a god for answers. …We are each other’s answers.” 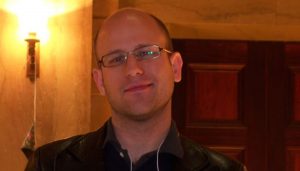 That is the kind of quote that gets the slightly reformed triumphalist Catholic beast I keep chained in the basement of my psyche wanting to break out and go on a rant. I will keep him in check, but I believe you don’t need a degree in philosophy from Harvard to see that the second phrase of that quote sounds like it came from Dr. Seuss.

Why should we be concerned with Harvard? It’s where presidents of the United States come from, where the leaders of industry and the arts come from. Its power over the culture is without question. We should all care that it is not only comfortable with its leader’s humanist and non-god ethos, but that there has not been even a blip of dissent from the 40-odd representatives of religious organizations on the campus.

I accept we live in a pluralistic society and a country where the premise, at least in design if not always practiced, is to not force religiosity on anyone, not have a religious test one way or the other for public office, and respect everyone regardless of what they believe or do not believe.

The station at which I get off that train is when a form of “ecumenism” takes shape like what is happening at Harvard. It sounds unbiased, but is it? Here’s another bromide that would get a Harvard freshman in trouble in a logic course: All religious faiths are equally true.

If I was smart enough and rich enough to have attended Harvard — I was neither — I would have probably taken a logic class as a freshman and learned that a statement like that has a flaw one can drive a popemobile through. First, most religious faiths do not proclaim all other religious beliefs are equal, and if that statement is true, then any religion that claims to be the one true faith must be false.

It does sound good though, and no doubt defuses many a would-be heated argument on the Harvard Yard. In a 2019 survey in the Harvard Crimson (the official school paper and home to future writers for the Simpsons), 17% of in-coming freshmen identified as Catholic. What if one of these Catholic kids believes Jesus is who he claimed to be? Will he or she have to be deprogrammed? If you think there’s peer pressure in a public junior high school, imagine the intense pressure some young person away from home for the first time is going to feel inside a Harvard University lecture hall.

Now imagine another Catholic student, one who is struggling with his or her faith, a natural state for many a freshly minted adult. Instead of finding a haven where they might be mentored and guided toward the light, an entire institution is dedicated to the principle that all religions are created equal, and it doesn’t matter what anyone believes about anything, as long as it relates to their own private version of the truth.

God help us all.