A contender for the finest Catholic novel from 14th-century Norway

If you think a novel set in 14th-century Norway has to be dull, think again. Sigrid Undset’s “Kristin Lavransdatter” is such a book, and far from being a bore, it is surely one of the most exciting works of fiction ever — to say nothing of being the finest Catholic novel.

The three volumes that together make up the novel made their first appearance a century ago. In 1928 Undset received the Nobel Prize for literature in recognition of her achievement. And today “Kristin Lavransdatter” still commands an admiring audience of readers, as its inclusion in the Penguin Classics series testifies.

The book’s writing coincided with the author’s conversion to Catholicism. But, someone might ask, in what sense is “Kristin” a Catholic novel? Roughly, in the same sense that Alessandro Manzoni’s “The Betrothed” (“I Promessi Sposi”) — the only serious contender, I believe, for the title of “finest” in this particular category — can be described that way: It takes for granted, and vividly depicts, a society in which all the characters profess the Catholic faith and take Catholic values for granted. (Whether they live by them is another question, but in both books even the bad people are bad in distinctively Catholic ways.) 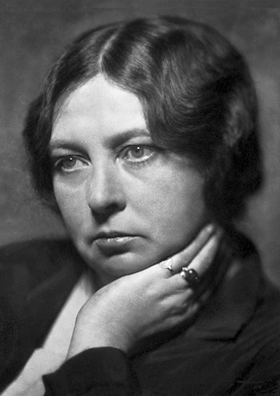 Born to atheist parents, Undset grew up agnostic and entered into an irregular marriage (her husband had a wife and three children at the time) before converting to Catholicism midway through the writing of her masterwork. The conversion caused a sensation in then-thoroughly Lutheran Norway, but Undset stuck by her new faith, producing books on saints’ lives and a well-regarded biography of St. Catherine of Siena.

“Kristin Lavransdatter” was followed by another novel set in medieval times — “The Master of Hestviken” — which Undset is said to have considered an even better book. (I haven’t read it yet but have every intention of doing so.)

Unquestionably, though, it’s “Kristin” that established and continues to sustain the author’s high standing among novelists. As the title suggests, the book is an account of a woman’s life. But not just any woman. Kristin — strong-willed, passionate, deeply religious, often rebellious — is one of the truly memorable characters in all fiction. But hardly less striking is the man she sets her sights on and eventually weds, Erlend Nikulausson — dashing, headstrong, self-indulgent — thereby entering into a tempestuous marriage.

Peopling the story along with these two are dozens of other sharply drawn characters — saints, sinners, and everything in between — who weave in and out of a complex narrative that shows human nature in its highs and lows and in a variety of social settings. This is a story of clashing contrasts — fidelity and infidelity, selflessness and self-seeking, saintly other-worldliness and gross immersion in worldly pleasures, extreme violence and moving gentleness.

It’s not an entirely easy read. Norwegian personal names and place names are a persistent challenge and the ins and outs of 14th-century Norwegian political intrigue can be bewildering. But the novel’s sheer power carries the day and leaves the reader eager for more.

In his survey of European Catholic intellectual life in the 20th century, “A Deeper Vision,” Robert Royal goes so far as to liken Undset’s novel to Dante’s “Divine Comedy,” a comparison that in itself suggests the novel’s stature. “As we follow the arc of Kristin’s life — from her early discovery of her willfulness to her efforts as an older woman to recover a pure heart — we traverse the whole Christian journey of the soul to God,” he explains.

In short: “Kristin Lavransdatter” is one whale of a book.