Muslim scholar urges Christians to see past the prejudices

Mustafa Akyol, a Muslim journalist and writer born in Turkey, who writes frequently about religious liberty, is currently a senior fellow at the Cato Institute in Washington, D.C. He is the author of “Islam without Extremes: A Muslim Case for Liberty” (W.W. Norton & Company, $20.98), and “The Islamic Jesus: How the King of the Jews Became a Prophet of the Muslims” (Macmillan, $14.85).

In light of the developments in Iraq, Iran, and the United States of the past month, he shared with Angelus contributing editor Kathryn Jean Lopez his insights on Qassem Suleimani’s death, President Trump, his homeland of Turkey, and the “holy mother” Christians and Muslims should be talking more about.

I had a pit in my stomach when I saw that we had killed Qassim Suleimani. Is this going to be another example of U.S. short-term action that puts people — maybe especially religious minorities — in a more precarious situation? Please, God, no. What do you make of what is going on? What would you like to see happen and what would you like news media covering it and people pontificating about it all to consider?

There is no doubt that the Iranian regime is a brutal tyranny, and Qassem Suleimani was one of its most cruel operatives. However, what his “targeted killing” has achieved is another question. It is not easy to foresee how the events will unfold.

I just hope that it will not lead to an escalation of conflict, which may hurt minorities and other innocents in Iran and elsewhere, as you rightly worry. I also worry that the regime will use this incident, as it is already doing since the first day, for a nationalist mobilization that will kill the spirit of the anti-regime protests we have seen in the past few months.

I think in this whole Iran affair, it is worth remembering the Cold War. The Soviet Union was a far more powerful and dangerous enemy of the United States than Iran. What brought it to an end was not military action from the outside, but the collapse of the ideology from within. The most important role of the U.S. was to present a bright alternative, to show what a free society looks like. That, too, may be the wisest path to follow regarding the Iranian regime. 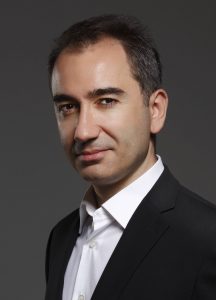 Donald Trump can be so polarizing. He didn’t start the fire, but he is one unique figure. What do you make of him, particularly in regard to issues of freedom in the Islamic world that are so close to your heart?

What I can say is that political leaders naturally capture our attention, whereas they are often not the causes but the results of social dynamics on which they only surf. I have been living in the U.S. the past three years, and what I see is an ideological polarization that is eroding the civic and rational public space I used to see and admire in this country. And I see the problem on both sides of the political spectrum.

Alas, I have seen this before: in my native Turkey, where polarization and populism have gone down to far worse levels. In comparison, the liberal traditions and institutions of the United States are still strong.

Yet still, here is my humble advice to Americans: Please don’t do this to yourself. Don’t see each other as enemies within, but merely compatriots with different opinions. And instead of entrenching yourself in an ideological bubble, try to listen to others. They may be wrong on 10 points, but may be right on a few others.

Regarding the Islamic world, it does concern me that the Trump administration does not seem to pay much attention to human rights abuses by regimes that are pro-American but also brutally autocratic, such as Saudi Arabia or Egypt.

On the other hand, I appreciate this administration’s advocacy of the Uyghur Muslims that are cruelly oppressed by China, a huge tragedy on which the political leaders of the Muslim world are shamefully silent.

To me, it seems a great wrong that you really can’t live in Turkey writing what you write, saying what you say. You must feel similarly. Do you see any progress being made in Turkey or elsewhere? It seems like brutality is the world over.

Turkey is the biggest disappointment of my life. Ten years ago, when I was young and naive, I really believed that it was becoming an exemplary Muslim liberal democracy under [Recep Tayyip] Erdoğan’s Justice and Development Party. But soon it began to collapse into petty authoritarianism. The new religious elite found absolute power, which corrupted them absolutely.

Liberals like me, who had criticized the old secular elite as well, soon found out that there is nothing to do in a society where 90% of the media have become different versions of the same Pravda, and all institutions, including universities, are disciplined by a party-state.

Will Turkey recover from this grim era? I hope so. There is a chance that after hyper-secularist “Atatürkism” and populist-Islamist “Erdoğanism” [ideas and principles of Mustafa Kemal Atatürk and Erdoğan, respectively], the nation may finally agree on pluralism and freedom. And to give that a chance, I believe it is crucial to preserve the decades-old bonds Turkey has with the West, rather than watching it fully becoming an ally, and an imitator, of Russia and China. 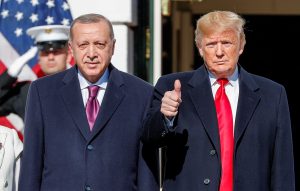 I often think about how if Christians (myself included) were really living the beatitudes, things in the world could look so much different. What could Islam be in/for the world?

Honestly, in Islam, we still have a key problem that is not an issue in modern-day Christianity: the urge to use coercive state power in the name of religion to punish sinners and heretics, to execute apostates, to build a supposedly moral society. Not all Muslims think this is the right way, but many others do, and the tension between the two camps can be seen in most Muslim-majority societies.

Moreover, the authoritarian Muslims I described above rely on authoritative texts, which need fresh interpretations. Therefore, I do believe there is a “reform” needed in Islam, not a Protestant Reformation like that of Martin Luther, but a religion-friendly Enlightenment like that of John Locke.

The key issue is to dissociate Islam from coercive power, so it is lived voluntarily as the modest faith and practice of communities and individuals. Once that happens, the moral and spiritual teachings of Islam — Islam’s own beatitudes, if you will, which do exist — will be more visible and inspiring.

How can Christians and Muslims work together better here and abroad?

First of all, we should try to cure Islamophobia and Christophobia in our own communities. By the latter, I mean Muslim prejudices against Christians, where the term “Christian” and “Crusader” are almost interchangeable, and “missionaries” are perceived as “spies” with evil intentions.

Islamophobia is the mirror image of these caricatures, where every observant Muslim is an agent of “creeping Sharia” (Islamic law) and every utterance of “Allahu Akbar” (“God is most great”) is a terrorist battle cry.

Such prejudices are really dangerous. On the extreme, they can even get innocent people killed, as we keep seeing in horrific attacks against churches, mosques, or synagogues in various parts of the world.

Then we Muslims and Christians can together support key principles such as religious freedom. Sadly, many religious people care about religious freedom only when their own faith suffers from its absence, but the world will be a better place only when we support it for all.

I’m so alarmed with the violent anti-Semitism in New York. It’s evil, cruel, and repulsive. In your writing and speaking, do you see signs of hope that we can live together with respect, respecting different faiths and viewpoints and different places on the journey of life?

I can’t agree more. Anti-Semitism is often the sign that something is going wrong in a society, because Jews have been, for 2,000 years, the archetypal minority, and hatred of the minority is the symptom of some sickness within the majority. It begs for a serious reflection and self-examination.

Sadly, anti-Semitism is a burning problem in the Muslim world as well, which, until the modern era, in fact fared arguably better than Christendom. One can see anti-Semitic strains among some European Muslim communities as well.

However, recently, I also see a silver lining: Muslims in the West, especially America, are getting that Jews are the target of the same nativist bigotry that threatens themselves as well. So, they feel and show solidarity with the Jews.

We see Jewish-Muslim solidarity also in European countries which question the common religious practices of the two religions, such as circumcision of boys or ritual slaughter of animals. I hope these pragmatic rapprochements may help build genuine bridges between Jews and Muslims.

Do you have a Top 3 or so suggestions for how Westerners could start appreciating Arabic civilization and its contributions and better? And maybe learn something new from?

It would be like looking at early 17th-century Europe, when Catholics and Protestants were at each other’s throats, and concluding that Christians are hopelessly dogmatic and intolerant.

Second, they may hear about some violent passages in the Quran. They should note they are not too different from some similar passages in the Old Testament. It all depends how literally and universally they are taken.

Third, they may consider why Sephardic Jews fled from Catholic Spain to the Ottoman Empire in the 15th century, or why Europeans learned Aristotle from Muslim thinkers such as Ibn Rushd, also known as Averroes [Muslim Andalusi philosopher and judge]. Such episodes remind that the sharp East vs. West dichotomy some have in mind today is not very accurate.

I think of you so often during Christmastime, Marian feast days, and Saturdays, which Catholics traditionally dedicate to Mary because of your book on the Islamic Jesus and the chapter on “Mary and her baby.” Do you think we should be having dialogues (though maybe we need a different word?), using Mary as starting point? I feel like we are a people — all of us alive today — who could afford to have a sit-down around a holy mother!

Indeed it is remarkable that, in the Quran, Mary is the only female mentioned by name, and is praised as “a woman God elevated above all other women.” Her Quranic story, including the virgin birth, shows strong similarities to the Gospel of Luke and the Protevangelium of James, an apocryphal gospel that was popular Eastern Christians.

Neither Muslims nor Christians are often aware of such commonalities, which is one reason I wrote “The Islamic Jesus.” So, having a sit-down around the holy mother is certainly an idea I would be up for.