McCarrick report an indictment of clericalism and collusion

On Nov. 16-17, the United States Conference of Catholic Bishops (USCCB) held its first virtual fall assembly, and there’s little doubt that the Vatican’s report on the rise and fall of defrocked former cardinal Theodore McCarrick, released six days before the meeting, loomed larger than any other subject.

The 449-page report is a detailed account of how clerics in the U.S. and abroad failed to hold the charming, ambitious prelate accountable, decades after suspicions of serial sexual misconduct had become widespread.

McCarrick was defrocked by Pope Francis in 2018, after a survivor came forward to report he’d been abused as a child by “Uncle Ted,” as the ex-cardinal liked to be called by the throng of young priests, seminarians, and altar boys with which he surrounded himself.

The report found that for three decades, bishops, cardinals, and popes heard rumors and allegations, but either dismissed or downplayed them, choosing to believe a man they saw as a friend with incredible fundraising abilities and who produced higher-than-average vocations to the priesthood.

Those rumors and often anonymous allegations seem to have prevented his promotion to a major archdiocese like Chicago or New York in the late 1990s. In fact, Cardinal John O’Connor of New York comes off as perhaps the closest thing to a “whistleblower” among the U.S. bishops, taking his concerns directly to St. Pope John Paul II.

Ultimately, Cardinal O’Connor’s efforts were not enough. The report offers evidence that three New Jersey bishops — all now deceased — provided “inaccurate and incomplete information” about McCarrick to the Vatican as part of an investigation ordered by St. John Paul in 2000, just a few months before he headed to Washington, D.C.

By relying on an investigation into the rumors about McCarrick that involved asking prelates whose careers were tied to McCarrick’s, St. John Paul trusted a system that prioritized the voice of the accused rather than those making the accusations.

Pope Francis was aware of the rumors, the report showed, but he took for granted they had been investigated and dismissed before he was made a cardinal, as did his immediate predecessor.

The list of moral and systemic failures revealed by the report, as well as the elements missing from it — including the money trail that was completely ignored, and unexplainably found to be irrelevant — is too long to tick off. Hence, here are instead three quick takeaways.

Several important Catholic prelates were aware of rumors and accusations about Theodore McCarrick, including, from left to right: Archbishops Agostino Cacciavillan, Gabriel Montalvo, and Pietro Sambi, all of whom served as papal ambassadors to the U.S. during the 1990s and 2000s. Cardinal John O'Connor of New York (second from right) was one of the prelates who warned the Vatican directly about promoting McCarrick to Washington DC, but St. Pope John Paul II and his closest advisers, including Cardinal Giovanni Battista Re (far right), were eventually persuaded by a secret letter from McCarrick declaring his innocence. (Catholic News Service)

In the fallout of the report, there’s been much talk about the need to confront a clericalist culture in the Church. As of late, “clericalist” seems to be the explanation for most of what is wrong in the Church, including clerical abuse, financial mismanagement, and corruption.

In simplistic terms, clericalism makes the members of the hierarchy seem like they’re the only members of the Church, while the 1.3 billion laypeople are mere footnotes. The higher up you are in the food chain, the weightier your word or opinion is, even on something where the sacrament of holy orders is irrelevant, such as picking the flower arrangements for Sunday Mass.

It’s worth remembering that this mindset is changed from within, with respect and hard work, and it includes laypeople answering Pope Francis’ invitation to the Argentine youth back in 2013, during World Youth Day, when he called on them to “hacer lio,” meaning, to make a mess.

As is often the case with punchlines, the quote is better understood in its context: “I want havoc. I want you to make yourselves heard in your dioceses, I want the noise to go out, I want the Church to go out onto the streets, I want us to resist everything worldly, everything static, everything comfortable, everything to do with clericalism, everything that might make us closed in on ourselves.”

There’s much that’s shocking in the report, including the fact that to some extent, and with more or less clarity, the last three popes knew that there was something wrong with McCarrick, even if they didn’t know just how bad it was.

But equally shocking and also uncontested is the fact that, based on McCarrick’s many letters to the powers that be, throughout his rise to power both in Church ranks but also as an informal diplomat of sorts for several U.S. administrations, he himself forwarded anonymous letters that alleged he was a pedophile to the FBI and other government agencies. He wanted “our friends in the FBI” to find out who was writing the letters.

There’s even a revelation of a one-page memorandum from a lieutenant to the Middlesex County prosecutor on the accusations against McCarrick.

Yet time and time again, authorities did nothing.

Asked about the need for civil authorities to intervene when they discover evidence about clerical sexual abuse, Father Hans Zollner, SJ, a leading expert in the Catholic Church’s protection of minors, said that “is what I expect for civil authorities and offices to do,” and that it’s “what they’re meant to do, independent of who the person is: a politician, a famous star, or a Church leader. This is clear.

“But you see that in some parts of the world there has been collusion between state authorities and people who committed crimes, and I’m not talking only of abuse. But this has to be dealt with under those questions of corruption and collusion.”

The McCarrick report, though imperfect and for some, convenient that it primarily faults St. John Paul and Pope Benedict while largely absolving Pope Francis, proves that the open wound of McCarrick’s rise to power will only begin to heal if a lesson is learned from the experience.

The possible lessons that should be learned abound: asking a few bishops for their opinion on a peer does not constitute an investigation; if “everyone” hears a rumor, it might not be a rumor; the current system for selecting bishops is flawed, and in McCarrick’s case, makes it impossible to find that one bad guy to blame for his rise to power; there are glaring gaps in canon law, including the fact that it’s very difficult to prosecute cases of abuse of adults such as seminarians; and the media play a key role in exposing clerical abuse.

But two other lessons stand out. 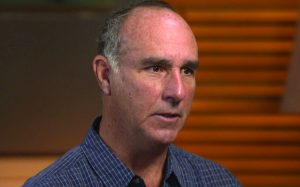 First, survivors must always be put at the center. Their lives are forever affected by cases of abuse and there’s no such a thing as one-answer-fits-all when a person’s faith in God, the Church, and even humanity is tested by such a horrific crime.

Second, transparency without accountability is not enough. For example, the report details a scene at a Newark catering hall in 1990, where an apparently inebriated McCarrick touched a young priest inappropriately in the presence of other prelates, most of whom today are dead. Thirty years later, it is too late for them to be judged and sentenced for covering up.

Yet there are one too many cases where accountability can still make a difference, with the hundreds of cases of clerical sexual abuse from Chile being an obvious place where the Vatican can start: in a span of 18 months, 30% of the country’s bishops had their resignations accepted, facing allegations of abuse, cover-up, or both.

Only time will tell how much the Catholic hierarchy learns from the McCarrick saga. Giving an explanation and providing at least some measure of justice by sanctioning those found guilty enough to be removed from their positions might be a good place to start.