The U.S. Conference of Catholic Bishops has announced the new chair of the National Review Board, a lay advisory body to the bishops on the protection of children and youth.

Suzanne Healy was appointed Thursday by USCCB president Archbishop Jose Gomez of Los Angeles, to succeed Dr. Francesco Cesareo, who has led the body since 2013. Healy will begin her term after the bishops’ annual spring meeting in June. 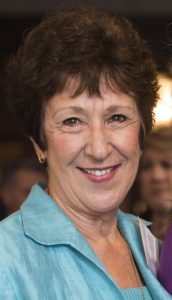 Paying tribute to Cesario’s leadership over two four year terms, Gomez said Thursday that the last several years had seen “great strides and challenges in the continued and ongoing efforts of the Catholic Church in the United States to strengthen and renew our efforts for the protection of young people and healing for survivors.”

“I look forward to continuing that process in the future, especially under the new leadership of Mrs. Healy,” Gomez said.

Healy has been a member of the National Review Board since 2017, was formerly the Victims Assistance Coordinator for the Archdiocese of Los Angeles, and a licensed marriage and family therapist.

The National Review Board is an advisory body to the bishops’ Committee on the Protection of Children and Young People, composed of 13 laymen and women. It was established in 2002, after allegations of clergy sexual abuse and subsequent cover-up by bishops and Church officials surfaced nationwide.

In the months following the 2002 scandals, the bishops passed the “Charter for the Protection of Children and Young People,” or the “Dallas Charter,” that set up a process for bishops to deal with abuse allegations against priests. The NRB was established during the June, 2002 meeting.

Cesario served as the board’s chair while a second round of clergy abuse scandals broke in the summer of 2018, with the publication of a series of allegations regarding the sexual abuse of minors and seminarians by former Cardinal Theodore McCarrick. A Pennsylvania grand jury report published that summer alleged abuse committed over several decades by hundreds of priests in the state’s six dioceses.

As the new allegations especially concerned the behavior of bishops—acts of abuse by bishops themselves or their cover-up of clergy sex abuse—the review board in August of 2018 called for lay-led investigations into all allegations of sexual misconduct in the Church, including reviews of bishops’ actions.

In addition, the board condemned a “culture of silence” in the Church hierarchy that allowed abuse and cover-up to fester.

Among its recommendations, the board asked for revisions to the Dallas Charter which it said was “helpful” in responding to clergy sex abuse but contained “deliberate ambiguity” and a “lack of inclusion of bishops.”

While the bishops planned to vote on implementing the board’s recommendations at their November, 2018, meeting, t a Vatican directive asked them to halt their response until Pope Francis convened a global summit on clergy sex abuse in February of 2019.

After that summit, Pope Francis published the document Vos Estis Lux Mundi, establishing new processes for dealing with the misconduct of bishops.

In June of 2019, the board unanimously asked the U.S. bishops to press the Holy See to publish a much-anticipated report on the career of Theodore McCarrick, or for the release of documents from the Vatican’s investigation of the former cardinal. The Vatican has said the report will be released in early 2020, but has not yet been published.

At the USCCB fall 2018 meeting, the bishops considered a resolution asking the Holy See to release the McCarrick documents but rejected it out of concern of appearing at odds with the Vatican, which had just requested them not to vote on actions responding to the abuse scandal.

At the June, 2019 meeting, Cesario exhorted the bishops to push for the McCarrick documents’ publication anyway, saying that “the salvation of souls is the supreme law of the Church,” and that “care for your people must be at the forefront when dealing with this issue.”