But at any cost? Hardly.

After more than three months of being kept off-field due to the coronavirus (COVID-19) pandemic, the 1,600 secondary schools belonging to the California Interscholastic Federation Southern Section (CIF-SS) are looking forward to July 20, when a calendar dictating what, how, and when sports can resume again is set to be released.

“We are very committed to having sports in the 2020-21 school year, and we have considered various scenarios to make that happen,” CIF-SS Commissioner Rob Wigod told Angelus.

But like professional sports leagues and just about every sector of society, the reopening process is being directed by public health concerns, so that high school athletics can resume in “a safe and responsible manner that protects the health of all involved.”

On June 12, the CIF-SS outlined steps for a return to competitive sports at its 568 participating public, private, and parochial secondary schools in eight counties, whose athletic participation is governed by the Southern Section.

The guidelines require that students take a physical before returning to practice and work in groups of no more than 10 with the same coach every day, wearing masks, and maintaining social distance. They also mandate temperature checks, post-workout wipe downs of equipment, and the closing of locker rooms.

Among those eagerly awaiting the July 20 calendar are student-athletes, coaches, and officials at 64 Catholic high schools in the Southern Section (spread among five dioceses) who have been doing what they can to prepare for a resumption of competitive sports in 2020-21.

That often means using technology, given the restrictions on personal contact.

Brian Bilek, athletic director at Crespi Carmelite High School in Encino, said that his school’s coaches have been using the popular video conferencing app Zoom to keep their players in sync.

“Sometimes they do digital workouts together, sometimes it is just an opportunity to hang out and talk online, and other times they work on team building/bonding activities and discussions,” said Bilek.

School and league officials involved in determining how and when high school sports can resume have also been forced to use Zoom for their deliberations.

The decision on when and how to resume competition will rely on directives from state and local health officials, as well as (for parochial schools) diocesan leaders, including the Department of Catholic Schools and the Catholic Athletic Association, composed of Catholic high school principals in Los Angeles and Ventura Counties.

“Everyone is waiting, shoes on, ready to go,” said Miller, who represents parochial schools in his area for the CIF-SS. “But it all depends on the recommendations of county health officials and the archdiocesan superintendent’s office, because the kids’ safety is the first and foremost consideration.”

Just because practice is cancelled doesn’t mean we can’t work out together! Regal athletes from the swim and track & field teams shared online workouts led by their coaches. Virtual practice — and team bonding — will continue through the season! #ndala #empoweredtoexcel #wegotthis

In the meantime, coaches have had to be creative in organizing workouts via online methods or in small “pods” of athletes, in an effort to be prepared for the resumption of competition, should it be approved.

Crespi’s athletic department has developed a mantra of “Get Ready and Stay Ready” as a means to help motivate its student-athletes “to stay engaged and committed to their digital workouts,” said Bilek. “Our guys are being creative with what they have at their house to use to help them continue to work out and work on their techniques.”

At St. Pius X-St. Matthias Academy in Downey, Zoom has been used as well to maintain contact between coaches and student-athletes, according to athletic director Bob Santisteven.

And yet, he acknowledged, “with all of our classes also ‘Zooming’ it, the novelty can wear off, and the personal interaction between coach and athlete can get lost.”

What has been forever lost, of course, is the opportunity for the graduating senior athletes to complete their high school careers competing in the sports they love. Many schools, like St. Pius-Matthias, have been forced to honor their senior athletes through the internet.

“All of us looked forward this spring not just to the competition and the championship matches, but the culmination of a journey for all these student-athletes,” said Wigod. “And the most heartbreaking aspect of having to cancel the competition is that we can never make it up to our seniors.”

A season that’s impossible to plan

In recent weeks, some teams have since begun working out with coaches in those small, socially distanced practice groups. But even once teams are allowed to begin competition, planning for the future is fraught with uncertainty.

For one, the financial hit to the CIF-SS and its member schools, Wigod said, has been “significant, with no revenue coming from championship match ticket sales, championship apparel, TV and web rights, and balls and equipment contracts.” 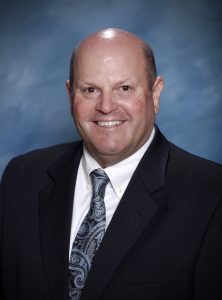 “What makes it sadder is that we had a great fall and winter sports season in which attendance really came back after two years of decline,” Wigod said. “Football was fantastic, and basketball, girls volleyball, cross country and wrestling all saw an increase in attendance.”

Such success and resultant revenue, said Wigod, “helped somewhat” to offset the cancellation of spring sports, which in general “are not big revenue producers. Expenses can be draining with regard to transportation, paying for officials, and so forth. So schools did save some in that regard, but none of them would rather do that and not have sports.”

Still, many private and parochial schools, who are self-funding, took their own financial hit this spring, owing to a loss of revenue from tuition and fundraisers they rely on that didn’t take place.

Adding to the precariousness is the unpredictability of what the pandemic will look like in the fall.

“If a second wave of virus hits and schools close, that gets taken away again,” said Wigod. “We just have to focus on what we can control, and make the best decisions we can that protect the health of all who participate.”

Once sports resume, there is the distinct possibility of smaller crowd sizes, and even no crowds at all.

“In a section as large as ours, we need to listen to a lot of local authorities who will provide recommendations,” said Wigod, who believes that if given a choice between playing sports without fans and not playing at all, schools would choose the former.

When the go-ahead is given to resume action, individual schools will have the final decision on whether to allow students back for athletics.

“Our calendar will follow appropriate health guidelines,” Wigod said. “And there will be no penalties or sanctions for those who choose not to resume, or who feel they need more time to prepare. Health and safety are paramount.”

Santisteven of St. Pius X-St. Matthias said schools are hoping that “things can go back to normal, but we must keep the safety of the students and coaches first. And getting all of our students back into the classroom should be the No. 1 priority.”

Bilek said guidelines issued by the CIF and the National Federation of State High School Associations “have been very helpful in developing our own campus guidelines. But these workouts will look much different from what we were doing prior to March 12.”