Why LA families are sticking with Catholic education in a pandemic

As a native Angeleno who attended public schools her whole life and is now an adjunct instructor in child development at Los Angeles City College, Myrna Velasquez can list plenty of educational reasons to explain why her sons still attend St. Patrick’s School in North Hollywood after five years.

But it might not have been until her husband, Julian, was diagnosed with stage 4 cancer that the deeper value of the school and parish revealed itself, a place she has come to consider “a spiritual haven.”

Her oldest child, Joseph, starts seventh grade this year. He had been a second-grader at a well-regarded public magnet school at the time of his father’s health crisis.

“He thought his dad was going to die; he was suffering through so much anxiety and the teachers really couldn’t help him through this,” said Velasquez. “Once we went to St. Patrick’s, they really reached out to him. It was a huge difference. I was so appreciative.” 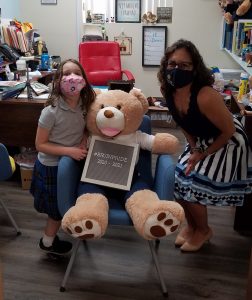 On the first day of school, a second-grader at St. Dorothy School in Glendora stops by to say hello to the principal, Adrienne Ferguson, and visit with Bruno, the school mascot. (Jaclyn Chidester)

Anxieties and uncertainties underlie the start of the new 2020-2021 school year, many of them carrying over from the sudden pivot to “distance learning” last March when the coronavirus (COVID-19) pandemic sent most of the country into lockdown.

Catholic school parents are faced with an ever-present choice: keep their children enrolled in the tuition-based elementary and high schools, or consider a public school alternative if distance learning becomes the norm for both institutions for the foreseeable future.

The financial consequences of the pandemic — job losses, reduced income, and an economic recession — loom over basic financial decisions in many households.

Still, many parents say their kids’ Catholic education is worth sacrificing for, especially in a global pandemic.

She explained how she tried to do distance learning and homeschooling with her daughters during the day before going to work on a night shift. But she recently lost her job due to the pandemic, and tuition also became an issue after support from the Coronavirus Aid, Relief and Economic Security Act (CARES) was discontinued.

“You just have to make it work, juggle expenses, figure it out,” said Garcia, who grew up in the Los Angeles Unified School District (LAUSD) system. “I see so many values of having my daughters at St. Patrick’s: the discipline, the religious training. … My daughters will say things, ‘Would God be happy if I make this choice?’ You see a difference in the moral respect they have, and that’s something we have a lack of nowadays.”

Some of the elements archdiocesan schools offer may seem obvious: the daily prayer and weekly Mass, for example. But some have been able to add classes aimed at helping students cope with difficult times on an emotional level, too.

St. Patrick’s in North Hollywood was one of the first to become involved in the program offered by Cal State University Northridge through the counseling services for the Catholic Schools Collaborative. Others included are Guardian Angel School in Pacoima, Our Lady of the Holy Rosary School in Sun Valley, and St. Genevieve Parish Schools in Panorama City.

St. Patrick’s principal, Raquel Shin, said that even before the pandemic, school faculty had seen a need to make mental health help available to students. The feedback from the classes has been overwhelmingly positive.

“As we continue in the fall, we’re noticing students are disconnected from each other and miss that physical contact with their peers,” said Shin. “This can help them continue to build positive relationships and decrease that stress and anxiety. We know a lot are experiencing different realities at home and we want to make sure they know when they’re with us we will focus on their well-being.” 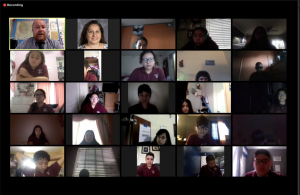 Another advantage Catholic schools could have over public ones is they could have an easier time returning to the classroom, assuming COVID-19 statistics continue to improve in Southern California and state benchmarks for campus reopenings are eventually met.

The LAUSD, for example, has already committed to distance learning through the fall semester, and negotiations with the district’s teachers’ union as well as health safety considerations could make their reopening in 2021 a complicated affair.

“As counties see a decline of COVID-19 cases below 200 per 100,000 residents, elementary schools (grades TK-6) may be allowed to apply for waivers to return to in-person instruction,” Halverson told Angelus. “Many Catholic schools are eager to pursue a safe return to campus and will likely do so before public schools.”

Still, the ultimate decision to reopen once permission is granted would happen on a site-by-site basis.

“The waiver application process requires consultation with parents, staff, and pastors, so our school communities will weigh in on the decision to return,” said Halverson. 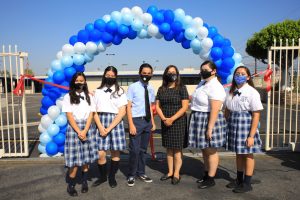 If the DCS was considered its own school district, it would be the third largest in the state, behind LAUSD and San Diego Unified. It serves 73,000 students across 212 elementary and 25 high schools.

More than 3,000 teachers, staff, and administrators are involved, many giving up their free time over the summer to make sure they were up to speed on how to stay flexible in the planning for the upcoming school year. 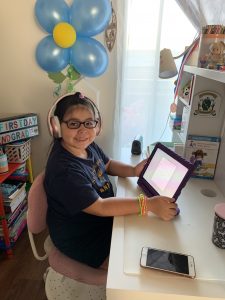 Halverson, who oversees the school in the archdiocese’s San Fernando Pastoral Region, frames the 2020-2021 school year as one “that wasn’t as difficult a transition because the schools never abandoned the distance learning option. At a minimum we knew there would be parents who wanted that. And we want to keep them engaged.”

Halverson, most recently the principal at St. Cyril of Jerusalem School in Encino, said he believes the three core things that set Catholic schools apart from others consistently resonate with parents’ decision-making: faith, community, and class sizes that allow for individualized attention.

“My personal example is I have a daughter (at St. Cyril) going from kindergarten to first grade who already knew her teacher because her brother had that teacher, and it was such an easy transition,” he said. “A public school may have seven first-grade teachers and you may not get your first introduction to them now until a virtual meeting.”

Professional development for teachers has been a critical component in keeping a consistent message and learning plan as things have fluctuated over the last six months. That included increased attendance at the annual C3 Conference, which focuses on teaching methods through technology. It was held virtually, rather than in-person, earlier in August because of COVID-19 gathering policies.

“What we learned from last spring is carrying forward, seeing schools make adjustments and being responsive to what they saw was successful and what can improve,” said Gina Aguilar, director of academic excellence for DCS elementary schools.

“Going into this year, I see teachers really trying new things, pushing themselves, learning and growing,” said Aguilar, who was previously principal at Our Lady of Perpetual Help School in Downey. “I see a sense of pride as we’re making progress. We talk about our kids having a life-long learner attribute and we’re seeing that as adult learners as well.”

Leslie De Leonardis, director of the five schools now part of the archdiocese’s STEM Network, agreed that there are “so many creative ways to collaborate in an online world.”

“This is more about how you learn than what you learn,” added De Leonardis, who has been working virtually from her home in Burbank. “It’s a mindset. All of our interdisciplinary curriculum is adaptive to technology and applies to the real world setting even if it’s a lens or camera or screen. This whole process is a STEM project into itself.”

For example, De Leonardis relayed a story about a family that moved to Florida but was not happy with the distance learning taking place there. Instead, they enrolled in the newly formed online academy at Holy Spirit STEM Academy in downtown LA, and their children are taking classes 3,000 miles away. 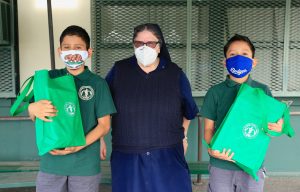 St. Anthony School in San Gabriel has seen an increase from 67 students when principal Angela Mastantuono arrived in 2018 to 131 in 2019, and as enrollment ebbs and flows with various circumstances, it was approaching 150 for this school year. It has already been given the green light to open its preschool, thanks to its designation as an “essential” child care facility, with social distancing and all other regulations in place.

As plans evolved in line with changing COVID-19 statistics, Mastantuono, her faculty, and staff made a concerted effort to better communicate over the summer and the parents became a vital mechanism.

“Transparency was key, even if we didn’t know all the ins and outs,” said Mastantuono, who at one point in June issued a 10-page safety document on how students will return to campus. “We’re very much in the thick of it with them.”

When St. Anthony started classes Aug. 20, it didn’t wait a week or two for the traditional “Back to School Night” — it hosted a virtual one right away. 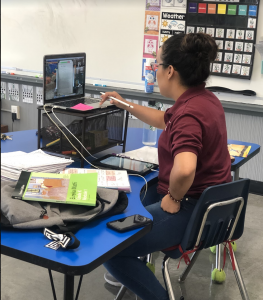 “We wanted to make sure parents understood we don’t want kids to lose out on their education, and there has to be a compromise and balance toward making this all work,” Mastrantuono explained.

“Having two nephews who go to public school, I see the investment in the Catholic schools is so different, giving nourishment every day. I know some parents are struggling financially, but we can work with them, have candid conversations, and come up with a solution together.”

Ann Marie Camarillo, whose oldest son starts his senior year at Don Bosco Tech, and her other two sons in fifth and eighth grade at St. Anthony have both been there since preschool, said she “never hesitated keeping them in Catholic school this year even if we knew it might be full time at home.

“In general, it’s always a sacrifice to commit to a tuition, with or without COVID-19. But the community of St. Anthony’s is so good, I can’t see my kids anywhere else.”

Muriel Lopez has a son in first grade, a daughter in kindergarten, and a 2-year-old son getting ready to attend preschool, all at St. Anthony’s.

“I’ll definitely send my kids back to campus when that option happens because of all the precautions they have not just told us, but shown us,” said Lopez, whose family lives in Whittier, 10 miles from St. Anthony’s. “We know this isn’t long term. With all the things they’ve done virtually to this point, I can only imagine how safe things will be on campus when we’re open again.”