This month, the 47-year-old mother of five can also be called an award-winning public servant, the first recipient of the OneLife LA Service Award.

It will be presented by Archbishop José H. Gomez during the Saturday, Jan. 18 event in LA State Historic Park, in recognition of the work she has done over the last 20 years with the Westchester-based nonprofit organization SOFESA to help homeless and low-income families in Southern California.

Echeverry’s life story can’t easily be summed up by the facts that, in her first 20 years, she endured sexual abuse, homelessness, abortion, and two suicide attempts. At 21, finding her eventual husband, Charlie, now an ordained deacon, led her to the Catholic Church.

Prior to the sixth-annual OneLife LA Walk for Life, we caught up with Echeverry:

What kind of statement does it say about your personal mission and journey, as well as that of SOFESA, to be the first recipient of the OneLife LA Service Award?

This is a tremendous blessing! I truly believe it not only proves that what our society needs can begin with the prayers and actions of one person, but it also encourages others to step out into the world and begin making those relationships that matter to humankind the most.

When I began SOFESA in 1999, I only knew one thing: I wanted to help alleviate, even if just for a few minutes, the discomforts that come with homelessness and trauma. What has been amazing has been looking back and seeing God weave his golden thread of human dignity into everything SOFESA has done.

My journey of one person created a ripple effect and speaks to the power we have as individuals united together for the good of humanity. The problems people face may feel and look big, but the solutions are simple and small. 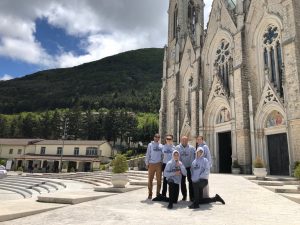 The Echeverry Family in front of Basilica Minore Addorolata in Castelpetroso, Italy, where their daughter was married last May. (Photo courtesy Jess Echeverry)

Can you explain how the name SOFESA came about?

One of the fantastic mission statements for SOFESA is that it helps “eliminate survival mode among homeless families by creating opportunities for them to stop and ‘stare into the fire.’ ” What’s the most valuable way to help anyone address “survival mode”?

Survival mode is a state of being in which your consciousness and awareness is affected by your living situations and previous experiences.

For example, when we receive a notification that we have a mother with six children in a motel and they need help and more money or they will be on the streets, that helps us to understand the ‘survival mode’ they are in and how that situation will continue to affect the decisions they make moving forward. This includes their physical environment as well as their emotional and spiritual environment.

We have found that the most valuable way to help someone in survival mode is to eliminate the physical obstacles first: no shelter, no food, no medicine, no clothing, etc. How open are you to ideas and decision-making processes when you are cold, hungry, hurt, and scared?

Once we help eliminate that physical obstacle, we can start the relationship that will help free them of the protective walls they have up because of their experiences and history.

Your website says you have decided to close your Emergency Outreach Program because “it was no longer working” and you’re trying to come up with a better model of care for families. How is that direction going?

Unfortunately, we once could shelter a family in a motel for three-to-five days while we worked with them to access all available resources and connect them with a shelter or transitional housing facility. Now it takes us more than three months to do the same thing, and even then, we have failed at getting them housing temporarily.

SOFESA never had the budget to house families in motels for months at a time nor do we agree that that is the solution. We had no choice but to shut it down because we had no more money. There had to be a better solution.

We researched the Coordinated Entry System (set up by the Los Angeles Homeless Services Authority) and other resources available to homeless and low-income families, but realized the way it is set up and enforced is severely flawed and needs reform, if not a complete overhaul.

That is when we applied our faith background to the problem. The Catholic Church began hospitals, orphanages, schools, and homes for the needy. We have always been and still are the largest charitable organization in the world. 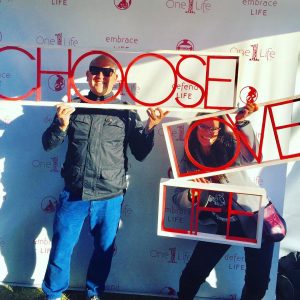 We are called to the Corporal Works of Mercy as Christians. The problem now is we have found ourselves in a place where we feel unable to do it on our own, or it is not worth doing it without a larger organization. If we say this problem is really big, so we are going to need a really big answer, that’s a false conclusion.

If each person were to print out the list of the Corporal Works of Mercy and start there, we would be actively solving our homeless problems, and many others. We have lost the authenticity of the message. We have been convinced we are unable to do it ourselves.

We need to be reminded of the fact that as Catholic Christians, this is who we are and what we do, and have been since the beginning of time. We need to get back to the roots of our faith.

We need to teach, learn, and expound on the teachings of subsidiarity. It is at the core of the solution. What we have right now are protocols and people in place who are so far removed from the actual crisis and problem. They are the ones responsible for making decisions on care and help. That has never worked and will continue to fail.

We are praying, discerning, and researching a new model of care and hope in this venture that God will reveal to us his wishes on how to best help our families in need moving forward.

The quote that you have posted at your presentations, on your social media feeds, is the one by St. Augustine: “In my deepest wounds I saw your glory and it dazzled me.” Can you explain how those words move with you and frame what you’re doing?

I spent the entire first half of my life angry, hardhearted, and bitter. I blamed many people and even God himself for all of the traumas and offenses I endured.

But in his mercy, and through the prayers of my loved ones who had gone before me and knew the Truth, God allowed me to encounter him and decide whether I wanted him or not. And in this unveiling of himself to me I had to trust him above everything else.

It was difficult, especially in the beginning, as I had to go back and reprocess all of my life experiences and relationships. God was calling me back into the wounds of my childhood, the darkest places one can ever be. But I went, and in those wounds that have scarred me and even brought me to the lowest times in my life, I found Jesus there. He was in my wounds.

He was telling me that our wounds bring us into unity with him, that we are all equal in dignity no matter what we say or do. And if that applies to me, then it applies to every other single human being as well. And that meant those who hurt me in the worst ways, too.

There, in my wounds, he led me to true freedom found in love and forgiveness for those who have done the worst. He brought me full circle with him on the cross when he said, “Father forgive them, they know not what they do.”

Our wounds are meant to be redeemed by God! 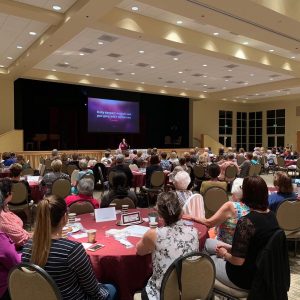 You have followed up with that in the title of your upcoming book, “Dazzled: From Darkness to Dignity Through Christ.” What more can you tell us about when it is coming out?

I spent the past two years working with Patti Maguire Armstrong in writing my first book. I feel that the entire process was Holy Spirit derived and accompanied. We are currently looking for a publisher and God willing will have it available by fall of this year, hopefully earlier.

How has your Catholic faith become a foundation for offering comfort and human dignity to those in need?

I was serving the homeless long before I had a “Catholic faith.” I began SOFESA in 1999, and I became a Catholic in 2008. It is in our human nature to serve, to help, to aid suffering. There are many organizations that give things to those in need. When I became a Catholic, it was the beginning of my learning what that meant.

I was a reluctant new Catholic. I became Catholic not because I believed, but because Jesus encountered me and told me where to find him. It took years of learning the beauty of our Catholic faith for me to see just how foundational it truly is to everything I do and everything SOFESA does (and has done).

I did not know what human dignity was until after I became Catholic, and even then I did not understand it. But once I did, once I learned it in a way that resonated in my heart instead of my head, then it made everything that I have done and everything I will do make even more sense!

My Catholic faith brings the fullness to all that I have ever done and will do with SOFESA.