On LA’s streets, Guadalupe points to heaven in unexpected places

St. Ignatius of Loyola urged people to “seek and find God’s will in everything.” That means being open to surprise as God reveals himself in unsuspected places and ways.

About 15 hours of my work week is spent behind the wheel, as I travel from appointment to appointment. As I drive, I take in the fabric of our city, and often find myself praying spontaneously. It’s not only the Instagram-worthy sunsets over the Pacific or snow capping the San Gabriel Mountains where I recognize God.

In fact, God tends to show himself to me more in glimpses of unexpected beauty in the grittier parts and harsher realities of our city.

The street art of Los Angeles is one such place where God can be found.

In his beautiful photo book, “The Virgin of the American Dream: Guadalupe on the Walls of Los Angeles” (39 West Press, $25), journalist Sam Quinones documents the ubiquitous presence of Our Lady of Guadalupe in our urban landscape. 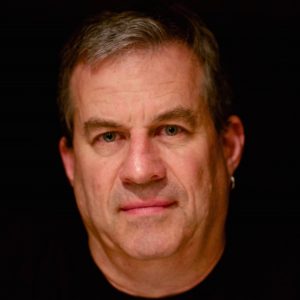 The ancient Christian city of Constantinople was so full of images of the Virgin Mary that its inhabitants thought of it as “Theotokoupolis”  — the City of the Mother of God. It’s not too fanciful to suggest that it’s the virgin’s presence  — on the walls of launderettes, corner stores, gyms, and auto-repair shops — that makes LA into the City of Nuestra Señora de Guadalupe.

The abiding presence of the “La Morenita” is, however, part of something larger — the Catholic imagination at play on the streets of our city and region. When Catholic imagery — the Sacred Heart, crucifixes, the rosary — shows up not only in churches, schools, and homes, but in public places (many of them in grittier areas), it opens a window into the abiding presence of God among his people.

Often those windows to heaven open up in unexpected places.

Behind a nondescript storefront on a busy boulevard in the heart of East LA something extraordinary — and in its own way, sacred — is going on. In an art studio, color explodes from large canvases. As students huddle around computers, elegant digital graphics that will eventually become community murals come together on their screens. Artists work at wooden easels, intensely focused on their craft. The atmosphere is calm and recollected.

At the center of it all is Fabian Debora. A former gang member, he is a prominent muralist and a collected artist whose work is full of the imagery of Catholic spirituality. From the outside of apartment buildings in South LA to Catholic schools in Orange County and street corners in Boyle Heights, Debora’s art is a part of the fabric of our communities.

An El Paso, Texas, native who grew up in Boyle Heights, Debora overcame a troubled early life marred by drugs and incarceration. He’s now the executive director of the Homeboy Art Academy, a division of Father Greg Boyle’s Homeboy Industries. The academy provides art education and training to formerly gang-involved and previously incarcerated children and adults. 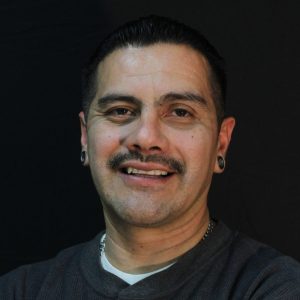 As a child, Debora was heavily influenced by his mother and grandmother, deeply devout in their Catholic faith and reverence for Our Lady of Guadalupe. He first discovered art amid the strife of his family home childhood, discovering that drawing offered an escape from tension, anxiety, and occasional violence.

“I’d create my own realities,” he said. “Art became a part of me — it was something no one could take away.”

As the years passed, sketches in his notebooks turned into graffiti tags on freeway signs and watercolors in his jail cell, using ground-up M&Ms and Skittles for his paint. After a deep spiritual experience in the depths of his personal despair, his passion for graffiti turned into an intense focus on telling the stories of his community through murals, paintings, and prints.

As an educator and mentor to young adults facing the same temptations and challenges he once did, Debora encourages artists to discover their unique inner voices. “Paint what you believe,” Debora recently said to a student struggling with a piece of art.

Spirituality is central to his work. For Debora, the Blessed Mother is an important symbol of faith and hope, and she figures prominently in his images. An articulate man, he speaks thoughtfully of “urban Catholicism.”

Looking at his community inspires him, as he discovers God’s beauty at play in everyday urban life — a mother sitting with her two young children on a bus bench or an unhoused man sleeping on a sidewalk. This is art that, even when it is not explicitly religious, reveals the dignity of humans, as images and likenesses of God.

“I look for God in all people,” Debora said. “They say that art is the closest you can get to God. In that case, I’m doing God’s work.”

I have no doubt that he’s right.

Fabian Debora and Sam Quinones will speak at “Guadalupe: Holy Art in the Streets of Los Angeles,” a free event at 3 p.m. on Sunday, April 10, at the USC Fisher Museum of Art. The event is hosted by the Institute for Advanced Catholic Studies at USC. Readers can learn more and RSVP at iacs.usc.edu/holyart.