Even in a challenging pandemic year, the partnership between the William H. Hannon Foundation and The Association of Catholic Schools (TACSC) has stayed strong.

The most recent grant to TACSC from the Hannon Foundation marks the 20th year of giving to the nonprofit Catholic leadership organization.

TACSC was founded to develop young Catholic into moral leaders in the world. Now in their 38th year, the organization supports middle and high school students in Los Angeles and across the country. 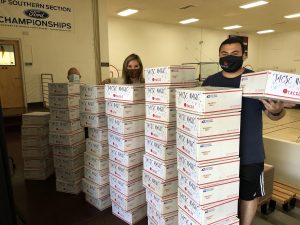 In a statement, TACSC executive director Heidi Johnson credited the Foundation’s support for part of their organization’s “dramatic growth.” Over the past 20 years, the Foundation has given them over $1.7 million in grants.

“The William H. Hannon Foundation’s belief in our work and program has been critical to our success and their partnership has helped us achieve mutual organizational goals and ultimately strengthened us as a non-profit,” she said. “The Foundation has made an indispensable contribution to the future of Catholic leaders in the Archdiocese of Los Angeles and beyond.” 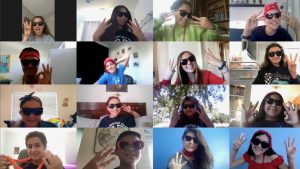 During the COVID-19 shutdowns, TACSC reimagined their student programs, taking one of their own mottos — “Leaders are adaptable” — to heart. They switched to an entirely online format, offering leadership training virtually so they were able to continue their programs uninterrupted.

“The work TACSC does to promote leadership in our Catholic schools cannot be understated,” said Jim Hannon, treasurer of the William H. Hannon Foundation, and former president of the TACSC board of directors. “This is one of the priorities my late uncle, William Hannon, had in mind when he started our foundation — promoting the welfare and education of young men and women at an early age so that they can become leaders for life.”