For lay religious orders, COVID has made the old new again

Pope Francis has recently focused on expanding the role of laypeople in the Catholic Church with the March 19 publication of his apostolic constitution “Praedicate Evangelium” (“Preach the Gospel”) and his call to priests in dwindling religious communities to prepare laypeople to assist them in the work of evangelization.

For centuries, Catholic laypeople have found their charism through lay order membership, colloquially known as “third orders” — an ancient vocation that is seeing a resurgence since the start of the COVID-19 pandemic.

While many people associate the term “vocation” with the call to the priesthood, religious life, or marriage, fewer are familiar with associations of laypeople who promise to follow the teachings of a religious order while living in the world.

It’s a calling that has reached people like Nieva Alix of Panorama City. In 1974, Alix was in formation with a religious order in the Philippines when she met Mother Teresa. Alix recalled that she was immediately drawn to her simple way of life.

Before taking her final vows, Alix left the order to volunteer with Mother Teresa’s order, the Missionaries of Charity, and was invited to join them in New York City, where she spent 13 months.

“This is not for you,” Mother Teresa told her. “Perhaps the Lay Missionaries of Charity would be a good fit for you if you want to live our way of life.”

Now 70 years old, Alix is preparing to make her vow for life with the Lay Missionaries of Charity this month.

For centuries, such “tertiary” groups (also known as “third orders,” “lay orders,” or “secular orders”) have drawn Catholics attracted to the charism, mission, or spirituality of a particular monastic community but have not felt called to become a priest, monk, or religious sister. In many times and places, such groups have met that unique desire.

According to canon law, lay orders are “under the higher direction of the same [religious] institute” and “are subject to the vigilance of competent ecclesiastical authority, which is to take care that the integrity of faith and morals is preserved in them.”

Interested parties go through a period of discernment and formation, often for several years, before making a formal lifetime commitment.

Although third orders have been around for centuries, they seemed to get and give new life during the last two years of the COVID pandemic. According to VISION Vocation Network — a resource of the National Religious Vocation Conference that tracks statistics on those seeking information about Catholic religious vocations and lay/secular communities — lay order membership is possibly on track to have the most inquiries in 2022 than any of the past five years.

Patrice J. Tuohy, publisher of the VISION Vocation Network, said the recent uptick in inquiries tracks with a broader pandemic trend of people rethinking their lives in search of “options” that would bring them more meaning.

“Third orders are certainly one way if they’re not able or interested to enter fully into religious life or into a religious community,” explained Tuohy.

Many churches were forced to close or change their ministry and outreach according to changing health guidelines, but lay order members in the Los Angeles area have found ways to navigate the disruptions, support their local communities, and quietly pray for the world’s salvation and healing.

One such group is the Lay Missionaries of Charity, founded in 1984 by Mother Teresa and Father Sebastian Vazhakala MC, in Rome. Its members are asked to be free to serve the “poorest of the poor of the whole world” and “work for the salvation and the sanctification of the members of their own families.” Members make annual private vows of chastity, poverty, and obedience.

Like most of the lay order members who spoke with Angelus, the Los Angeles-based Lay Missionaries of Charity met via Zoom during the pandemic, but have resumed monthly in-person meetings.

“If the sisters need something for their community, we try to supply it,” explained Alix. She cites the example of a couple who prepares meals for neighbors and persons who are homebound as one way they live out their charism.

Prayer, community, and service are also the foundation of the Secular Order of Discalced Carmelites (OCDS), which has been guided by the Rule of St. Albert of Jerusalem since the 13th century. It includes instructions for the Carmelites to “live a life in allegiance to Jesus Christ.”

Cheryl Enerio, in Long Beach, was invited by a friend to explore joining the contemplative lay order. “I went to her definitive promise ceremony, and that’s how I met some of the members,” she said.

With the full support of her family, Enerio entered the first stage of formation, or “aspirancy,” in preparation to wear the Brown Scapular of Our Lady of Mount Carmel. Enerio took monthly classes, studied the Carmelite saints, and committed to daily prayers, Mass, and monthly meetings. She continued through formation for nearly eight years. “I prayed through it. I went to confession a lot. I persevered through the classes. The other people in the community helped us, too,” she recalled.

While members of the community used to go to different churches to speak about Carmelite spirituality before the pandemic, the order has tried to be virtually present to their community by soliciting prayer requests and intentions.

Spiritual directors like Father Francis Benedict, OSB, the oblate director at St. Andrew’s Abbey in Valyermo, have been in high demand since 2020. “I’ve done a lot of pastoral counseling of people who are depressed because of the pandemic. Human conflicts have been exacerbated by the solitary part of it or the isolation that it’s caused,” the Benedictine priest told Angelus.

Father Benedict enjoys closely accompanying lay members of his community on their journey. Like all lay orders, the oblates embrace a routine of prayer and spiritual reading, but Father Benedict emphasized there is plenty of flexibility.

“We encourage them to do more than they would have done if they weren’t oblates, but to find what works for them. . . . We know that modern life has a lot of variables that we can’t completely address.”

Benedictine Oblates from around Southern California meet at St. Catherine's Church in Riverside on May 7. Three new oblate novices were formally "invested" at the meeting. At right is Abbot Damien Toilolo, abbot of St. Andrew’s Abbey in Valyermo. (Benedictine Oblates)

Author and education director Elizabeth Seward described the abbey as the backbone of her life.

“It’s my spiritual home. I’m even going to be buried there,” Seward said. “Another thing about the Benedictines that I really like is their hospitality. [There’s] the hospitality to people — they talk about meeting a visitor as if he were the Christ — but also the hospitality to other ideas and other ways of thinking and doing things.”

After Hon. Mary Fingal Schulte’s (Ret.) husband, Hon. Commissioner Thomas Schulte (Ret.), passed away unexpectedly in 2019, she sought solace in the St. Andrew’s Abbey community. “I love these men,” Schulte said. “They are dear friends. After Tom died, they did even more nurturing of me and our oblate group.”

Schulte and her husband joined as oblates together, touched by the “quality of the retreats they have and the rhythm of their prayer life.” When the pandemic hit, Schulte said she tried to support the monks through phone calls, gifts, donations, and participation in Zoom retreats. “Even though they’re in community ... the monks really enjoy having people come. It was hard on them,” she explained.

Schulte wrote about how being an oblate helped her prepare for “living in a ‘monastery of one’ ”: “As an oblate, I am called to what is described as ‘a never-ending process of integration’ — to make a consecration of my time, to seek a simplification of life which entails a simplification of schedule, and to ‘clear time for God.’... I’ve learned to be more tuned into God speaking to me in this way, in his silence, through everyone and everything around me.”

Paul Michelini, a project manager, was recently appointed president of the lay order at St. Michael’s Abbey in Silverado. Michelini met his wife in a young adult group led by a Norbertine priest, and the couple asked him to witness their marriage.

They started attending services at the abbey, and years later they were on the path to joining the order.

“It felt very comfortable to move forward,” he said. “It gives you a framework to help you keep reaching.”

While the Vatican reports declining vocation numbers and the impact of COVID missionary efforts, Michelini pointed to his thriving community. “They had so many vocations that they were turning away young men that want to be priests. ... Now they have 39 seminarians.”

“The past two years have been both a challenge and blessing to our chapters. As a result, our members have grown closer to each other and to God,” Denise Harvey, president of the Dominican Laity Western Province, told Angelus. Members have looked after each other and their local communities throughout the pandemic, praying, helping the elderly, and assisting neighbors in need. 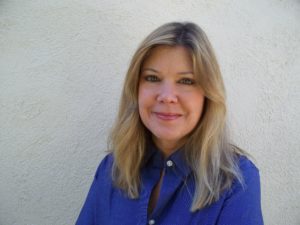 Harvey acknowledged that Dominicans are typically associated more with teaching and preaching, “but few associate us with being contemplative,” she said.

However, the group’s deep devotion to the Eucharist, the Blessed Mother, and the rosary all attract lay members. And during the pandemic, many members who are nurses working on the frontlines of the pandemic brought their charism to the hospitals.

“They were really put to the test. I know one nurse that was baptizing people in the hospital. ... They kept bringing the faith to people and giving hope to their patients — not just bodily care, but spiritual care when they couldn’t be with their relatives.”

John L. Murphy is in formation to become a Secular Franciscan with the St. Francis of Assisi fraternity in Silverlake. He also has an academic focus on Franciscan studies and comes from a family of third order and religious Franciscans.

“Growing up in Los Angeles, the legacy of the sisters and brothers of Francis the founder endures,” he said. The Franciscan focus on the Gospel is what most intrigues him.

“The Franciscan insistence that the Gospel and life intertwine to produce nourishment and sustenance is encouraging, especially during times of ‘internal drought.’ Beneath the romantic stereotype of the founder, he and his followers direct us on a demanding, sobering, joyful, and countercultural path.”

While the members of the Los Angeles lay orders don’t want to give the impression that joining one is a prerequisite for holiness, they are witnesses of how it’s helped them.

“We’re all called to sainthood. We’re made to be saints. It’s not something for a few; it’s for all,” Harvey emphasized. “The reason that people join the order, I would think any order, is to have a deeper relationship with Jesus and the Church.” 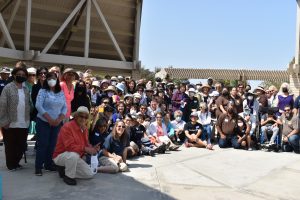 Lay Franciscans from around Southern California at a recent regional picnic. (Tinh Le)

Tuohy expects that Pope Francis’ emphasis on the role of laypeople — and his outreach to young people, a growing demographic among those inquiring about religious orders — could give rise to an increase in third order membership in the coming years.

“People do like a lot of what religious life offers — a more focused approach, knowing how to take your time to discern and make wise choices, stability, and simplicity,” she said. “Those are really attractive virtues for everybody. The more we invite everybody to the table, the more we see it can reinforce those practices among a much broader percent of the population.”