Churches in California can open for indoor services after the U.S. Supreme Court overturned a state ban on indoor worship during the COVID-19 pandemic.

In a 6-3 decision announced Friday night, the Court ruled in favor of two Southern California churches that had sued Gov. Gavin Newsom over the state’s strict guidelines, which limited churches to holding services outdoors or online.

While the six justices in the majority differed over to what extent the state can restrict worship, all agreed that California’s COVID-19 regulations violated the First Amendment’s protections for free exercise of religion by treating churches unfairly.

“California worries that worship brings people together for too much time,” wrote Justice Neil Gorsuch in an opinion concurring with the majority’s Feb. 5 decision. “Yet, California does not limit its citizens to running in and out of other establishments; no one is barred from lingering in shopping malls, salons, or bus terminals.”

On Saturday, Gov. Newsom’s office announced it would be releasing new guidelines on indoor worship in the coming days to conform with the new ruling.

Indoor services had already been allowed in Los Angeles County since Dec. 19, when county health officials updated its own safety guidelines to allow for indoor services, despite the state ban. In that announcement, the county cited a similar ruling by the Supreme Court last November overturning New York Gov. Andrew Cuomo’s restrictions on indoor worship in parts of Brooklyn.

That decision argued that there are “many other less restrictive rules that could be adopted to minimize the risk to those attending religious services.”

“Even in a pandemic, the Constitution cannot be put away and forgotten,” the court said. “The restrictions at issue here, by effectively barring many from attending religious services, strike at the very heart of the First Amendment’s guarantee of religious liberty.” 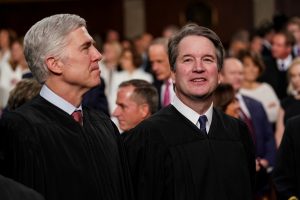 “California had no right to declare itself a religion-free zone,” Rassbach said. “When every other state in the country has figured out a way to both allow worship and protect the public health, maybe you are doing it wrong. We are glad this extreme violation of our first freedom has finally come to an end.”

Becket had submitted an amicus brief in the case.

“When it comes to First Amendment rights, courts should not rubber-stamp public health restrictions,” said Rassbach. “That is especially so as we near the one-year anniversary of the lockdown orders. Instead, courts should carefully balance the right to worship and public health.”

Pope Francis: The Lord does not permit darkness to have the last word