Religious freedom is a hallmark of American identity. The United States fancies itself the “land of the pilgrim’s pride.” When we tell our story we begin with the Puritans, William Penn, and others who fled religious persecution. Our Constitution’s First Amendment guarantees: “Congress shall make no law respecting an establishment of religion, or prohibiting the free exercise thereof. …”

Where did the idea come from?

The standard histories tell us that a right to religious freedom was first proposed in the aftermath of the Protestant Reformation and the bloody Wars of Religion. It was the only way, they say, to keep Christians from killing one another, and it had to be imposed by states that were indifferent to religion.

Christianity, in this telling of the story, is inevitably prone to violent persecution of dissenters, and so it needed to be disciplined by more enlightened minds.

Actual historical documents, however, present a different story, and it’s well told in a new book by Robert Louis Wilken, professor emeritus of history at the University of Virginia and the dean of U.S. church historians.

In “Liberty in the Things of God: The Christian Origins of Religious Freedom” (Yale, $19), Wilken traces the idea not to the American founding, but rather to an African Christian of the late second century.

Tertullian was an intellectual of the first rank and an adult convert to Christianity. He wrote with concision and rhetorical force. He probably had training in law. Christians recognize him as the first to write theology in Latin. He is the earliest witness to the word “Trinity.”

Wilken, however, would have us remember him also as the first to advance the idea of worship as a matter of conscience. He emphasizes that he is speaking of religious freedom and not mere tolerance. “Tolerance is the forbearance of that which is not approved, a political policy of restraint toward those whose beliefs and practices are objectionable.”

The Romans, as Tertullian knew, could be tolerant of foreign religions, but their tolerance was a concession. Only the emperor could recognize a god as suitable for worship. Most religions passed muster because, like the Roman religion, they permitted the worship of many gods, including those of the Roman pantheon.

But Tertullian’s religion, Christianity, presented a special problem, because its God made an exclusive claim to worship. His first commandment forbade devotion to other gods. Since Roman religion was woven through so much of common life — the military, commerce, law, and even sports — Christians could not be assimilated in society. Thus their loyalty to that society was always in question.

Rome found it difficult, if not impossible, to accommodate Christian religion. Persecution had legal precedent going back to Nero in A.D. 64. In the years following Tertullian’s conversion, the emperors of the Severan dynasty turned up the heat and enacted laws against conversion to Christianity. Thus, those already Christian were safe, but those who entered the catechumenate were committing a capital crime.

To the proconsul of Africa, Scapula, Tertullian wrote: “It is only just and a privilege inherent in human nature that every person should be able to worship according to his own convictions; the religious practice of one person neither harms nor helps another. It is not part of religion to coerce religious practice, for it is by choice not coercion that we should be led to religion.”

In another work he wrote still more forcefully: “Let one man worship God, another Jupiter. … For see that you do not give a further ground for the charge of irreligion by taking away religious liberty and forbidding free choice of deity, so that I may no longer worship according to my inclination, but am compelled to worship against it. Not even a human being would care to have unwilling homage rendered him.”

With these passages, the idea of religious freedom “enters the vocabulary of the West,” Wilken says. 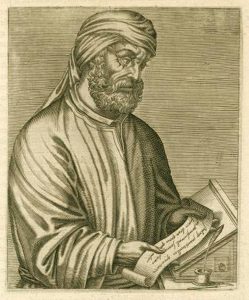 A century after Tertullian, another Latin-speaking North African, Lactantius, would advance the argument. He asked again whether the gods of the Romans were truly honored by sacrifices that were forced. “Religion cannot be compelled,” he wrote. “It is by words rather than wounds that that you must bend the will. Nothing is so much a matter of free will as religion.”

The words of these two men, Tertullian and Lactantius, would echo down the centuries, cited in defense of the primacy of conscience and the free exercise of religion.

The principles were adopted by the first Christian emperor of Rome, Constantine the Great. In fact, they were enacted as law. The so-called Edict of Milan (A.D. 313) did not favor Christianity over any other religion. It simply granted Christians the status already enjoyed by other cults, so that “each one may have the free opportunity to worship as he pleases; this regulation is made that we may not seem to detract from any dignity of any religion.”

Constantine’s later edicts, to the Palestinians and to the Eastern Provincials, state with similar clarity: “Let no one disturb another. Let each man hold fast to that which his soul wishes. Let him make full use of this.”

Wilken observes that Christian emperors and churchmen did not always live up to these principles. But St. Pope Gregory the Great used them when he counseled bishops to convert Jews by persuasion, not coercion.

Later authors invoked them as they tried to curb the tyrannical acts of kings. When Charlemagne, in the eighth century, gave the conquered Saxons the choice between conversion and death, the leading scholar of his court, Alcuin, condemned him in terms that echoed the arguments of Tertullian and Lactantius.

In the Middle Ages, St. Thomas Aquinas elaborated the principle of religious freedom and the role of conscience in its exercise. Medieval popes used these arguments to shore up the rights of Jews.

Religious liberty was not, as some later commentators charged, a “loser’s creed,” a convenient argument for Christians when they were persecuted, but quickly forgotten once they gained power. It was a truth that Christians spoke to power, a limit on the authority any state should hold over persons.

That is why Tertullian and Lactantius found a sudden utility in the aftermath of the Reformation. What would Europe’s new nation-states do now that Christianity had been fractured into a growing number of sects? For the sake of order, they declared that the religion of the ruler should dictate the religion of those who were ruled (“Cuius regio, eius religio”).

To individuals who held to minority religions, this was unacceptable. In their defense they called upon the ancient Fathers. Catholics did this in Protestant lands. Protestants did the same in Catholic lands.

The principle was congenial as well to the first thinkers of the Enlightenment, most of whom were agnostic or deist. Yet they were aware of Tertullian, and they recognize the truth of his argument for religious freedom.

Wilken ends his book by showing us that Thomas Jefferson, himself a deist, copied out Tertullian’s argument at length, in Latin.

It’s rare to find a “history of ideas” that’s also a spellbinding story anyone can enjoy. “Liberty in the Things of God” is just that kind of book.

It is, needless to say, most useful at a time when “freedom of religion” is increasingly set aside while “freedom from religion” is advanced — using fake history as its justification. The state, whether in Rome or Washington or Sacramento, would prefer to recognize no higher authority than its own.