Saints of the day: Philip and James the Less, apostles

Today the Church celebrates the feast of Sts. Philip and James the Less, both apostles of Jesus.

St. Philip was born in Bethsaida, in Galilee. He was a member of Jesus’ 12 apostles, and immediately after Jesus called him, Philip began to convert others, telling his friend Nathaniel that Jesus was the one whom the prophets and Moses had foretold. 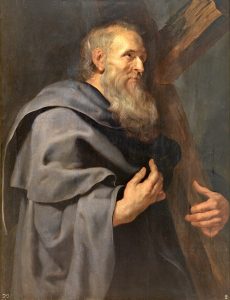 St. James the Less is called “Less” because he was younger than the other apostle of the same name, St. James the Great. James the Less was related in some way to Jesus, and after Jesus’ Ascension, he became the head of the Church in Jerusalem. St. James was martyred in the year 62.