“Impactful family, faith-based media.” Those words are among the first you see on the Family Theater Productions homepage, describing the Catholic media company’s impetus of almost 75 years.

Born in 1947 from the work of the Venerable Father Patrick Peyton, this branch of Holy Cross Family Ministries is not shy about the faith it professes through initiatives with titles like “Catholic Central” and “Pray Together Now.” But in its latest film, the faith element isn’t as obvious.

“The House that Rob Built,” Family Theater’s new documentary, follows the career of Robin Selvig, head of the University of Montana’s women’s basketball team, the Lady Griz, over the span of 38 years. There’s nothing overtly religious or faith-related in the film.

So why did a well-known Catholic film production company take a film about a college basketball coach and his players? 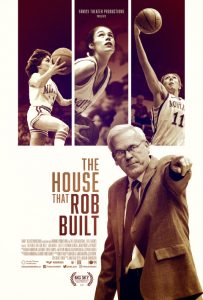 Answering that question first requires a bit of digging into Family Theater Productions’ film portfolio. Through its shared participation in the production of “The Dating Project” back in 2017, the team got to know a new set of faces, including one of the producers, Megan Harrington. Impressed with her work as a filmmaker, they decided to bring her on board to produce the documentary “PRAY: The Story of Patrick Peyton,” about the Family Theater founder.

After those two projects, Harrington approached the team with a new idea — one from her own experience.

“Megan had played for the Lady Griz,” said Father David Guffey, national director of Family Theater Productions, in a phone interview. “She had been a member on one of Coach Selvig's teams. She explained the impact that he had on the lives of the players, and she talked about how much he had meant to the school and to the whole community.”

Harrington was inspired to make the film after realizing just how many women he had helped. “The idea crossed my mind while he was still coaching,” she said in an email interview, “but once he retired and over 100 women were coming back for a surprise party, the ideas started to accelerate fast.”

Though it wasn’t “faith-based,” the idea caught the interest of Family Theater. “It seemed like a great family story,” said Father Guffey, “a story that the whole family could watch together, and we wanted to be part of it.”

Selvig, a Montana grad and former basketball player himself, accepted a job as head coach of the Lady Griz in 1978, four years before the NCAA even included the sport in its ranks. Known for applying the same intensity and high standards he had seen in men’s basketball to his female players, Selvig led the Lady Griz to 865 victories throughout his career, elevating the sport’s public profile and opening the door of higher education to hundreds of women.

But what is it about the story of Selvig and the Lady Griz that appealed to a Christian production company? According to Father Guffey, the key element was Selvig’s role as a mentor.

“As we heard Megan out and saw some of the interviews that she had already shot, you could see that there was a story there … of a man who had dedicated his life not just to basketball, but to using basketball as a way to help people develop self-confidence, discipline, friendship,” he said. 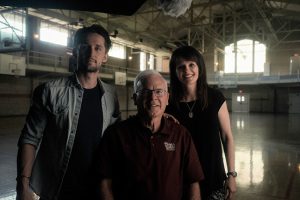 That dedication to service comes across clearly in the film’s segments about young women from small towns and Native American reservations who became Lady Griz players. Once convinced they couldn’t amount to much, they found out otherwise thanks to Selvig’s encouragement.

“He just had a niche for finding what worked and making them believe,” reflects one former player in the documentary. “You are forever our coach,” says another to Selvig at his retirement party.

Although the film never mentions faith, Father Guffey hopes Selvig’s story leads viewers to reflect on what athletics and faith have in common.

“There’s such a great tradition of the bond between the Church and the world of sports,” he said, referring to writings from St. Pope John Paul II and Pope Francis to recognize the Olympics, jubilee years, and other special occasions.

Such messages, he recalled, emphasize that “[engaging] in sports calls a player out of him or herself …  in a healthy way. It helps train them in a spirit of self-sacrifice and discipline and fosters … community, loyalty, and friendship.”

Those virtues in sports and in Selvig’s story, Father Guffey concluded, make the absence of direct expressions of faith in “The House that Rob Built” irrelevant.

“All of those things have everything to do with what it is to be Christian,” he said.

As the film’s co-director, Harrington says that faith is ultimately what “The House that Rob Built” is built on.

“My faith is the core of who I am,” she noted, “so it plays a critical role in everything I do, including the kind of stories I want to tell.”

The fact that this particular project is not a religious film, she continued, does not mean that God is absent from it. “In ‘The House That Rob Built,’ I see the beauty of God’s creation in the rolling hills and majestic mountains that cover Montana,” said Harrington, “combined with powerful stories that exemplify what it means to be human and part of something bigger than yourself.”

Ultimately, Harrington finds that her mission as a Catholic filmmaker depends less on the subject matter of a project than on the lens of faith she applies to it. “Whether it’s religious or secular,” she concluded, “my goal is to use the gifts and talents God has given me to the best of my ability for his greater glory.”

“The House That Rob Built” is scheduled for digital release on Feb. 23. More information is available at TheHouseThatRobBuiltMovie.com.