‘The Crown’ trades factual accuracy for a healthy dose of compassion

“The Crown,” a docudrama based on the lives of the British royal family, is now streaming its fourth season on Netflix. This season chronicles the years between 1979 and 1990 when  Margaret Thatcher was prime minister, a period that famously included the early years of Prince Charles’ marriage to Princess Diana.

The genius of this series comes from its recounting of events affecting the royal family without the sensationalism with which they were originally presented in the news and tabloid press. “The Crown” offers a different perspective, one that offers thoughtful, nuanced, compassionate objectivity, otherwise known as realism.

While realist writers and directors must sometimes sacrifice literal facts in order to provide a truer presentation of social types and manners (what the novelist Honoré de Balzac once called “the history forgotten by historians”), their ultimate goal is to rescue some measure of existential truth from the distortions of popular mythology. 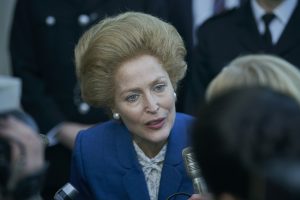 By debunking what we falsely think we know about the “Thatcher years,” and providing a more detailed backstory, “The Crown” replaces the myths of the “Iron Lady,” the “Fairy Tale” wedding, and the “Petulant Diana” with the complexity of real life. The show’s writers try hard to show no favorites and to present each character as they see themselves.

By sticking to this premise, the creators of “The Crown” dramatize the lives of the royal family with Shakespearean “objective seriousness.” Like in Shakespeare’s plays, there are no clear winners or losers, villains or heroes.

The thread that unites the show’s four seasons is Queen Elizabeth’s struggle to hold on to her duties as a monarch in a time when those responsibilities are not easy to define. For her, the survival of the crown and its traditions are the center around which everything in British life revolves.

The many stories within stories that make up the series present us with an encyclopedic soap opera of interrelated characters, most of them in decline. But unlike Balzac’s “Human Comedy,” “The Crown” is shaping up to be a tragedy with Elizabeth as its embattled, stoic protagonist.

Seen in the context of this larger story arch, season four presents the “Thatcher years” as a less tumultuous period than one might expect. True, Britain changed more in these 10 years than it had in any previous decade. The unions lost influence, the Left dissolved, and the Right gained power. There was massive unemployment, a punk cultural rebellion, and a growing distrust of long-standing institutions, including the crown. 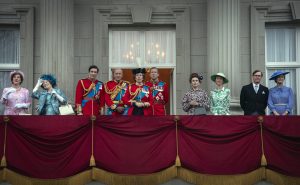 Yet during this time, the royals took an uncharacteristic reflective step back to reconsider who they had become and where they were going. Season four dramatizes this brief inward turn by juxtaposing the energy of the Thatcher “revolution” and blockbuster royal wedding of Charles and Diana with the sobering revelations of the queen, Charles, and others, all of whom must come to grips with unpleasant facts about their family and themselves.

For example, episode four focuses on Elizabeth’s sudden recognition of the troubling effects the royal lifestyle has had upon each of her children. Motivated by a reporter’s question as to which one of her children is her “favorite,” she makes an attempt to find out by arranging personal interviews with each one of them. In the process, she discovers that growing up “royal” was a lot more difficult for them than she had imagined.

Prince Edward, we are shown, suffered from brutal bullying in prep school. Princess Anne still harbors resentment for being abandoned to nannies and tutors. And given Charles’ problems with women, the queen concludes that her youngest, Andrew, is indeed her “favorite.” Though they all bear emotional burdens, the queen believes it is too late for her to do much about it. Sadly she describes all of them as “lost … each in their own deserts.”

This capacity (or is it a strategy?) to distance herself from other people’s problems is again demonstrated when an unemployed painter and interior decorator (Michael Fagan) breaks into Buckingham Palace.

Fagan spends the better part of the evening complaining to the queen about how he lost his job, apartment, and custody of his children. Once again, when confronted with how badly things have turned out for the people she rules, she politely defers responsibility and refers the man to palace security.

Charles experiences a similar avalanche of challenges. Shortly after Lord Mountbatten recommends that he stop “fooling around” and get married, the lord is killed in an IRA bombing while on a family boating excursion. His assassination is both cruel and strangely inevitable, a manifestation of what comes from mixing power, prestige, and politics.

In the wake of this tragic event, Charles proposes to Diana but continues seeing his married girlfriend, Camilla Parker Bowles. And although his wedding is a public triumph, his marriage is a private disaster. 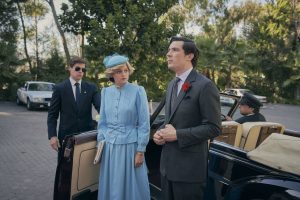 Diana and Charles’ first world tour is a bracing week, not unlike John F. Kennedy’s trip to Paris with Jackie. Crowds of admirers. Photographers everywhere. Charles plays second fiddle while Diana receives mass adulation, but it is a triumph for him nonetheless. A domestic peace is brokered, though all parties remain dissatisfied.

When Diana complains, the queen’s husband, Prince Philip, explains, “Everyone in this system is a lost, lonely, irrelevant outsider — apart from the one person, the only person that matters. She’s the oxygen we all breathe, the essence of all our duty.” He is, or course, talking about the queen.

As an American I was never a great admirer of the British royalty. The lives of these ornamental sovereigns never much interested me, until I saw them through the eyes of this show.

Here lies the genius of “The Crown”: In the end, we are left with characters who beg to be understood as human beings, ordinary people like you and me, doing their best to do their best in the twilight of a fading empire.

Watching their oddly lived lives and misaligned intentions, I was struck by how art may be the only way to truly reveal the deeper aspects of our shared existence: each of us caught in codes of conduct, obligations, and contingencies largely invisible to those not inhabiting our skin, until a great imaginative effort is assembled to reveal the hidden design.

“The Crown” season four does just that. It is a truly wonderful accomplishment.