‘Nightmare Alley’ and the trouble of man as his own master

After all, the Academy of Motion Picture Arts and Sciences certainly found plenty to like about the remake of the mid-century classic film: Earlier this week, it earned four Oscar nominations, including for Best Picture.

Before watching it, I had hopes that Guillermo del Toro’s project, based on a book of the same name, would correct the major flaw of the 1947 original: a saccharine “Hollywood ending” edited into the book’s narrative which seemed intended to make its story about a man who builds his own personal circle of hell more palatable to moviegoing audiences back then.

My mother was one of those 1947 moviegoers. She was crazy about Tyrone Power, the star of the original “Nightmare Alley.” But she never liked this film and avoided its near occasion on television. Power was her Brad Pitt, and she preferred him in swashbuckling movies where he would dispatch the villain with a rapier and save the damsel in distress. 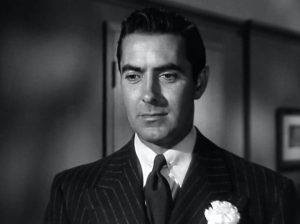 In that sense, “Nightmare Alley” was a huge departure for this matinee idol. An actor who was looking to broaden his range of acting roles, Power persuaded 20th Century Fox studio head Darryl F. Zanuck to let him star in a different role in a different kind of film. The result was “Nightmare Alley,” a grim, black-and-white film in which Powers’ character, Stanton Carlyle, goes from seedy roustabout to nightclub performer where the elite of Chicago society marvel at his mentalist act as “The Great Stanton.” Haunted by the howls of the carny “geek,” Carlyle will do anything to escape the dead-end life of a carny. And he does.

With the seven deadly sins featured as supporting characters in the film, Carlyle cuts a path of moral destruction everywhere he goes, including coming close to corrupting the only truly innocent character in the story. When the Great Stanton eventually comes across someone as morally flawed as himself, things spiral out of control.

But despite being subject to none of the societal prohibitions of the 1940s, del Toro’s remake still manages to be inferior to the original on several different levels.

For one, the product is less interesting and certainly more brutish and coarser than it needs to be. It’s primarily due to those very different societal prohibitions from a past era to our own. In the original film, much of the unsavory things the characters did were off camera. In the new version, it is crassly on display and we become more like voyeurs than an audience.

Del Toro is also famous for the otherworldly “look” of his films, and “Nightmare Alley” is no exception. Through muted colors and soft focus, we get the feeling he was recreating or presenting an image of a dreamlike 1947. But the subject is not about a dream, but a “nightmare” and in the original film it was 1947. The way the sets looked, the way the characters spoke, the way the film looked was because it was set in the present.

Bradley Cooper, a fine actor, does not possess the looks and presence of Tyrone Power. When Cooper is dressed in a tuxedo in a high-class nightclub, he looks out of place. When we see Power this way, he looks like he was born for it.

But it is del Toro’s humanistic outlook on life that gets in the way of the plot in this version of “Nightmare Alley.” Del Toro is a director who has publicly renounced his religious beliefs, and it shows. Much of his body of work, including “Nightmare Alley,” reflects today’s postmodern creed: Man is his own master, and all that really matters is seeking one’s own personal, self-defined concept of truth.

That doesn’t work in a morality tale like “Nightmare Alley,” where a protagonist seeking his own personal truth leads him on a path of death and destruction.

In the original, objective right and wrong are a given and the lead character enthusiastically abandons those standards. His destruction comes at the hands of the young woman who comes to that line she will not cross precisely because she realizes what matters most is the truth, not hers, or the “truth” of the man she is in love with. In the remake, the overt post-modern premise of rejection of objective truth makes the decision of the same character more palatable to modern-day critics, but less powerful as a drama.

History has proven the old-time movie mogul Zanuck right. The moviegoers of 1947 (my mother among them) were not ready for their movie star to be a bad guy. The movie was not a success financially, but over time, it has grown in esteem, and rightly so. As much as I like swashbuckling Tyrone Power movies myself, seeing an actor with certain gifts portray darkness where it’s not expected is almost, dare I say it, art.

After watching the remake, I embarked on some “Nightmare Alley” research and stumbled upon a strange connection between the director of the remake and the original material.

Looking for background on del Toro, I found an interview where he was espousing his liberation from the constraints of the Catholicism of his youth. He also spoke of his early fantasy influences, one of them being C.S. Lewis.

I was surprised to read that the director eventually rejected the creator of “Narnia,” dismissing Lewis’ beliefs as “too Catholic” (never mind that Lewis never actually became Catholic). But I was even more surprised to learn something else: C.S. Lewis’ wife, Helen Joy Davidman, was the former wife of an obscure American writer who wrote only two novels before committing suicide.

One of those novels was “Nightmare Alley.”