Mark Wahlberg, who co-produced and stars in “Father Stu” — the true story of an agnostic boxer who became a priest, then died of a degenerative muscle disorder — hopes the film’s raw honesty leads to conversions and vocations to the priesthood.

His intention was “always to bring people to church, and hopefully people to the vocation of priesthood,” he said in an interview with Angelus.

His prayer is for the film to remind lost souls that “we are not forgetting about them, we are not giving up on them and that we are encouraging them to be the best versions of themselves. It is never too late to change if you are willing to do the work — and people will recognize that.”

Father Stu’s story of redemption partly parallels Wahlberg’s. Born outside of Boston in 1971, the youngest of nine children, his parents divorced when he was 11 and he dropped out of school at 14. An assault conviction at 16 led to 45 days in prison, where he resolved to turn his life around. He made more of a slow spiral than a U-turn.

His brother Donnie, a teen heartthrob with the band New Kids on the Block, helped him launch a rap career as Marky Mark, whose trademark was dancing in his underwear. In the mid-1990s, personal difficulties preceded his transition to acting. He was soon winning acclaim for nuanced performances, and his turn in Martin Scorcese’s “The Departed” earned him an Oscar nomination for best supporting actor in 2006.

Wahlberg’s journey of faith has long been a subtext to his professional transformation, but “Father Stu” has brought it to the fore.

“I have always been trying to figure out, ‘What am I supposed to do with all these wonderful blessings that have been bestowed upon me? How do I give back?’ ” he asked. He is now a family man, who has four children with his wife, Rhea Durham.

An important challenge came in a talk several years ago by Karen Kallay, Ph.D., the former principal of Ascension Catholic School in South LA. She asked, “Are you a participant in the community of the Church or are you a spectator?” Wahlberg recalled. Although he had always told himself that he kept a low profile in church to avoid distracting others, he realized that God wanted him to be more active.

He saw a need to make movies about redemption and mercy that were true to both the Christian faith and human experience.

“We need to speak to people in a way that they can understand and relate to,” he said. “I am now really committed to focusing on making more faith-based content, but that is relatable to people ... in a raw and honest way.”

In this movie, “we want to really open people’s eyes and their hearts and their minds and fill them with nothing but love and positivity and optimism about the future, in the way that Father Stu really did.”

Father Stuart Long died in 2014, aged 50. A late vocation, he had spent more than half of his seven-year priesthood in a Montana care home, due to a disorder that mimics ALS or Lou Gehrig’s Disease. People would stand in line outside the facility on cold winter days for him to hear their confession or to receive counseling from him.

“As an actor, you couldn’t find a better role with a more interesting and challenging arc,” Wahlberg said. “It’s every actor’s dream to go on this epic journey with a character.” 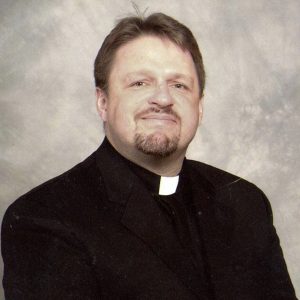 For most of Father Stu’s life “everything was predicated on his physical attributes and his physical abilities. But then it was his spirit that really soared.”

The movie illustrates God’s “endless love, forgiveness, mercy, and acceptance, as long as you are willing to repent,” Wahlberg said.

His portrayal of Father Stu’s physical decline came from watching his father, who suffered debilitating strokes and cancer before his death in 2008. Wahlberg’s mother died during the filming of “Father Stu,” and he channeled both his grief and his faith into a scene in which Father Stu grapples with his terminal diagnosis.

The rosary is a constant presence in the movie. Wahlberg once had a rosary tattooed around his neck as a reminder of a step in his conversion, when a woman gave him a string of plastic rosary beads. They broke so many times from use that he got the tattoo “so that I would never lose that particular rosary again. And, of course, I know I had it in my heart. I didn’t need it tattooed on my skin.” In recent years he has undergone the long, painful process of tattoo removal on numerous designs.

Wahlberg has made many iconic films, from “The Basketball Diaries” and “The Perfect Storm” to “The Departed,” but said he has never experienced anything like the reaction to early screenings of “Father Stu.” People from all walks of life have said they could identify with the priest in a deeply personal way.

The movie is “something very special,” Wahlberg said.