A useful axiom of criticism is to review a film for what it is, not for what it could or should have been. For example, it simply isn’t productive to watch “Top Gun: Maverick” and lament its lack of commentary on the British working class. Its interests lie elsewhere, and we should respect that.

Another question is whether that channel of respect should flow both ways. What obligation do directors owe to their subjects, particularly in the case of a biographical film? Are their lives further fodder for creativity, or should we seek to depict them only as they were?

Sassoon is perhaps best known as a member of that trinity of great English World War I poets, alongside Rupert Brooke and Wilfred Owen. If Sassoon’s reputation is in any way diminished in comparison to that pair, it’s only because he had the misfortune to survive the war. While his poetic contemporaries were immortalized, Sassoon faced the unenviable task of having to trudge on. Even after the armistice, this soldier had to face one final, eternal uphill battle. 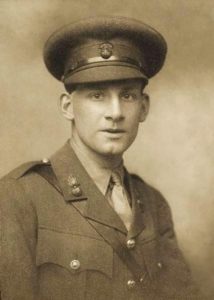 While much of Sassoon’s work is read in voiceover throughout “Benediction,” Davies is far more interested in capturing this trudging than Sassoon’s artistic process. Most of the film follows Siegfried as he seeks solace in a flurry of romances, at first with a succession of men but eventually with a woman whom he marries for a spell. None do the trick, and eventually you suspect that Sassoon intends it so. By forever choosing partners that are ruinous for him, Sassoon turns even love into a flagellation, the only sin of his continued survival.

Flagellation is a key word here, as is the film’s title, “Benediction.” The film is bookended with two scenes of the poet later in his autumn years. The first is Sassoon’s conversion to Catholicism late in life, much to the agitation of his adult son. When pressed for a reason, Sassoon explains that the Church provides the permanence he needs in his life.

“You can get permanence from dressage, without the guilt,” quips his son in reply.

Of course, his son doesn’t realize that he already has guilt, so he might as well get salvation while he’s at it. As the title implies, what Sassoon truly seeks is some sort of blessing on his life, a grander sanction to the suffering he endured as a solider and as a gay man. But the film ends with him shying away from sharing a cab with his son, instead walking home alone with his persisting misery. The inescapable parting message is that the grace did not take.

But back to our opening quandary: Was this really the fate of Sassoon, or is this itineration merely an avatar?

Like Sassoon, director Terrence Davies is gay and Catholic (albeit more of the fallen away  “cradle” variety). From interviews it’s clear that Davies admires Sassoon, but doesn’t quite understand or approve of his decision to convert, referring to religion as a “complete lie” at one point.

This shouldn’t necessarily preclude him from making a film about religion. But how much can you respect your subject when you treat him as merely a vessel for your own problems?

In the case of “Benediction,” Davies’ admiration of Sassoon devolves into mere fascination.

Davies’ greatest gift — and weakness — as a filmmaker is his personal touch. It makes his work startlingly intimate, but inevitably those stories become about him. If Sassoon’s pain and loneliness rings painfully true in “Benediction,” perhaps it’s because it is Davies’ own.

Davies’ reluctance to approach the conversion on its own terms prevents an honest biography. Sassoon’s embrace of Catholicism is neither shocking nor as desperate as he thinks it is. When your eyes are closed on purpose, even objects thrown directly at you will come as a surprise. Davies’ narrative lays the breadcrumbs for Sassoon’s eventual crossing of the Tiber, introducing us to some of the pivotal figures that guided him along, but without citing their own connections to the Church.

For one, he neglects to mention that Sassoon’s mother was Anglo-Catholic. Edith Sitwell makes a memorable appearance, a fellow poet and friend of Sassoon’s who entered the Church three years before him, with Evelyn Waugh as her godfather.

Then there’s the writer, critic, and general aesthete Robbie Ross, a sort of guardian angel throughout Sassoon’s life. He saves Sassoon from a potential court martial by getting him placed in a military hospital instead, and later introduces him to the wider artistic circle that would creatively sustain Sassoon for the rest of his life. A Catholic, Ross was the one who called a priest to the deathbed of his dear friend Oscar Wilde. With such a mentor, Catholicism seems less surprising than inevitable. 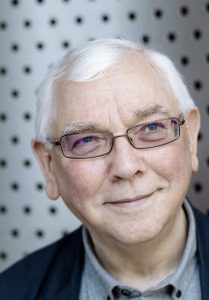 While the film paints his embrace of religion the same way a drowning man might hug a piece of flotsam, the actual Sassoon came in clear-eyed. He was friends with neighbor and fellow convert Father Ronald Knox and wished for Father Knox to initiate him into the Church, had not Father Knox’s failing health prevented it.

The most touching testimony comes from Sassoon’s niece, Jessica Gatty, who knew him in the final decade of his life. Far from the embittered shell we see in the film, her memories of Sassoon were of a gentle man of genuine faith. She recounts a tender moment where, as they walked through a garden, Sassoon held up a petal and said, “You have to believe someone created that.”

While the war never strayed far from his thoughts, Gatty said Sassoon was also worried that his legacy would never transcend his war poetry, that the rest of his life and work would be overshadowed by the very war he hated.

He needn’t have worried about his legacy. That same niece, inspired by his example, would herself convert and go on to enter the convent after his death. Despite all the pain and beauty, the dalliances and heartbreaks, the legends and misconceptions, it’s hard to think of a finer legacy to leave behind than that.