ROME — When Italian economist and former European Central Bank chief Mario Draghi was chosen as the new prime minister of Italy in mid-February, it was widely taken as great news for the Vatican. Draghi is a product of Jesuit education, a serious Catholic, and a man with deep respect for institutions and traditions, all of which seemed to augur well for a Jesuit pope and the tradition-bound institution he leads.

So how did we get to last Wednesday evening in Rome, when Draghi took to the floor of the Italian Senate to deliver a public rebuke to the Vatican, reminding it that Italy is a secular, not a confessional, state, and essentially telling them to keep their noses out of Italy’s business?

The unraveling began some 36 hours earlier, when news broke in a major Italian newspaper that the Vatican had invoked a 1929 treaty with Italy, the Lateran Pacts, to object to a draft Italian law intended to combat homophobia. The “nota verbale,” meaning a formal diplomatic communiqué, warned that the draft law could jeopardize religious freedom, in part by mandating curricula to Catholic schools and in part by potentially criminalizing public expressions of Catholic teaching on sexuality and marriage.

The story spread like wildfire in the Italian press, immediately provoking angry reactions from politicians and ordinary people alike, who saw it as unacceptable interference in Italy’s political affairs. The affair awakened ugly stereotypes about clerical arrogance and privilege, associated with theocracy and the era of the Papal States.

(You know the Vatican’s in trouble when even attacks by a rap singer, in this case the Italian artist Fedez, make front-page news.) 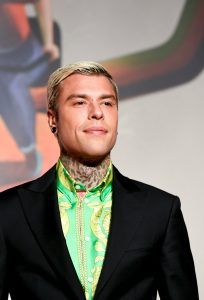 Pressure quickly built on Draghi to deliver a response on behalf of the Italian government, which he did Wednesday night during a previously scheduled Q&A session with the Italian Senate to discuss COVID-19 recovery efforts. By that point, Draghi really had no choice … if he’d said, ‘Look, the Vatican may have a point,” or “Hey, we did sign this treaty, after all, so it’s not interference for them to invoke it,” all the popularity he brought into office might have evaporated in one blast of heat.

Technically, the Vatican/Draghi standoff doesn’t set a precedent for church-state relations anyplace else, including the U.S., because no nation other than Italy ever signed an equivalent of the Lateran Pacts. (The original 1929 agreement was comprehensively updated in a 1984 renegotiation.)

Yet politically, the impression that even a leader like Draghi is willing to push back may well embolden other leaders, Catholic and not, to be more defiant if the Vatican ever tries to throw its weight around.

Throughout it all, the Vatican maintained a puzzling silence until more than 48 hours into the game. Thursday morning, Vatican News, its state-sponsored outlet, released an interview with Cardinal Pietro Parolin, the secretary of state, in which he said what Draghi didn’t — this isn’t interference, and there are real concerns about the draft law.

The thing is, arguably Cardinal Parolin was absolutely right on both points.

First, it’s hard to contend that one party to a bilateral agreement is “interfering” when it reminds the other party of its treaty obligations. Much was made of the fact that the Vatican never before has objected to a law before it was even passed, but Cardinal Parolin’s point was that doing so now was intended to head off potential disputes before they became even harder to resolve.

Second, nobody who’s been paying attention to the Pope Francis papacy could seriously think what’s going on here is the Vatican trying to lend cover to homophobia. Instead, seasoned legal experts say the draft law, known here as the “Zan bill” for the openly gay legislator who introduced it, is awfully vague as it stands, creating new crimes of hate speech without defining the offense — whether a homily by a Catholic priest declaring that marriage is between a man and a woman, for instance, might be considered a violation.

Surely the Vatican can be forgiven for thinking it’s probably better to deal with such concerns in advance, rather than waiting for the train to run off the tracks.

What created the conditions under which the prime minister of one of the world’s most Catholic nations felt compelled to lash out wasn’t so much what the Vatican said, but when and how it said it. Rather than taking its own advice and getting ahead of the mess, the Vatican was blindsided by publication of the note and failed to set the record straight for so long that other impressions, mostly hostile, took firm root, and probably are impossible by now to dislodge.

In other words, the Vatican could have done Draghi a solid by getting out in front of the story, but instead it left him to pick up the pieces, all but ensuring he’d do so in a way that proves he’s nobody’s errand boy.

If there’s a broader lesson here for church-state relations, perhaps that’s it: If you don’t want a fight, don’t paint the guy into a corner.

Give someone in leadership a lifeline, especially someone basically disposed to be friends, and more often than not, they’ll take it. Otherwise, don’t point the finger of blame at them because sins of omission are, after all, still sins.