US/Vatican ties may change under Biden, but probably not on China

ROME — For the most part, observers expect President Joe Biden’s rise to power to portend a less fraught relationship between the Vatican and the White House over at least the next four years, a spirit reflected Wednesday in a friendly note of congratulations from Pope Francis to the new president.

In general, Biden is exactly the kind of politician Pope Francis seems to like: center-left, broadly multilateralist and progressive on the economy, concerned about the environment and friendly to migrants, and implacably opposed to the nationalist-populist forces percolating in many societies today. To boot, Biden’s a devoted Catholic for whom the faith is more than a nominal factor in his life.

Yet on perhaps the most contentious foreign policy issue between the Vatican and the U.S. during the Trump era, early signs suggest not much may change: China, and how hard a line the global community ought to take regarding China’s human rights and religious freedom record.

Among the final acts of Trump’s Secretary of State, Mike Pompeo, was to determine officially that China has committed “genocide and crimes against humanity” in its repression of the minority Uighur Muslim population. 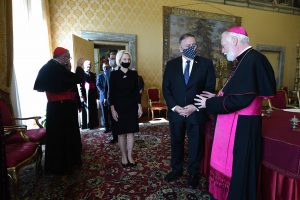 It would seem that finding will be one element of the Trump legacy Biden and his team don’t seek to reverse, as Antony Blinken, Biden’s choice to replace Pompeo, told the Senate Foreign Relations Committee on Tuesday that he agrees with the designation and that the U.S. under Biden will look for available “tools” to take action.

Speaking at hearings for his confirmation, Blinken signaled broad continuity when it comes to China.

“Let me just say that I also believe that President Trump was right in taking a tougher approach to China,” Blinken said. “I disagree very much with the way that he went about it in a number of areas, but the basic principle was the right one, and I think that’s actually helpful to our foreign policy.”

Blinken, who served as deputy national security advisor and deputy secretary of state in the Obama administration, is a longtime friend of Biden and a former top aide. When he speaks, the assumption is that he does so with Biden’s confidence and support.

During his hearing, Blinken bluntly described China as “the greatest foreign policy challenge of this century.” The incoming secretary of state even seemed to throw down a gauntlet to Beijing over Taiwan.

“We need to make sure that they have the means to deter aggression, to defend themselves,” he said, adding, “I’d like to see them, Taiwan, even more engaged in the world.”

As is well known, the Vatican’s controversial 2018 deal with China over the appointment of bishops, which was extended last October for another two years, was a source of friction in the relationship with the U.S.

Among Pompeo’s final overseas trips was a visit to Italy in early October, when he spoke at a symposium sponsored by the U.S. Embassy to the Holy See on religious freedom just after penning an article for First Things in which he suggested the deal with China, and Rome’s lack of outspokenness on China’s human rights record, threatens to compromise the Vatican’s moral authority.

Just days later, the Vatican’s top diplomat, British Archbishop Paul Richard Gallagher, defended the deal in an interview with Crux, insisting that dialogue is “all we have.” Despite Pompeo’s objections, the deal was renewed later in October.

Granted, the more multilateralist approach of Blinken and Biden’s foreign policy team, coupled with Biden’s own personal respect for the Church and the Vatican, make it unlikely that reservations about the Vatican’s China policy will play out quite as publicly. It’s unlikely Blinken will turn to a conservative Catholic journal to express whatever bone he may have to pick, or that he would voice displeasure in public on the eve of heading out for meetings with senior Vatican officials.

Nonetheless, Blinken’s comments suggest that at least behind the scenes, China will continue to be a source of friction with Rome as the new administration begins to get its foreign policy team in place. 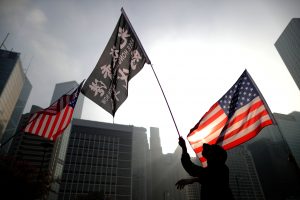 In the short run, the official designation of the situation facing the Uighur people as a “genocide” may increase pressure on Pope Francis to follow suit. When the pontiff rather tenderly referred to the Uighurs as “persecuted” in an interview book with British papal biographer Austen Ivereigh in late November, even that prompted a fussy declaration from China’s Foreign Ministry that the charge was “baseless.”

Criticism of Pope Francis’s perceived timidity on the Uighur issue has already been building within the Catholic fold. British journalist and human rights activist Benedict Rogers, who was received into the Catholic Church by then-Bishop Charles Bo of Myanmar in 2013 (now a cardinal) and who today is chief executive of Hong Kong Watch, penned an essay shortly after Christmas slamming Pope Francis’ “utterly shameful silence” about the Uighurs in his Christmas Day “urbi et orbi” address.

“The Chinese regime has bought Pope Francis’ silence and silenced his soul,” Rogers wrote. “This is a scandal.”

What Blinken’s comments suggest is that Pope Francis and his Vatican aides probably won’t stop hearing such sentiments from U.S. officials either, despite the transition of power.

There’s little indication any of that input might change the Vatican’s fundamental orientation. Really since the era of St. Pope Paul VI, the Vatican has been fully committed to detente with Beijing, and, with relatively minor exceptions along the way, largely has been willing to muzzle any criticism as the price of progress.

Still, at least one thing may be different now: Under Trump, the Vatican could brush off unsolicited U.S. advice over China as the posturing of an administration largely seen as unfriendly. When the same advice comes from someone you’re more inclined to see as a friend, it may be just a bit more difficult to ignore.