Under a hurry-up pope, are we seeing a slow-down papacy?

ROME — When it comes to the relationship between a pope and the papacy he leads, the correspondence is never exact. Yes, a papacy directly reflects the personality and vision of the pope, but it’s also shaped by the instincts and outlooks, and also the foibles and limitations, of all the people who serve it.

It was sometimes said of the papacy of Pope Benedict XVI, for instance, that it possessed most of the vices of its pope — an incapacity for management, stubborn loyalty to the wrong people, and a strong devotion to tradition — without many of his virtues, above all the towering intellect and deeply spiritual nature that’s always defined Joseph Ratzinger.

In the case of Pope Francis, the relationship between pope and papacy is further complicated by the fact that Pope Francis has a love/hate relationship with the system that sustains his reign, sometimes entrusting it to handle business and other times taking things directly into his own hands.

As a result, the papacy at times can seem to suffer from multiple personality disorder, depending on who’s actually driving the train on a given issue. One area where this gap between pope and papacy is the clearest is the pace at which things move.

From the beginning, Pope Francis has taken obvious pride in his profile as a maverick, an innovator willing to slash and burn his way through centuries of custom and institutional inertia in order to shake things up. 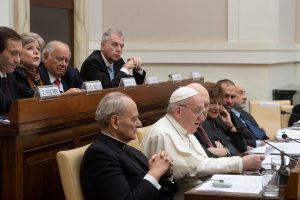 At 85, and despite the impact of a serious colon surgery over the summer and his ongoing bouts with sciatica, he is still capable of being exceptionally nimble. Recently, for instance, he accepted the resignation of Archbishop Michel Aupetit of Paris just seven days after it was offered, and on the first day of the pontiff’s voyage to Greece and Malta.

Given the Vatican’s general reluctance to put off any major business while the pope is on the road, the sequence suggests Pope Francis knew what he wanted, and wasn’t interested in a five-day delay just because he was going to be out of town.

Indeed, at times his apparent determination not to slow down can be an Achilles’ heel. Over the course of just a few months in 2019 and 2020, he signed four separate “rescripts” that gave prosecutors broad powers not recognized under existing law — such as a virtually unlimited ability to utilize wiretaps and other means of intercepting electronic communications — in order to expedite a trial over the Vatican’s $400 million London land deal that went spectacularly bad.

The pope got his trial, though early hearings suggest disorganization, confusion on strategy, and deep reluctance to share all the results of their investigations on the part of prosecutors. In retrospect, one wonders if the enterprise might have benefitted from a more deliberate pace at the beginning, so that the “trial of the century” doesn’t end up collapsing under its own weight.

On other fronts, however, where the prime mover appears to be less the pope and more the papacy, the Vatican is capable of being just as glacial as it’s ever been.

Consider, for example, release of a new apostolic constitution governing the Roman Curia, supposedly the linchpin of this papacy’s internal reform campaign. It’s been in the works since, almost literally, five minutes after Pope Francis was elected in March 2013, and still has not seen the light of day.

Plenty of 2022 look-aheads have predicted we’ll finally get the constitution sometime in the next 12 months, but, for the record, prediction pieces in 2021, 2020, etc., contained much the same thing. The waters were further muddied recently when Pope Francis asked the Pontifical Council for the New Evangelization to take charge of planning for the jubilee year in 2025 — an office which, supposedly, was going to be folded into the Congregation for the Evangelization of Peoples, and thus disappear, when the reform is complete.

(That plan may now be under review, since the recent exit of Cardinal Peter Turkson from the Dicastery for Promoting Integral Human Development would suggest that simply shoving different offices under the same administrative roof, without a blueprint for how the new entity is supposed to work, isn’t necessarily “reform”.) 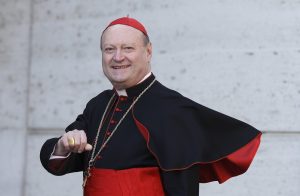 Or, consider the replacement of the heads of Vatican departments, a robust seven of whom are already over 75, the usual retirement age for bishops, and two of whom – Cardinal Gianfranco Ravasi at the Pontifical Council for Culture, and Archbishop Marcelo Sánchez Sorondo, president of the Pontifical Academy of Sciences — actually will turn 80 this year.

Of course, nobody else can appoint new leadership for Pope Francis. One has the impression, though, that nobody’s really lighting a fire under him to get it done either.

All this may simply be standard bureaucratic psychology, i.e., “it’s much harder to get into trouble for the decisions you don’t make than those you do.” On the other hand, there may be two additional reasons why the junior architects of Pope Francis’ papacy tend to put their foot on the brake when the boss isn’t stomping on the gas.

First, in most papacies there’s a tendency for the pope to defer many matters of routine governance to subordinates, so there’s an incentive for those figures to act. Pope Francis, however, insists on making the big decisions himself, and since it’s often hard to know in advance what he’ll consider “big,” often the safest course is restraint.

In addition, sometimes the key figures around the pope, consciously or unconsciously, take it upon themselves to protect the boss from his perceived vulnerabilities by leaning in the opposite direction. For a pope known to be impatient, and sometimes capable of being arguably a bit rash, that instinct would tend toward caution.

However one explains it, a distinct feature of the Pope Francis papacy, especially as it draws ever closer to the decade mark, seems to be the old mantra of the US military: “Hurry up and wait.”