ROME — One of the grand ironies about the Second Vatican Council is that despite its bottom-up ethos, its rediscovery of episcopal collegiality and its celebration of the lay role, it began life as a completely top-down exercise.

When St. Pope John XXIII announced his intention to summon an ecumenical council in January 1959 before a small group of mostly curial cardinals gathered at Rome’s Basilica of St. Paul’s Outside the Walls for a closing ceremony of the Week of Prayer for Christian Unity, “Good Pope John” stressed that it was his decision alone. He would later say the idea to call the council was like “a flash of heavenly light” that had come to him like “an unexpected illumination.”

In truth, most of those curial cardinals were decidedly nonplussed by the idea. Had Pope John employed a collegial process in deciding whether or not to move ahead, it’s not entirely clear that the “council of collegiality” ever would have occurred.

The memory comes to mind in light of the Vatican’s Sept. 7 release of the preparatory document for Pope Francis’ October 2023 Synod of Bishops on “synodality,” which is a concept notoriously difficult to define but intimately related to collegiality. Once again, a pontiff is using his peremptory central authority to attempt to impose a shift in Catholic life toward decentralization.

Whether such a shift actually will result from the upcoming synod remains to be seen, but already the exercise illustrates one of the grand paradoxes with which the assembly of bishops will have to come to terms: Building greater participatory mechanisms into a tradition in which for real change to occur, it often takes a decidedly non-participatory shove from on high.

In reality, one could make a case that Pope Francis, at least operationally, is not a particularly “synodal” pontiff himself. No pope in recent memory has issued nearly as many “motu proprios” (“on his own initiative”) as Pope Francis, meaning an amendment to Church law imposed by the pope’s personal authority and on his own initiative. St. Pope John Paul II put out 25 “motu proprios” in almost 27 years, meaning less than one a year, while Pope Francis has issued 50 over 8 1/2 years, revising everything from the Vatican’s financial legislation to annulments and the Latin Mass.

By his own admission, Francis has strong personal instincts he tends to trust, as opposed to submitting his decisions to a group-think exercise beforehand. That may be the basis for strong leadership, but it’s hardly “synodal” in the classic sense.

Nonetheless, should a new process for the Synod of Bishops work as the Vatican has described it, Pope Francis’ relatively top-down style could produce a significantly more bottom-up Church.

For one thing, under Pope Francis it’s steadily less a synod “of” bishops and more a synod “with” bishops. The contributions of priests, religious men and women, and laity, have become more integral, and in 2023, French Sister Nathalie Becquart, undersecretary of the synod, will become the first woman to cast a vote. 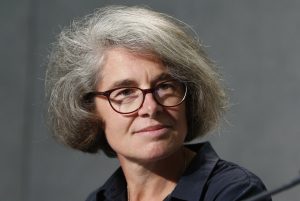 Xaviere Missionary Sister Nathalie Becquart will be the first woman with a right to vote at the October 2023 meeting of the Synod of Bishops. (CNS/Paul Haring)

The three-year synodal review process will take place in three phases: A local phase at the diocesan and parish level intended to solicit the views of both clergy and laity; a continental phase, engaging bishops’ conferences around the world; and a universal phase, when bishops and laypeople will convene in Rome to discuss the findings and topics developed in the first two phases. To coordinate and guide the process, Pope Francis has created a five-member steering committee flanked by two commissions on methodology and theology.

Anyone who’s ever taken part in, say, a city council meeting, knows they can be cumbersome, dull, and often seemingly pointless, but they are nevertheless the unsexy reality of democracy in action. Time will tell whether the listening sessions envisioned by the new synod process actually happen, and, assuming they do, how wide a range of voices they’ll consider and how valuable the input collected turns out to be.

Nevertheless, the very fact an effort is being made to stage them can’t help but signify something. Legally speaking, a Catholic diocese in the United States is considered a “corporation sole,” meaning it belongs exclusively to the bishop. Ecclesiastically, however, the thrust of “synodality” is to insist that it belongs to all of us.

While we await a verdict on whether that promise is actually fulfilled, here’s another consideration: Almost regardless of its outcome, a synod of — or “with” — bishops has value in terms of the perspective it fosters.

When most Catholics, and perhaps especially American Catholics, talk about “the church,” they’re often talking about their own local experience of it. The reality that in the 21st century Catholicism is a global community of 1.3 billion people, more than two-thirds of whom live outside the West with very different priorities and concerns, often doesn’t register.

At least for those who take part, a synod is a monthlong immersion in the realities of a global Church. Bishops, clergy, and laity from North America and Europe rub shoulders with their counterparts from Africa, Asia, and the Middle East, and many report it was a life-changing experience. Among other things, they no longer assume that American solutions to problems are quite the no-brainers they may seem.

In that sense, quite apart from the new process or hoped-for results, the Synod on Synodality can’t help but make the Catholic Church at least a little more synodal. How much better it does than that marks out the drama yet to come.