Francis isn’t against ‘new movements,’ he just favors some over others

ROME — Not long after Pope Francis was elected in 2013, it was prophesied that his reign would be a tough time for “the movements,” meaning the galaxy of new lay groups in the Church that experienced a massive growth spurt in the period following the Second Vatican Council (1962-65).

These movements were perceived as the beloved younger child of the John Paul II/Benedict XVI years, the “shock troops” of a conservative revolution in Catholicism — Opus Dei (technically not a movement, but usually included in the lineup), Communion and Liberation, the Neocatechumenal Way, Focolari, Schoenstatt, and others.

Antipathy to such movements seemed natural under new management. Pope Francis, after all, is perceived as a progressive, which means he was never destined to affection for outfits seen as more traditional and “orthodox.” Moreover, he’s also a Jesuit, so it’s logical to suppose his sympathies would be with the Church’s centuries-old religious orders and that he’d be more cautious about its neophyte startups.

Recently, there’s been fresh evidence to confirm that hypothesis.

Within the last few weeks, Pope Francis has cut Opus Dei down to size, decreeing that from now on its leader — known as the “prelate,” since Opus Dei technically is a “personal prelature” under Church law rather than a movement — will not be a bishop, even though two Opus prelates were named bishops under Pope John Paul II, and supervision of the group will no longer pertain to the Vatican’s Dicastery for Bishops, to underscore that it’s not related to the hierarchy.

Meanwhile, the pope’s top deputy for lay movements, American Cardinal Kevin Farrell, dispatched a scathing letter to Communion and Liberation (CL) complaining about Father Julian Carron, a Spaniard who took over leadership of the group following the death in 2005 of its founder, Italian Father Luigi Giussani. Father Carron was forced out in 2021 after Pope Francis decreed term limits for leaders of lay movements. 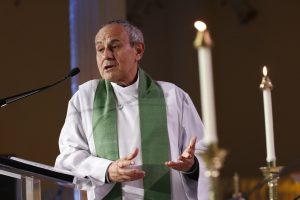 According to Cardinal Farrell, Father Carron has attempted to play a role in guiding the group even after his departure, asserting that Father Guissani’s charism passed to him.

“I would like to clarify that the doctrine of ‘succession of the charism’ proposed and nourished during the last decade within CL by those in charge of management, with an aftermath still cultivated and favored through some public addresses, is gravely contrary to the teaching of the Church,” Cardinal Farrell wrote.

“Not even the founder can be considered the ‘origin’ of the charism or the ‘owner’ of it,” he admonished.

Taking all that in, it’s easy enough to understand why many observers believe this just isn’t a movement pope.

Yet, here’s the thing: It ain’t so. In reality, Pope Francis is as pro-movement as Pope John Paul and Pope Benedict. What’s changed isn’t that a pope is showing favor to movements, but rather which ones are basking in it.

Let’s begin with the Community of Sant’Egidio, founded in Rome in 1968 by Italian historian Andrea Riccardi. Its original mission was to open popular schools in the impoverished outskirts of Rome, but it’s gone on to specialize in conflict resolution, ecumenism, and interfaith dialogue as well. It enjoyed a good run under Pope John Paul, among other things playing a key role in organizing his inter-religious summits in Assisi in 1986 and again in 2002, but its real heyday has come under Pope Francis.

Perhaps most notably, Pope Francis appointed Cardinal Matteo Zuppi, a longtime stalwart of Sant’Egidio, as the archbishop of Bologna. Today Cardinal Zuppi is widely considered an odds-on favorite to succeed Pope Francis, meaning he may well have laid the groundwork for the election of the first pope in Church history who’s actually a product of one of the “new movements.” 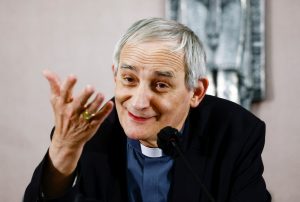 Beyond that, consider Pope Francis’ patronage of the World Meeting of Popular Movements, an umbrella group of pro-labor, pro-environment, and pro-indigenous rights groups first convened by the pope in 2014. While a number of these outfits aren’t specifically Catholic, many are, and therefore they count as “new movements” in the Church.

One example is the Catholic Action Workers Brotherhood, founded in 1946 by Spanish layman Guillermo Rovirosa, as an alternative to what was perceived at the time as the support for the Franco regime in Spain of the hierarchy and Catholic officialdom.

Vatican-watchers have come to regard the pope’s messages to the popular movements — whose physical meetings were interrupted by the COVID-19 pandemic, but which are now back on — as a far more reliable guide to this papacy’s social and political priorities than his annual speech to diplomats in January, which used to be the lodestar in terms of a pontificate’s thinking.

“You have the ability and the courage to create hope where there appears to be only waste and exclusion,” he said in a 2021 video message. “Poetry means creativity, and you create hope.”

The bottom line is that Pope Francis hasn’t dethroned new movements. Instead, his favor has shifted from one sort of movement to another, in keeping with the broad orientation of his papacy emphasizing social justice and dialogue rather than doctrinal proclamation and traditional Catholic identity.

To put the point differently, Pope Francis isn’t questioning the place of the new movements on the Catholic landscape, he’s simply choosing which movements he wants to encourage, as every pope since the council has done.

Those movements which are temporarily out of favor, therefore, might be well-advised to choose patience over pique, since if there’s one point Church history hammers home to all of us, it’s that this too, like all things, will pass. Those that are the flavor of the month, meanwhile, might want to absorb the same lesson.