Could the reunion between Catholics and Orthodox be closer than we thought?

ROME — In light of a recent declaration from Patriarch Bartholomew of Constantinople that reunion between Eastern Orthodoxy and the Catholic Church is now “inevitable,” it’s worth a brief trip down memory lane regarding recent attempts to end Christianity’s longest-running schism.

No pope since the Second Vatican Council (1962-65) has worked harder on rapprochement with the Orthodox than St. Pope John Paul II, history’s first Slavic pontiff, for whom the vision of a Christianity that could once again “breathe with both lungs,” East and West, was his lodestar.

John Paul missed no opportunity to demonstrate his solicitude for the Orthodox, and long dreamed of traveling to Moscow to cement closer ties with the “third Rome.”

In the end, John Paul realized that politics, both ecclesiastical and secular, made such a trip impossible, so he settled for the next best thing.

In 2004, one year before his death, he asked an all-star lineup of Catholic heavyweights to return an icon of the Madonna of Kazan, one of Russian Orthodoxy’s most cherished images that had spent a decade in his private chapel at the Vatican after following a circuitous route to get there, to the patriarch of Moscow on his behalf.

German Cardinal Walter Kasper, at the time the Vatican’s top ecumenical official, headed the group, which also included then-Cardinal Theodore McCarrick, who was at the height of his powers, and Andrew Riccardi, founder of the Community of Sant’Egidio, which has long been involved in ecumenical efforts.

The icon is a late 17th, early 18th-century copy of the famous image of the Madonna of Kazan, the original of which was believed to have miracle-working powers. A Russian army that liberated Moscow in October 1612 from Polish invaders carried the icon before them, and it subsequently became one of the most important symbols of Russian national identity.

The copy had surfaced in the United States in the 1960s, was purchased by the Blue Army, a Catholic group dedicated to the message of Fátima, and transferred to the pope in 1993.

Returning it was an obvious gesture of deference and reconciliation from John Paul, and some observers at the time thought it would herald a watershed in relations between Rome and Moscow, perhaps moving the two closer to reunion.

Those expectations were soon dashed.

When reporters asked Archpriest Vsevolod Chaplin, then the spokesperson for the Moscow Patriarchate, if the return of the icon could be said to mark a new chapter in Orthodox-Catholic ties, he was curt: “No.”

“First, we have to cure the pain of some of our believers who still see a lot of unfriendly examples of missionary work of some of the people of the Roman Catholic Church,” he said.

At the policy level, there are two main disputes between Moscow and Rome.

First, the Orthodox accuse Catholics of proselytism in Russia, meaning targeting traditionally Orthodox believers for conversion. It’s a charge Catholics deny, insisting that the handful of Russians who have become Catholic since the collapse of communism have come from the ranks of the nonpracticing.

Second, the Orthodox blame Catholics for tension in Ukraine between the Eastern-rite Greek Catholic Church and the Orthodox church. The Moscow Patriarchate regards Ukraine, where Prince Vladimir was baptized in 988, as part of its “canonical territory.”

At a deeper level, most analysts agree that the real issue between Orthodox and Catholics is fear: a general Russian fear of outsiders; a specific Russian fear of “the West,” symbolized ecclesiastically by Rome and politically by Washington; and a post-Soviet fear that the Orthodox church won't be able to compete with a big-money, highly organized Catholic missionary operation.

This background is important to ponder in the context of Bartholomew’s recent statement about the inevitability of reunion, which, it should be noted, came in the context of an exchange with several Orthodox leaders from Mt. Athos in Greece, the citadel of Greek Orthodoxy and traditionally one of the least receptive venues in the Orthodox world to ecumenical ventures.

Reportedly, some of the monks from Mt. Athos actually began to weep when Bartholomew talked about putting Humpty-Dumpty back together again with the Catholics. 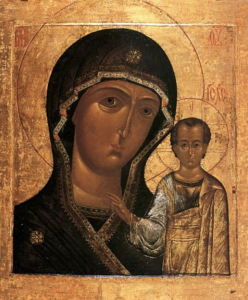 The truth of it is, Bartholomew is a cosmopolitan and ecumenically minded figure who’s already bosom buddies with Pope Francis, having taken part in a prayer service with the presidents of Israel and Palestine with him in the Vatican gardens, and having traveled with Francis to both the Holy Land and to the Greek island of Lesbos, a major point of entry to Europe for migrants and refugees.

This year, Francis made the powerful gesture of giving fragments of St. Peter’s bones to Bartholomew, who is considered the leader of the church founded by Peter’s brother, St. Andrew.

Reports suggest that Francis and Bartholomew have talked about staging some sort of “ecumenical synod” together in 2025, to mark the 1,700th anniversary of the Council of Nicea and its famous creed, which both churches share.

Bartholomew, however, despite being the traditional “first among equals” among Orthodox prelates, leads an extremely small flock — almost a “virtual church” — in Constantinople. The big dogs in the Orthodox world long have been the Russians and the Greeks, neither of whom generally shares Bartholomew’s rosy assessment of the state of things with Rome.

Moreover, the Russians are even less inclined than normal right now to follow Bartholomew’s lead, given the mutual recriminations over his decision to recognize the autocephaly, or independence, of the Orthodox church in Ukraine, which Moscow insists is its own.

All of this is by way of saying, beware premature declarations of East-West detente. There’s a long road yet to travel, which perhaps is fitting for a rupture that’s endured a thousand years, and the destination doesn’t run just through Constantinople, but Moscow, Athens, and other points beyond.