Be a man — and maybe a martyr

My sons’ Catholic high school in Miami has all the usual things that high schools have, like a gymnasium, science labs, and a cafeteria that serves the mountains of food necessary to keep 1,200 male appetites satisfied every day.

But it has something that may be unique among schools: a wall of martyrs.

The right-hand wall of the school lobby is decorated with dozens of pictures and portraits, faces of handsome boys and men, all of them students or alumni of the school who died for truth, liberty, and the good of others. First-time visitors often stand there, gazing up at the wall, awestruck by the sight.

Some of the faces are painted or drawn portraits and date back to the 19th century. The school was founded in 1854 in Havana by Queen Isabel II of Spain and named after Our Lady of Belén (Bethlehem in Spanish).

It keeps its name today, but it is now in Miami, and some of the elderly priests who give the boys spiritual direction and wait for them in the confessionals during the homeroom hour were young teachers when the whole school was expelled from Cuba by Fidel Castro, the school’s most (in)famous alumnus.

From its founding to the present day, it has been a school infused by a heady, virile faith. The idea was and is to form young men who lean confidently on God, not simply to patiently endure the slings and arrows of life, but to wade enthusiastically and confidently into the fray.

One of the school’s mottos, and my favorite, is “Esto Vir” (“Be a Man”). That is, live the classically masculine virtues of honor, daring, selflessness, and valor. Be, in short, a “man for others” — another school motto. The results, much of the time, are young men imbued with a Christianity that makes them capable of heroism; ergo the wall of martyrs.

Some of the earliest portraits on the wall are of young men who gave their lives in the long and deadly struggle against one of their own century’s viral scourges: yellow fever. It was the school’s doctor, Carlos Finlay, who, seized by inspiration while saying his daily rosary, hypothesized that the disease that killed upward of half of those infected was being spread by mosquitoes.

Fifty-seven young men from the school volunteered to be bitten by mosquitos that had recently fed on a yellow fever patient. Three of them died a hard yellow fever death and their portraits grace the wall. Dr. Finlay was correct, incidentally.

Within a few decades, mosquito control measures had virtually eradicated a disease that had killed millions and caused untold misery for centuries. 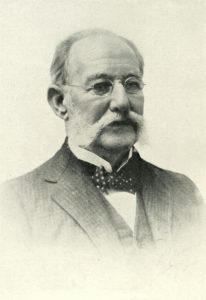 Carlos Juan Finlay was a Cuban epidemiologist recognized as a pioneer in the research of yellow fever, determining that it was transmitted through mosquitoes. (Wikimedia Commons)

For the last three decades of the 19th century, Cuba was gripped by war, which is a dark and cruel thing but one whose blackness never fails to be pierced by the light of human courage. For centuries Cuba had chafed as a colony under the grip of Spanish rule. They longed for freedom: to vote, to free the slaves, to speak frankly without fear of punishment.

Jose Martí, the philosopher-poet-martyr of the revolution wrote about that longing: “It is terrible to speak of you, Liberty, for one who lives without you.” His own generosity of spirit and love of “patria” (“homeland”) stirred the souls of countless Belen students and alumni to abandon all self-interest to reshape their country around the claims of justice and human dignity.

The portraits of those who died fill the wall, and hang side by side with many more who died on the beaches of Playa Giron in 1961 or were summarily executed along with hundreds of other men and boys in the infamous La Cabaña prison for recognizing in the face of Fidel Castro yet another brutal enemy of freedom.

The lamentable way that most schools concentrate exclusively on the technical and academic education of their young men betrays a tragic blindness of spirit. We have long since left Eden, and in our exile from that glad place where Adam strolled with God in the cool of the evening, we can be sure that sin, injustice, and disease will have to be confronted by each generation.

And each age will need heroes alight with enthusiasm to go and right what is wrong, courageous enough to risk — even disdain — their own safety and future when the common good demands it.

Our current crisis is no different. We need heroes to lead the way out of quarantine and into life with the coronavirus, heroes to fight for the vulnerable as economic ruin envelops the world, and heroes of patient cheerfulness and hope in every home. Heroes so heroic, they may even earn a place on a wall of martyrs of their own.