The Next Four Years: A ‘radical’ approach to ending abortion

The values that structure and propel the pro-life movement are never merely personal, but are also political.

They include a commitment to truth and radical solidarity with the human person, both of which are foundational to a just political order. These values should animate every branch of our next administration when it comes to the issue of abortion.

If they did, they could be the basis of a number of laws and policies likely supported by a majority of Americans, and genuinely helpful to women and couples facing the abortion question. 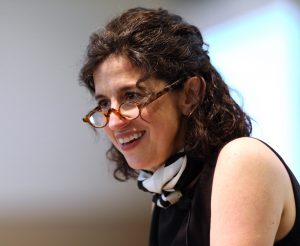 But before articulating such laws and policies, it’s helpful to think about what “drives” abortion in the United States, and how a radical reorientation to truth and love might help. Thirty years of work in the pro-life arena lead me to a few conclusions.

First, women seek abortion because they became pregnant while single, thus lacking a supportive, stable husband taking equal responsibility for mother and child. Single women have nearly 86% of all abortions in the US.

In turn, the U.S.’ high nonmarital pregnancy rates are a function of our high rates of nonmarital sexual involvement, and these emerge from a “relationship marketplace” (if you will) in which nonmarital sex is expected, marriage is delayed, and women are expected to bear the lion’s share of the risks of pregnancy and childbirth, or abortion and its aftermath.

This marketplace has largely been built by decades of federal and state policy — and plenty of help from media and the academy — promoting the lie that “consent plus contraception” will fix everything.

It’s been a train wreck for all involved, and perhaps especially for women and children because after contraception is widely promoted to single women, rates of nonmarital birth go up, not down, along with rates of abortion.

It turns out that severing sex from “tomorrow” — from a shared future, marriage, children, kin, even love — paves the way for mistrust between the sexes, later and fewer marriages, more cohabitation, and for abortion when contraception fails. And contraception fails a lot, according to the Centers for Disease Control and Prevention.

Second, economics also drives abortion. Many women report that they are unable to afford a child. This overlaps considerably with their being unmarried, and lacking the father’s steady income. But it also overlaps with a dearth of humane, living-wage jobs for less-educated Americans, who are also the most likely to obtain an abortion.

This is complicated, and involves factors that mutually influence one another. Part of the problem is the intergenerational transmission of poverty, especially in single-parent families. Another involves the interplay between poor neighborhoods, poor schools, father absence, crime rates, and substance abuse.

Third, and related to the first two, is the complete and total lack of anything that might be denominated a “family policy” in the U.S. Alongside no family policy is no thoughtful, cultural support for the married family. By this I mean that the media and the academy act as if we could live without the married family.

Instead, every man and woman is an island. Our laws and policies do the same, in the fields of tax, employment, housing, zoning, education, health care, child care, and the family law of marriage and divorce. This is exactly wrong.

Clearly, the way children are formed shapes the neighborhood, the community, the world. But in the U.S. the state says only: “Don’t get pregnant while you’re a teenager. Here’s some free contraception. If you’re 20 or older, do whatever.” It says: “Getting married is a snap. So is getting divorced.” It says: “If you get pregnant, do whatever. It’s your choice. If you’re poor we’ll give you enough money to scrape by, but we have no idea how to help you move forward.”

All of this indicates what a next administration needs to do to ameliorate our abortion situation. First, never ever dodge or lie about what legal abortion is or who it wrecks. It licenses killing, but only within the family. It tears a hole in a mother’s psyche. Honesty on this point is foundational to the rest. Without respect for human life, qua human life, why would we care to sacrifice as a nation to promote human love, marriage, and family life?

Second, stop lying about the importance of the family, and start orienting every law and policy even touching the family toward fostering and stabilizing it.

Next, stop pretending that individualistic programs touting sexual consent plus contraception are helping build up male/female relations, marriage, or parental willingness to care for children. They do the opposite.

And finally — whether it’s a matter of reenvisioning educational or employment, or training or housing, or whatever policy — pursue radical solidarity with those Americans falling further and further behind. They want and deserve dignified employment at a living-wage. They have a right to a standard of living sufficient to realize a vocation to marriage and parenting.