My husband says he was a secular, pro-choice liberal when I married him 27 years ago. Whatever he was, I didn’t think of him that way when I handed my life over to him.

I saw only a decent, entirely upright soul that was near tabula rasa, as far as things transcendent were concerned. His was a natural innocence. There was no way for him to understand the workings of the Creator, since no one had ever talked to him of God.

As far as being pro-choice, I had never heard him advocate for abortion, either individually or collectively. Besides, our first child was born 10 months to the day after our wedding, proof enough that he was as open to life as I could have hoped.

Ask him, and he will tell you that his pro-choice position could be attributed to the fact that he had always moved in circles where the right to abortion was considered sacred, where it was assumed that pro-lifers were retrograde theocrats and likely misogynistic. 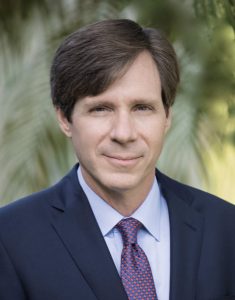 Steven A. Christie. (Image via speakingfortheunborn.com)

All those years in that environment prepared him, he thinks, for the writing of his new book, “Speaking for the Unborn: 30 Second Rebuttals to Pro-Choice Arguments” (Emmaus Road Publishing, $11.95). He knows pro-choice arguments, as well as the dubious propositions they are based on.

Steven attributes one pivotal moment in his medical training as the catalyst for his change of mind. It happened when we were in medical school together. Just off the anatomy lab was a dark alcove lined by tall shelves. On the shelves were glass jars, covered with the dust of years, and in each jar was a little fetus or embryo floating in formaldehyde.

It had been a long time since anyone had handled them and marveled at the spectacular complexity of the little bodies inside. Going into this alcove by chance one day, he was struck with sadness at their abandonment and hurt by their undignified treatment.

He described his feelings to our embryology teacher, describing his encounter with what he termed, naturally, “babies.” She reacted angrily. “Those are not babies,” she said. “They were never alive.”

It was her anger and defensiveness that caused him to stop and think. The embryos and fetuses on the shelves were not only clearly human, but also at one point alive by the biological definition of life that we employed in our medical studies. It seemed to him that her vehemence was that of someone who tries to deny what they know to be an incontrovertible truth.

That was just the beginning for him. Medicine continued to enlighten his understanding about the dignity of the unborn. Many times he assisted at advanced miscarriages and held in his hands the fitfully struggling and expiring babies that were born too soon to save and whose first breaths were their last. It was with great reverence that he placed these babies, the same age as the babies in the jars, in a weeping mother’s arms, and put a comforting hand on a stricken father’s shoulder.

Now, the man who wondered at his wife’s endless enthusiasm for diaper drives and sidewalk demonstrations is as passionate in defense of life as any happy pro-life warrior.

In addition to his medical training, what gives Steven an advantage is having intimate knowledge of arguments against the pro-life position. He also knows from experience that many times it happens that a friend, an acquaintance, even a stranger, provides an unexpected opening to defend the sanctity of life when they express a pro-choice argument.

Pro-life advocates need to be ready with a sensible and pithy response, since we usually just have a few seconds to change a mind and move a heart.

Steven’s new book provides rebuttals to the most common pro-choice arguments, employing not religious reasons to defend life but ethical, scientific, and social justice reasons that everyone can understand. Always expressed with sympathy for those who have never been taught better, and real compassion for those who have already been hurt by abortion.

I also recommend the accompanying website, Speakingfortheunborn.org, which has explanatory videos about the science and the ethics of abortion. It has pictures and videos of unborn babies for downloading, because there is nothing better than an image to bring home the truth.

As his wife, I’m obviously proud of Steven for writing this (yes, I know I’m biased). But like my fellow Angelus contributors Bishop Robert Barron and Scott Hahn (who have both endorsed the book), I know works like Steven’s are part of a bigger battle to overcome the cruelty of abortion; a battle that will be be won not when the legal stars align, but when every heart aligns with the gentle promise of Our Lord: “I came that they may have life, and have it in abundance.”