The spokeswoman for France’s bishops’ conference clarified Wednesday that the country’s Catholic leaders do not intend to compromise on the Church’s teaching that the confessional seal is sacrosanct.

“One cannot change the canon law for France as it is international. A priest who today would violate the secrecy of the confession would be excommunicated,” Karine Dalle, the communications director of the French bishops’ conference (CEF), told Solène Tadié of the National Catholic Register on Oct. 13.

“This is what Archbishop Moulins-Beaufort wanted to say last week after the publication of the Sauvé report, when he said that the seal of confession was above the laws of the Republic,” Dalle explained.

“He spoke the truth, but this truth is not audible in France for those who are not Catholic, and not understandable in France in the midst of debates on so-called ‘religious separatism.’” 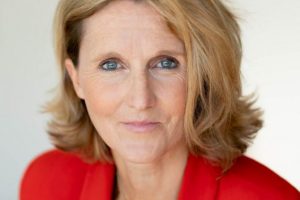 Moulins-Beaufort, the bishops’ conference president, was invited to a meeting with France’s interior minister Gérald Darmanin following his comments about the confessional seal in an interview with France Info, which caused an outcry.

After the meeting on Oct. 12, media reports suggested that the archbishop had conceded that priests should inform police of admissions of abuse made by penitents during confession.

The reports provoked consternation among Catholics.

While French law has long recognized the Church’s strict rules about the confidentiality of the sacrament, the government is now contemplating amending the law for confessors, as it has done with lawyers and other secular professionals.

“[T]here have been conditions introduced within professional secrecy, which oblige some professionals when there is an abuse committed on a minor under 15 years old, to report to the competent authorities,” she said.

“If a lawyer or a doctor has knowledge of the abuse of a minor under 15 years of age, he or she is obliged not to respect professional secrecy. This is to prevent further crimes, because pedophile criminality is compulsive.”

“What Interior Minister Darmanin said is that in the future, the seal of confession could fit into this framework. It wouldn’t concern all confessional secrecy, of course, but I don’t know where that will lead,” she continued.

“But if the state tells us [that priests must report crimes against minors revealed in confession] there would be an obligation to leave the secrecy of confession. This would mean that the priests concerned would be excommunicated by Rome,” Dalle said.

“There will certainly be some adjustments proposed, which Rome will accept or not. But no, in no case did Archbishop de Moulins-Beaufort say that the seal of confession would be put aside. He never said that.”

Moulins-Beaufort made the comments after the publication of a watershed report on abuse in the French Catholic Church.

The final report of the Independent Commission on Sexual Abuse in the Church (CIASE) said that an estimated 216,000 children were abused by priests, deacons, monks, or nuns from 1950 to 2020.

The independent commission, established by the French bishops in November 2018, spent 30 months investigating abuse within the Catholic Church led by Jean-Marc Sauvé, a senior civil servant.

Among the report’s 45 recommendations was a request for the Church to reconsider the seal of confession concerning abuse.

The Vatican has strongly defended the confessional seal in response to mandatory reporting laws introduced around the world.

In June 2019, the Apostolic Penitentiary issued a note reaffirming the inviolability of the sacramental seal.

Dalle said: “We know that if these rules were to be adopted, no abuser would ever go to confession if they knew that they would be reported if they confessed to abusing a minor under the age of 15. That’s also problematic.”

“The same is true for children, for whom confession is a space to speak. Confession allows the child’s word to be released. And when the confession is over, the priest waits for a moment and then goes to the child and asks him if he can say again what he said, but this time outside the confession.”

“This is what the anticlericals don’t want to understand,” Dalle said, “because they don’t know all this context.”