“Stories have the power to transform,” said Sarah Yaklic, chief digital officer for the Archdiocese of Los Angeles. “It is our hope that by giving LA Catholics a place to share their faith stories, we might inspire others to explore the gift of living a faith-filled life and transform the digital highways into a more merciful and compassionate arena.”

The debut video features Jake Detar, a local artist and father of four. Detar runs a music studio in Santa Barbara, and uses his faith to be a “voice of light in the music community” which he says is “desperately needed in our culture, where you can see so much darkness.” His faith helps him see music as a “natural good.” 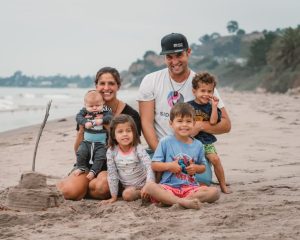 “As a father, the most valuable thing I can pass on to my children is trust,” he shares. “Trust in God no matter what comes at you.”

Future videos will be released monthly, and will feature other local Catholics who have used their faith to build their personal and professional lives.

“As Pope Francis reminds us in his 2021 World Communications Day Message, ‘come and see’ were the first words that Jesus spoke to the disciples who were curious about him,” Yaklic said. “Borrowing a page from the Master Communicator’s playbook, my team and I have set out to tell the stories of Catholics who know the Lord and want others to know him too.”