Sister Paula Vandegaer, a longtime pro-life advocate in California who helped to establish hundreds of pro-life pregnancy centers around the U.S. and the world, died Aug. 13 in Glassell Park surrounded by her fellow Sisters of Social Service. She was 82.

“Sister Paula,” as she was known, helped launch the pregnancy help movement that arose in the late 1960s after California, and later, the nation, legalized abortion. She was one of three founding members of Heartbeat International, the first pro-life pregnancy support center in the United States and the largest such organization in the world. 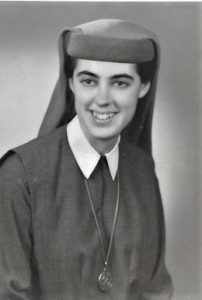 Sister Paula Vandegaer was a Sister of Social Service for 65 years.

An internationally known speaker, publisher, author, and consultant, she also founded and directed International Life Services, a nonprofit organization that promotes Judeo-Christian, life-affirming values; the Scholl Institute of Bioethics, a bioethical education and research center; and Volunteers for Life, a pro-life mentorship program and volunteer corps based in Los Angeles.

“Sr. Paula, in a unique way, radiated the joy and love that animate the pro-life movement,” said Daniel Mansueto, president of the board of International Life Services. “She made the world a better place by showing us, through her own life, how joyful and beautiful life can be when lived in service to God and others.”

Born in Kansas City, Missouri, to Thomas Vandegaer, a telegraph operator for the Kansas City Railroad, and his wife, Lillian, Sister Paula was raised in a devout Catholic family. At 17, she joined the Sisters of Social Service and attended Immaculate Heart College in Los Angeles, earning a Bachelor of Arts in psychology in 1963. Two years later, she graduated from the Catholic University of America with a Master of Social Work, becoming a licensed clinical social worker and psychotherapist.

It was an encounter in the early 1970s that sparked Sister Paula’s lifelong advocacy for abortion-vulnerable women and their children. As a counselor at Holy Family Services in Los Angeles, she met a young, pregnant client who was seeking adoption for her baby. During a follow-up visit, the client was upset and confused because a welfare worker had pressured her to have an abortion, saying she was “old-fashioned and dependent” for considering adoption.

“The welfare worker told her that abortion was new and safe and legal, and that ‘it’ was only tissue in the early stages,” Sister Paula recalled in an article about her early years. “We had quite a long discussion, and she decided there was nothing wrong with her if she placed her baby for adoption.”

The experience helped Sister Paula understand the intense, and often unsolicited, pressures women face in deciding to have a baby.

“I was absolutely furious,” she wrote. “I realized that something had to be done to protect these women.”

Within a few months, she had established the first crisis pregnancy hotline in Southern California, an innovation that helped to form and define the new crisis counseling movement in the United States. The first hotline volunteers — local Girl Scout troop leaders concerned about the well-being of young women — were trained by Sister Paula herself.

“It was all based on sound, scientific counseling principals: acceptance, nonjudgmental attitude, individuation, listening, and confidentiality,” she said.

“Most young women choose abortions out of fear, not out of desire,” she added. “When we deal with the fear, they universally choose life.”

Sister Paula’s approach advocated for both the pregnant woman and child, with equal, God-given value.

“While law and society often pit the interests of a mother against those of her unborn child, the Church recognizes that their best interests are joined,” she wrote. “What is best for the child is also best for the mother.”

Drawing from her experiences in creating the hotline, Sister Paula authored the first textbook for pro-life pregnancy counselors, “Introduction to Pregnancy Counseling,” which became an indispensable resource for birth support centers throughout the country.

She also published the first national research on post-abortion trauma in “Heartbeat,” one of her two pro-life magazines. Recognizing the need to treat women and men suffering from abortion’s emotional after-effects, she developed training programs for Project Rachel and other post-abortion counseling centers, “with special emphasis on reconciliation with others, self, and God,” she said. 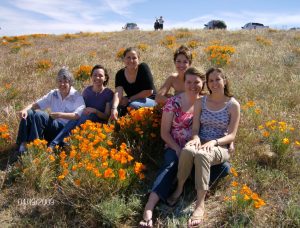 “She was on the frontline, and she took her knocks,” he said. “But she truly had a spirit of never giving up.”

Msgr. Moretta served with Sister Paula on the board of the Right to Life League in the 1980s. When he and several of his parishioners wanted to open a pregnancy help center in East Los Angeles, he knew exactly who to turn to.

“Sister Paula handled the insurance, the legalities, and even staffed the center,” he said, noting that the East Los Angeles Pregnancy Center still operates today.

“I call Sister Paula ‘godmother to us all’ for the generations of people she taught and encouraged to promote the intrinsic value of all human life,” said Jim Taylor, who worked with Sister Paula as the Respect Life co-chair at St. Anastasia Church in Westchester.

Taylor invited Sister Paula to speak at his parish when a euthanasia bill was moving through the California legislature in 1999.

“She had extensive experience with these proposals, providing a compelling case in favor of genuine dignity and palliative care, along with effective answers to opposing arguments,” he said. “Even to the most ideologically charged questions, Sr. Paula’s answers were the essence of common sense and expressions of care for all persons.”

As president of the Scholl Institute of Bioethics, Betty Odello, a former professor of philosophy and nursing, worked closely with Sister Paula to create public awareness about euthanasia, genetic engineering, organ transplantation, and other end-of-life issues. The institute, founded by Sister Paula in 1986, offers a speaker series, conferences, workshops, educational materials, and personal counseling to address bioethical issues within a Judeo-Christian context.

“I haven’t found anybody who understands the pro-life movement like she did,” Odello said. “She was a very, very smart lady. She had the bigger picture, and she wasn’t afraid to take on the tough questions.”

Odello described Sister Paula as “the saint I knew on this earth.”

“I feel blessed to have worked with her at all, to know that a human being can be so wonderful,” she said. “Sister Paula was just the epitome of what God wants us to be, and not many of us can live up to that.” 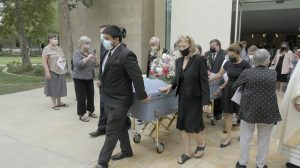 Sister of Social Service Jennifer Gaeta, who knew Sister Paula for 39 years, will remember her as a woman who balanced a deep interior life with “a wonderful sense of humor.”

“Paula was so darn funny. She could do one-woman skits and just have us rolling on the floor laughing. She had a wonderful sense of humor, and she had a beautiful laugh that I can still hear,” she said.

“In all the years I knew her, I never heard her say an unkind word about anyone. Not once,” she added. “Sister Paula had a very mystical connection with Christ and the Holy Spirit. She really did feel that she heard the voice of God.”

And that, perhaps, is what energized her relentless fight, one that ultimately was inspired by love.

“She devoted herself entirely to others — especially mothers and their unborn children — not laboriously as a duty, but joyfully out of love,” said Mansueto. “In doing so, she embodied the love and beauty that underly Catholicism and the pro-life movement.”