“When families are struggling to put food on the table and pay rent, it is absurd for the state to focus on expanding abortion when the real needs of families for basic necessities remain unmet,” said Kathleen Buckley Domingo, executive director for the California Catholic Conference (CCC) in a statement issued Dec. 9. “California doesn't need more abortion. It needs to support women and help them be the mothers they want to be.”

The report, titled ‘Recommendations to Protect, Strengthen, and Expand Abortion Care in California,” was released by the California Future of Abortion Council, a group made up of more than 40 abortion providers and advocacy groups, led by Planned Parenthood, and convened by Gov. Newsom, according to the Associated Press.

“We’ll be a sanctuary,” Newsom told the Associated Press in an interview about the proposal.

The groups’ 45 recommendations includes using taxpayer money to help pay for travel expenses, lodging, childcare, and abortion procedures for women from out of state seeking an abortion.

Domingo noted that not one of the group’s recommendations considers alternatives to abortion and there is no discussion of the factors that cause women to seek abortions. 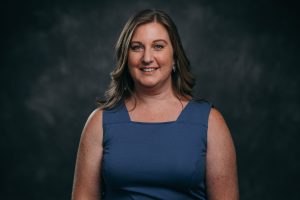 She said the groups’ plan would also violate “conscience protection for medical students by forcing them to be trained in abortion procedures” in order to receive scholarships, and force Catholic hospitals to either offer abortions or go out of business.

The report came a week after the U.S. Supreme Court heard arguments for and against upholding a Mississippi law that bans abortions after the viability limit of 15 weeks of pregnancy. During the Dec. 8 arguments, the majority of the justices appeared willing to let the ban stay in place, although analysts said the justices seemed uncertain whether to overturn Roe v. Wade or limit the degree to which it ensures a legal right to abortion on the national level. A decision on the case is expected sometime in the late spring or summer of 2022.

“As more and more states in the U.S. move toward restricting abortion, California seems only able to talk about increasing access,” said Domingo, who reaffirmed the bishops’ support for “non-violent solutions to issues that women face” such as affordable healthcare, paid family leave, and the resources offered by the more than 150 pregnancy care centers in California.

“In a state as diverse as California, with a budget surplus of $31 billion, why aren’t we exploring options that genuinely empower women instead of encouraging the ‘quick fix’ of abortion, which does nothing to solve underlying concerns?” said Domingo.

Utopia or salvation? Behind Latin America’s losing its religion

Saint of the day: Agnes

The pro-life movement must focus on Democrats after Roe