Speakers urge pro-lifers to show compassion, change hearts one at a time

Olivia Gans Turner has been a prominent pro-life speaker for years, but it didn't always come easy.

But speaking out about pro-life issues is now a passion for Turner, a parishioner of St. Timothy Church in Chantilly, Virginia, who was one of dozens of speakers at the 50th annual National Right to Life convention in Herndon June 25-26.

"I knew I could do this. It was coming from my heart," said Turner, who realized "I must talk to people if the opportunity comes along, to the best of my ability."

That's something she now does often as the director of American Victims of Abortion, a program of the National Right to Life Committee, based in Alexandria, Virginia. She's also president of the Virginia Society for Human Life, which was the first state right-to-life organization in the nation when it was founded in 1967.

At the convention, Turner and dozens of other national experts on abortion, euthanasia and other pro-life issues gathered to support and encourage pro-lifers at the grassroots level; discuss emerging legal and social trends; and, perhaps most important, offer advice for those who have a heart for pro-life advocacy but want to gain confidence in speaking up, even if it's only one-on-one with friends or relatives.

Although lingering concerns about the coronavirus kept conference numbers lower than in some past years, when 1,200 or 1,400 people attended, hundreds of pro-lifers showed up from many states.

Attendees included Sharon Rooney, who told the Arlington Catholic Herald, newspaper of the Diocese of Arlington, Virginia, that she drove 18 hours from Sauk Rapids, Minnesota, with her brother and her dad, to attend her third national conference. Some sessions were livestreamed for online attendees.

At the opening prayer breakfast June 25, Arlington Bishop Michael F. Burbidge welcomed attendees and blessed their efforts. He prayed for the gift of perseverance, encouraging them to approach their work with "a spirit of unity, peacefulness and joy -- that's what the truth brings."

If they ever feel frustrated or discouraged, he said, they must remember to "trust in the Lord's promise. He will never, ever let your work be in vain -- he will use that work in ways we can never imagine."

The Rev. Gregory Seltz, executive director of the Lutheran Center for Religious Liberty in Washington, encouraged pro-lifers to focus on the small things, and be satisfied to change hearts one at a time.

"Most people want to be 'larger than life,'" but pro-lifers need "to have life be large in us and through us," he said.

Topics ranged from grassroots fundraising to a backgrounder on a case the Supreme Court will take up involving a Mississippi law that some call the biggest abortion case in 30 years -- Dobbs v. Jackson Women's Health Organization.

Several presenters focused on providing training, tools and talking points to help attendees become better advocates. One of the most popular was Turner's session, titled "When They Say ... You Say," a pro-life classic that has even been featured in a five-part series on EWTN.

Originally co-developed with NRLC attorney Mary Spaulding Balch, the presentation addresses the five most common categories of questions and challenges heard by pro-life speakers, and suggests how to respond "in a more substantial, effective, compassionate way," Turner said.

"The single most powerful thing a pro-life person has in their toolkit is their ears," she added. "Every pro-lifer can memorize what I call 'the fetal facts,' and they should. But really listening and not just giving a pat answer is the first step to opening the door to communication."

She said pro-lifers should try to understand and respond with compassion, rather than argue, because the person challenging them may be struggling to deal with the knowledge that someone close to them had an abortion, or even have had one themselves.

Harsh words or a judgmental tone could alienate them instead of winning them as an ally -- and that doesn't help babies, said Turner, who speaks openly about her own abortion in 1981.

She reminded pro-life advocates to smile, and avoid letting themselves become frustrated or angry; she said they should never utter certain words that have become strongly associated with opponents of the movement -- words such as "choice" and "fetus."

Instead of talking about "choices" she recommends using the words "decisions," "alternatives" or "options." The word "fetus" likewise has been "coopted" by the movement's opponents, she said, adding it now implies not a baby but "an object -- and too often, an unwanted object that needs to be discarded," she added.

Use the terms "unborn child," "preborn child" or "baby," she said.

Other presenters shared advice in sessions with titles such as "Tips for Changing Hearts and Minds," and "The Art of Pro-Life Persuasion." At the latter session, Lori Kehoe of the New York State Right to Life Committee said people need to be educated before they can be persuaded.

"The work is taking them where they're at and introducing questions. You have to start somewhere," she said. Kehoe distributed blank prayer journals and suggested participants "ask God, 'What can I do, how can I make a difference?'"

Raimundo Rojas, director of Latino Outreach for National Right to Life, said the best place to persuade people nowadays is on social media, where a heartfelt comment or post may be seen by millions. But he's learned to avoid snarky comments, he added; that's not the way to win hearts and minds. 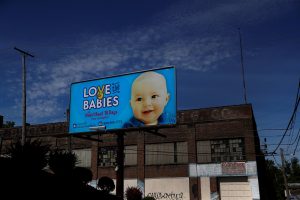 In her June 25 presentation "When They Say ... You Say," Olivia Gans Turner described five main categories of challenges pro-lifers hear.

Here are excerpts of her suggested responses from a presentation that has become a pro-life classic:

Science tells us that the new life a mother carries is a completely separate and fully new human being, Turner said. She added that by the time most abortions can be performed, the baby already has a beating heart and identifiable brain waves separate from the mother. This human being has the unalienable right to life and deserves full protection under the law.

♦ "A woman has the right to control her own body."

Every mother is faced with profound decisions to make for herself and her child, but "they are two people," Turner said, adding a woman has no right to kill her baby. Mothers facing difficult pregnancies require accurate and compassionate information about their baby's development as well as practical support, available through more than 3,000 helping centers around the nation.

♦ "Every child should be a wanted child" and other social arguments.

Poverty, abusive situations and other social problems exist and must be addressed, but "we don't solve these problems by killing people," Turner said.

♦ "If you make abortion illegal, there will be 'back alley' abortions."

The numbers often used by abortion supporters to back their claims are fabrications, Turner said, mostly made up by the pro-abortion lobby, as admitted by Dr. Bernard Nathanson, founder of NARAL. Turner said despite new drugs, the basic methodology of abortion has not changed much in 40 years. Legalizing abortion just gave abortionists "the ability to hang their shingle on the front door and stop using the back alley," she said.

We don't cure disease by killing the person who has the disease. If a baby with an abnormality is going to die an hour after being born, "it's a gross and horrible attitude to say 'kill it and try again," Turner said, adding that helping people process fear is the biggest part of this category. Also, perinatal hospice programs now exist in many localities.

The theology of baseball

Saints of the day: Crispin and Crispinian