Life, death, and the Eucharist: Why the world needs good liturgy

What is the Eucharist? Whether speaking to second-grade catechism students or non-Catholics alike, explaining the central moment of spiritual life for Catholics is difficult enough. But getting people to appreciate it is another — especially after pandemic restrictions last year that kept people away from the sacrament for weeks and months.

Still, the Eucharist is getting a lot of attention these days, with concerns about the lack of belief among ordinary Catholics in the Real Presence, talk of the “weaponization of the Eucharist” with respect to some Catholic politicians, and divisions among believers on how it should be celebrated.

To answer some of today’s more relevant questions about the Eucharist, I reached out to Father Neil Xavier O’Donoghue, a theologian and liturgist who is priest of the Archdiocese of Newark, New Jersey, but has spent the last decade as a seminary formator and theology professor in his native country of Ireland.

The Eucharist keeps Father O’Donoghue busy, and not just because he gets to celebrate it: In addition to his teaching duties at St. Patrick’s Pontifical University in Maynooth, Ireland, he is the author of several books and articles on the Eucharist and its history, and serves as executive secretary for liturgy for the Irish Catholic Bishops’ Conference.

In a Zoom interview, he shared his thoughts on a range of topics, including the limitations of seeing the Eucharist as a mere obligation, why good liturgy is worth spending money on, and why he hopes to be one of the few employed people in heaven.

What is the biggest challenge you see right now among Catholics when it comes to the Eucharist?

The biggest challenge of the Eucharist is to celebrate it.

I mean, it’s like having an obligation to breathe, or to eat, or to fall in love. Yes, humanity needs people to fall in love and get married. But those things can’t be reduced to the obligation, and it’s the same with the Eucharist.

In this month of November, when many people wonder about their connection with their beloved departed, one of the places where we are closest to our dead is when we gather in church. In the Eucharist, we’re close to the saints and the angels. The Eucharist is where the Church is herself.

One notable change in the ordinary celebration of Mass as a result of the Second Vatican Council (1962-1965) was the direction of the priest during the Eucharist: At left, the celebrant faces the altar at a priestly ordination Mass in Corpus Christi, Texas, in 1961. At right, Pope Francis faces the people during Mass at a parish in Rome in 2014. (Catholic News Service)

You say that the Eucharist cannot be reduced to a legal obligation, but something that gives life. Why did the Second Vatican Council emphasize the aspect of the community in the Eucharist? If the Eucharist brings me Jesus, why do other people need to be involved?

Because the Church is a community, and especially in the Catholic view, it’s not simply me and Jesus.

In the monastic tradition, for somebody to become a hermit, they have to spend many years in community beforehand preparing, because it can’t be just me and Jesus: It has to be each one of us as members of the Church, among many brothers and sisters with Jesus Christ as the oldest brother, as St. Paul says.

In the Eucharist, there’s this imagery of a family, of a community celebrating together. That’s why the angels and saints are part of every celebration, which is why we say “with the angels, with the saints, with the archangels, with the cherubim, and the seraphim” at the end of the preface in Mass.

Sure, all those figures are present at Mass. There’s St. Padre Pio, St. Pope John Paul II, but also there has to be my Auntie Mildred as well. There has to be that next door neighbor and these other people, because this is the nature of the Church. This is the way that God set up our salvation.

It’s also important to remember that our happiness comes when we are open to other people, whereas sin always has this effect of enclosing us in ourselves.

If you look at Celtic art, like the Book of Kells, you often see the image of a snake swallowing its tail. And if a snake swallows its tail, things aren’t going to end well. Eventually you’re going to turn yourself inside out, and this is what sin does to us. It makes us alone. It centers us in ourselves.

Pope Francis is always speaking against this self-referential temptation in Christianity: to only look at ourselves, to look at our belly buttons, and not to see the other, to not realize that I have a people around me. We have to realize that we’re not going to make it to heaven as a solo effort or by our own self-generated merit. The Lord desires to bring us there as part of a community, a people, and an assembly.

What you’re talking about reminds me of this popular quote attributed to Blessed Carlo Acutis, who called the Eucharist “the highway to heaven.” How theologically correct is that expression?

I would say it’s very correct. Obviously, God is God, and God can bring people to heaven without the Eucharist.

So it is possible that somebody who is an unbeliever, or who belongs to another faith, or who belongs to a Christian community that doesn’t celebrate sacraments — obviously, God can bring that person to heaven. There are many ways for God to bring them to heaven: by penance, love of Scripture, by their service, by the openness of their souls to the working of God, by their prayer. All these are ways to orient themselves toward God. 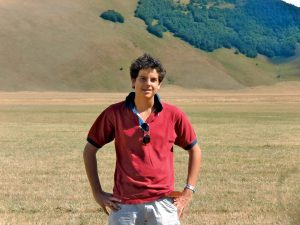 Born in 1991, Blessed Carlo Acutis created a website cataloguing eucharistic miracles around the world before his death in 2006. He is known for calling the Eucharist "the highway to heaven." (Catholic News Service)

But by actively participating in the Eucharist, we can kind of leapfrog into heaven. It’s an easier way to get there. And I suppose that’s probably the reason that God calls weaker people, generally, into his Church.

This is why in the Church we can never be too proud of ourselves, and we should never consider ourselves to be better than others. God calls the weak and he helps them, he covers them with more dignity and he gives them gifts like the Eucharist to help bring them to heaven.

What place should eucharistic adoration have in the lives of Catholics?

Eucharistic adoration is a very important devotion. It is a great consolation, and has been a great discovery in the Church. It has been one of the treasures of spirituality that have come about since the time of the Reformation and the Council of Trent. Much of its foundation can be found in the 13th century when Pope Urban IV instituted the feast of Corpus Christi and asked St. Thomas Aquinas to compose the liturgical texts for the new liturgical feast.

We have to remember that adoration is a moment for reflecting on what we receive during the celebration of the Eucharist. Adoration cannot substitute the Eucharist itself. The celebration is the source and the summit, and yes, we can bask in the afterglow of the eucharistic celebration. But ultimately, Christ became present in the Eucharist so that we might be transformed and become what we eat.

Becoming what we eat means becoming like Christ. It means that we can have a new nature, a new way of being. It means we can forgive our enemies and love those who persecute us. We can be generous. In situations where we might normally want to be stingy, we can give of ourselves. And we can help others due to our meeting with Christ in the Eucharist.

Depending on who you ask nowadays, you will hear the Eucharist being understood in terms of a sacrificial act, a moment of communal thanksgiving, or the Paschal Mystery — an action of God that brings us from death to life. Are those aspects all compatible with one another?

The answer has to be yes.

First of all, the Eucharist is so big that we can never fully understand it. But very clearly from the very beginning from the New Testament and definitely in the early Church, there is a sacrificial dimension to the Eucharist. This is Catholic teaching, this cannot change.

However, yes, there’s also an aspect of a communal thanksgiving. There is the Paschal Mystery. But all are insufficient attempts, in that while what they say is true, they cannot grasp everything. Still, everybody has to accept these aspects. You can have a personal or theological preference, or a preferred emphasis for one aspect or another, but neither side can deny the other. When we start denying the other, then we’re in trouble.

If you look at the Catechism of the Catholic Church, you will see there’s a very in-depth treatment of the Eucharist there. Then there is “Ecclesia de Eucharistia” (“Church of the Eucharist”) from St. Pope John Paul II. Then there are so many magisterial teaching documents, so many excellent books written about the Eucharist. We can never capture it all, but as long as we are being comprehensive, all of these interpretations are good. 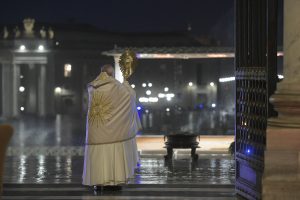 What’s the hardest part of getting people, even your students — priests and seminarians among them — to appreciate the gift of the Eucharist?

I think there’s a danger that the Eucharist gets lost among the many other good things that the Church does. The Eucharist has to be given priority.

If we invest our time, energy, talent, and our money in the celebration of the Eucharist, then we will receive more back from it.

If we see that fewer people are going to Mass, we shouldn’t just say, “Well, they should go to Mass, it’s their responsibility, it’s their duty to go, they should be loyal to their local parish.” Instead, we should say, “What can we do? How can we make our liturgy more alive, more inviting?”

Perhaps the biggest insight of the liturgical movement of the 20th century and the Second Vatican Council is that if we celebrate in a better way, we get more benefit from the Eucharist: if we prepare people better; if, rather than a small percentage of Scripture that gets repeated over and over again, we have a more abundant lectionary over three years, that covers a much higher percentage of the Bible; if we have signs that speak to people; if we have the liturgy in a language that people can actually understand — if we make these changes, this can help our people to receive more.

In church, everyone comes as they come. Someone can show up to Mass hungover and you can have the Sistine Chapel choir singing, a resurrected Fulton Sheen preaching, and they receive nothing.

Another person, say Mother Teresa, can show up at a liturgy where everything is bad and she can go out totally transformed because she has such great faith. But in general, if we celebrate in a better way and invest more in this celebration, then in general, people will take away more from it.