If you’re a Western Christian, your spiritual ancestry is African

Most Eastern churches — whether they worship in Romanian, Bulgarian, or Old Slavonic — recognize that their ritual and devotional forms largely come from fourth-century Constantinople, where the liturgy was rendered in Greek.

Western churches will acknowledge that their own roots are Latin, but few of us in those Western congregations know that our Latin roots are African.

We call ourselves Roman Catholics, and the city of Rome was indeed preeminent in authority through the first three centuries of Christian history. The popes ruled from Rome.

In everyday business and conversation, ordinary Romans spoke the local language, Latin, which was the native dialect of the people in the region of Latium. But Greek remained the language of cosmopolitan activity: international trade and diplomacy, for example, and Catholic faith. 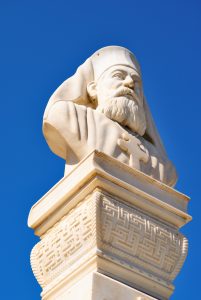 Monument to Archbishop Cyprian in front of the Cathedral of St. John the Divine in Nicosia, Cyprus. (Shutterstock)

Strangely enough, it was far from the capital city that a vigorous Christian Latin culture first developed.

Carthage was the great administrative and commercial center in the Roman province of Africa. At the end of a century-long war, it had been annexed by Rome and refounded as a Roman colony. The Italian soldiers and merchants who settled there spoke one or another dialect of Latin and were much less interested in Greek than their faraway rulers were.

As Rome became an empire, Africa emerged as a key province, strategically important for military and administrative reasons, but essential also as a source of food and other goods.

Carthage prospered and developed its own distinctive literary culture and style. In the centuries before Christianity took hold, Africa produced the playwright Terence, the novelist Apuleius, the historian Suetonius, the rhetorician Fronto, and the jurist Salvius Julianus, who compiled the standard collection of precedents in Roman law.

Africa’s intellectual culture was Roman, but influenced also by the Punic and Berber peoples who claimed the land as home. Nevertheless, it was unabashedly and unreservedly Latin.

We have no clear knowledge about the rise of Christianity in Roman Africa. The Church appears rather suddenly in the archaeological and documentary remains from the end of the A.D. 100s — and it appears fully formed, thriving, with members from every social class. 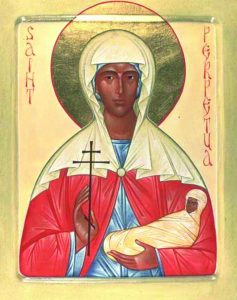 The earliest piece of evidence we have is a civil court transcript from July of the year A.D. 180. It records the interrogation of six Christians from the Numidian town of Scillium, and it refers to six of their co-religionists who had already been tried and found guilty.

Of the 12 who were tried, seven were men and five were women. They were literate. The magistrate observed that one of them carried a satchel full of books, and he asked the man to identify the contents. He replied that they were books by St. Paul, whom he called a “righteous man.”

The defendants engaged in firm but polite apologetics as they responded to the magistrate’s questions. This infuriated him, and he swiftly pronounced sentence. They responded: “Today we are martyrs in heaven. Thanks be to God.” All 12 were immediately decapitated.

The Scillitan martyrs possessed many of the qualities the world would come to associate with North African Christianity: intransigence, intelligence, and a joyful, sporting spirit. They also spoke Latin.

From this period — the beginnings of Latin Christian literature — the enduring works are almost all by North Africans. Theirs are the books most cited and anthologized to represent the end of the second century and the first half of the third century. In the span of a generation, Carthage produced giants such as Tertullian, Pope Victor I, St. Perpetua, and St. Cyprian.

Tertullian was the first and the greatest. His works mark the beginning of theology in Latin. He coined the word “Trinitas,” from which we derive the English “Trinity.” He popularized the use of the term “sacramentum” to describe the central mysteries of Christian religion. 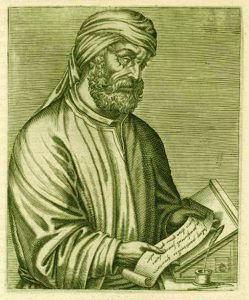 Tertullian was prolific, and he wrote with style, verve, and attitude. A lawyer of great renown, he converted in adulthood from the worship of the traditional Roman gods.

He wrote works of apologetics, defending the faith against its persecutors. He composed works arguing against various heresies. He published tracts and books on moral and devotional topics, and he is often credited with inventing the principle of religious liberty.

Writing in A.D. 197, he bears witness to an already ubiquitous Christianity. “We are of yesterday,” he wrote, “and already we fill the world and all your places: the cities, the islands, the towns, the municipalities, the councils, the very army camps, the tribunals, the assemblies, the palace, the senate, the forum. We have left you only your temples.”

Later in the same work he noted that Christians could be found everywhere in Roman Africa, walking, working, and shopping beside their idolatrous neighbors: in the marketplace, the shops, the baths, the workshops, the slaughterhouses, the inns.

Christianity may have been young in North Africa, but it was already flourishing, and believers there were fashioning a Latin Christian culture that would endure. 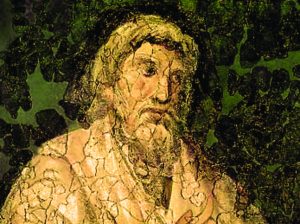 The Jesuit historian Josef Jungmann traced the origins of the Latin Mass to the province of Africa. Carthage may have been using the Latin vernacular in their rites for 50 years or more before the Catholics of Rome followed suit. Other liturgical developments — such as the introduction of offertory chants — began in Africa and were soon imitated by the Romans.

It is interesting to note that one of the few great Latin works to come out of Rome during those years — a philosophical dialogue titled “Octavius” — was actually written by a North African. The author, Marcus Minucius Felix, and his two companions in the dialogue, Caecilius Natalis and Octavius Januarius, all hailed from Carthage, though they were working as lawyers in Rome.

Through the first half of the fourth century, Africans continued to exercise a profound influence in ecclesiastical affairs. The rhetorician Arnobius wrote persuasive apologetical works, and seems to be the first to use the proposal later known as Pascal’s Wager.

Another African, Lactantius, became the chief Latin rhetorician of the Eastern Empire. He composed the Church’s first catechism and the definitive history of the Roman persecutors.

St. Augustine’s achievement was monumental. He invented the genre of autobiography. He wrote classic foundational texts on morals, the theology of the Trinity, the theology of history, the interpretation of Scripture, and many other subjects. He negotiated or argued several major heresies into nonexistence.

Even the Protestant reformers, Martin Luther and John Calvin, relied on their interpretations of St. Augustine in forming their own opinions on grace and justification.

St. Augustine’s influence is so pervasive that, if he were the only Christian Africa had ever produced, then all Western Christians could trace their roots to his homeland.

But he was far from the only one. He was one of millions.

Roman Africa included territory that is today occupied by Libya, Tunisia, Algeria, and Morocco. By the time of St. Augustine, most of the population of those lands had embraced the Christian faith.

African Christianity, however, was not confined to that province. In the first four centuries of the Church’s history, the faith flourished in Egypt, Ethiopia, Sudan, and Eritrea. Each of those produced a distinctive Christian culture.

Ethiopia was home to the first African Christian to appear in the historical record (see Acts 8:26–40). Later Ethiopians carved monumental churches out of a single mass of stone, and they still stand today, more than 1,500 years after construction.

Egypt exerted a tremendous influence on the West through its great school at Alexandria, the first Christian theological academy. Alexandria also gave the Church many titans of learned holiness, such as Origen, Athanasius, and Cyril.

But no place on earth proved as crucial for Western, Latin, Roman Catholic Christianity as the ancient province centered in Carthage.

The African master of provocation, Tertullian, once asked the question, “What has Athens to do with Jerusalem?” He meant to draw a sharp distinction between the classical heritage of the West and the emerging Christian faith. Western Christians are still pondering that question today.

However we answer Tertullian’s question, we should perhaps see Africa looming as large as (or larger than) Athens in our particular heritage.