Nonsense and disorder in ‘The Order’

“Have you ever noticed that every time you come near the Vatican, something goes wrong?” asks a character in “The Order,” the brand-new spy novel by Daniel Silva.

The question might serve as a warning to writers of potboilers: When they turn their gaze to the Catholic Church in general and to the Vatican in particular, they often stumble into a trap of clichés: murderous monks, conspiracies behind conclaves, and scandalous documents buried in secret archives.

They’ve been doing it at least since the heyday of the Gothic novel in the 19th century and they’ve kept at it, up through Dan Brown’s “The Da Vinci Code” in 2003 and into our own time.

Now Silva, who has sold more than 20 million copies of his thrillers, has fallen victim to this occupational hazard with “The Order,” his 22nd book overall and his 19th to feature series character Gabriel Allon, an Israeli intelligence agent.

I’m a loyal reader who has enjoyed almost all of Allon’s adventures, which have included thwarting Islamic terrorists and Russian oligarchs, saving the lives of world leaders, and even finding the ruins of Solomon’s temple.

As if these heroics weren’t enough, Allon is also an art restorer, and Silva’s stories include smart references to the likes of Caravaggio and Van Gogh. In “The Order,” for example, Allon visits Venice and touches up a painting by Tintoretto. (In addition, I’ve profiled Silva for National Review and I’ve had him as a guest on my podcasts.)

Silva has written about the Vatican in previous books, often with sympathy, and “The Order” begins with the passing of the fictional Pope Paul VII, a character whom readers first met long ago in “The Confessor.”

By the end of the opening chapter, his death has started to look a lot like a killing and another page-turner of a tale is underway. Soon, however, it slams into the hoariest of conventions: “a malignant, reactionary order with ties to Europe’s far right.”

Bankrolled by a German industrialist who is a “traditionalist Catholic” with the on-the-nose name of “Wolf,” the Order of St. Helena is a personal prelature run by the dastardly Bishop Richter.

Scheming with a dozen cardinals who “obey his every command,” Bishop Richter intends to seize power within the Church by way of bribes and homicides. He even has a bwahaha speech: “I sleep well at night knowing that in a few days’ time, the Church will be in our control. I will allow no one to stand in our way.” 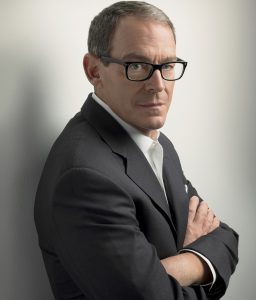 There is a real Order of St. Helena, by the way: Episcopalian women who live in a convent in South Carolina. On their website, they appear to be a friendly group of smiling sisters. They may not suffer the indignities that Opus Dei had to endure because of “The Da Vinci Code” and its ridiculous albino assassin, but in this strange and cruel era of social-media doxing, anything is possible.

“The Da Vinci Code” turns on Leonardo’s mural of “The Last Supper” and a hidden message that threatens the foundations of Christian belief. “The Order” recycles this plot point in the form of “The Gospel according to Pontius Pilate,” a Latin manuscript that the Church has “ruthlessly suppressed” because it “calls into question the New Testament’s account of the seminal event in Christianity.”

Silva describes this made-up chronicle as contradicting a passage in the Gospel of Matthew (27:24–25) that describes Pilate’s surrender of Jesus to a Jewish crowd for crucifixion.

“I am innocent of this man’s blood,” says the Roman prefect, and the throng replies with an oath: “His blood be on us and on our children!” In the world of “The Order,” this never happened; the Jews said no such thing and the Gospel of Pilate proves it.

For Silva, who is a convert to Judaism, these lines in Matthew are the toxic wellspring of two millennia of anti-Semitism, culminating in the Holocaust. The Nazis, explains one character, “could not have carried out the Final Solution unless Christianity had first plowed the soil. Hitler’s willing executioners had been conditioned by centuries of Catholic and Protestant teachings about the evils of the Jews.”

Later on, another character puts it this way: “There is a straight line between the teachings of the early Church and the gas chambers and crematoria of Auschwitz.”

This is a provocative charge, and despite the sensationalism of “The Order,” it deserves a serious answer. There’s no denying the truth that Jews have suffered mightily at the hands of professing Christians. Today’s church should speak out against it, and that’s what Pope Francis did earlier this year in marking the 75th anniversary of the liberation of the Auschwitz-Birkenau concentration camps.

“I will never tire of firmly condemning every form of anti-Semitism,” he told a delegation from the Simon Wiesenthal Center, a Jewish human-rights organization based in Los Angeles. This is a theological slam dunk: “Everyone who hates his brother is a murderer, and you know that no murderer has eternal life remaining in him” (1 John 3:15).

“The Order,” by contrast, seems more committed to aggravation than reconciliation, with its lurid portrayals of anti-Semitic priests who mock the Trinity.

Here’s how one of Silva’s collared hitmen describes his method: “I shot him on a bridge in Florence. Three times. One for the Father, one for the Son, and the last for the Holy Spirit.” At what point does such nonsense become to Catholicism what caricatures of hook-nosed moneylenders are to Judaism? 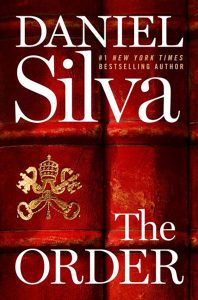 Silva seems to think that Judeo-Catholic relations depend on “excising the inflammatory passages from the Christian canon,” as he explains in a comprehensive author’s note at the end of the novel.

In this section, he cites the work of Reza Aslan, Bart D. Ehrman, and other academics who want to replace the Jesus of the Gospels with a Jesus of history, based on what they think modern scholarship reveals. Their work is often interesting and sometimes even spiritually invigorating, but it also can invent its own mythology, built on nothing more than their guesses and preferences.

There is a better response to the menace of anti-Semitism. Instead of bowdlerizing the Gospels, we should embrace them fully. Silva’s mistake is to focus all of his attention on a single part of a larger story and assume that it explains everything.

This ignores far too much. Are Jews responsible for the death of Jesus? That’s not what John 4:22 says: “Salvation is from the Jews.” Nor are Jews to blame in the Gospel readings on Palm Sunday, when Catholic churchgoers take on the role of the mob and utter condemnations such as “He deserves to die!” and “Let him be crucified!” as well as the blood-be-on-us line that distresses Silva.

For participants, the lesson is crystal clear: We’re all crucifiers. To believe that the Gospels justify anti-Semitism or any form of bigotry is to misinterpret them. It violates a fundamental command that appears in all four Gospels and functions almost as a mission statement for Christian living: Love your neighbor as yourself.

At one point in “The Order,” Allon and a priestly ally travel from Rome to Assisi. They discuss St. Francis and his determination to care for the poor. Then Allon says something unexpected: “I would never want to live in a world without the Roman Catholic Church.”

For my part, I’d prefer not to live through a summer without a new installment in this excellent series of novels — and I’m hoping that by next year, Silva returns to getting things right.