Over four consecutive nights in downtown LA, just a block from the Cathedral of Our Lady of the Angels, devotees from around the Southland came together for Mass.

Yet there was no priest officiating this liturgy. The audience inside the Walt Disney Concert Hall was made up of a variety of religious backgrounds — or perhaps none at all. And although prayers were sung, there was no Eucharist.

From March 31 to April 3, hundreds of Angelenos got to hear Wolfgang Amadeus Mozart’s “Great Mass in C minor,” one of the composer’s finest and most ambitious experiments with sacred music. The great work, which was mysteriously left unfinished by the Austrian composer, was performed by the LA Philharmonic together with the voices of LA Master Chorale and an international cast of soloists, and directed by legendary LA Philharmonic conductor emeritus Zubin Metha.

Despite this not being, strictly speaking, a religious function, Mozart’s “Mass” was (at least for this reviewer) a religious experience of sorts. Mozart’s masterpiece makes present mankind’s fall from grace, as well as its return to the beauty and light of its divine creator. In Mozart’s “Mass,” as in the Catholic Mass, the heavens and the earth, eternity and time, touch one another. 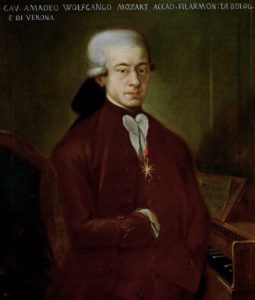 A portrait of Wolfgang Amadeus Mozart, known as the "Bologna Mozart," by an unknown artist, 1777. (Wikimedia Commons)

What makes Mozart’s “Mass” so extraordinary?

A Mass is a composition that sets to music the prayers of the ordinary of the Mass as they are still recited in church today: the Kyrie Eleison (after the Penitential Act), the Gloria (Glory to God), the Credo (I believe), the Sanctus and Benedictus (parts of the Holy). Masses were a popular genre during the Renaissance and the Baroque period, when sacred music made up a large share of any composer’s production.

Christianity played no small role in the development of classical music. As far as the history of music goes, Mozart stands at the end of a process that began in monasteries during the Middle Ages.

A distinctive element of music in the Western tradition is polyphony, the idea of multiple lines of music overlapping and forming what we call harmony. Music in the ancient world was monophonic: only one melody at the time, however complex. Notation, a system of signs designed to write down music, was spread during the reign of Charlemagne to standardize the chanting of prayers (then called Gregorian chant).

This system paved the way for the extraordinary developments of polyphonic music of the following centuries, including those of Mozart’s time: the Austrian was at the very top of this game.

Mozart wrote his “Mass” at a time when the genre was becoming less popular and much less in demand compared to the secular genres.

As Joanna Demers, professor of musicology and associate dean at USC Thornton School of Music, puts it, “Mozart’s Great Mass is a liminal piece, straddling the Baroque and Classical styles and comprising a major contribution to liturgical music even as Mozart was entering an incredibly productive phase of writing secular music, from string quartets to opera.”

Mozart was a child prodigy, who was paraded through the courts of Europe and began composing at an extraordinarily early age. Throughout his life, he remained a devout Catholic ­­— as it is clear from his letters — despite the fact that he joined a Masonic lodge in 1784.

There is no doubt that Mozart personally believed in the mysteries his composition was written to accompany. But there is something special about Mozart’s music that makes all of his production, and not just his sacred music, divine. The great 20th-century Catholic theologian Hans Urs von Balthasar went as far as famously declaring Mozart’s music “necessary.” 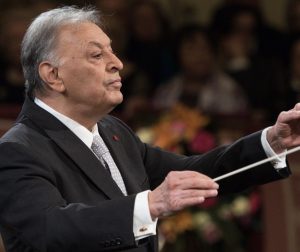 For David Albertson, associate professor of religion at USC, Mozart’s “Mass” is the kind of art that illustrates von Balthasar’s idea of “the marriage of freedom and necessity,” a testament to God’s beauty.

“Balthasar, himself a passionate musician, was convinced that Mozart excelled at this art more than any other composer,” Albertson said. “When you listen to Mozart, you never know where the melody might go. But once you hear the opening strains of a Mozart piano concerto or overture, you realize in retrospect it could not have been otherwise.”

Despite preconceptions about what the music for a Mass should sound like, Mozart’s “Mass” is everything but somber. The whole composition is permeated with joy. There’s little about it that can be dismissed as superficial.

“Mozart’s music still touches me very deeply, because it is so luminous and yet at the same time so deep,” Cardinal Joseph Ratzinger, the future Pope Benedict XVI, said in 1996. “His music is by no means just entertainment; it contains the whole tragedy of human existence.”

As I sat in the Walt Disney Concert Hall and took in Mozart’s “Gloria,” I had to admit he was right: The man’s music makes the experience of grace real. It makes you feel loved, embraced, lifted up. It makes you remember that after the cross comes the Resurrection, that all is forgiven, and every tear is wiped away. Despite all our limits, when God looks at us, he sees something extraordinary, unique, and good.

In von Balthasar’s view, Mozart’s compositions conjure the music of God’s creation before the fall of man, “in which suffering and guilt are not presented as faint memory, as past, but as conquered, absolved, transfigured present.”

In other words, Mozart’s “Mass” brings us back to where we were (paradise), and makes us look ahead to our final destination (heaven) and long for the time when we will be restored to the perfect joy of communion with God.